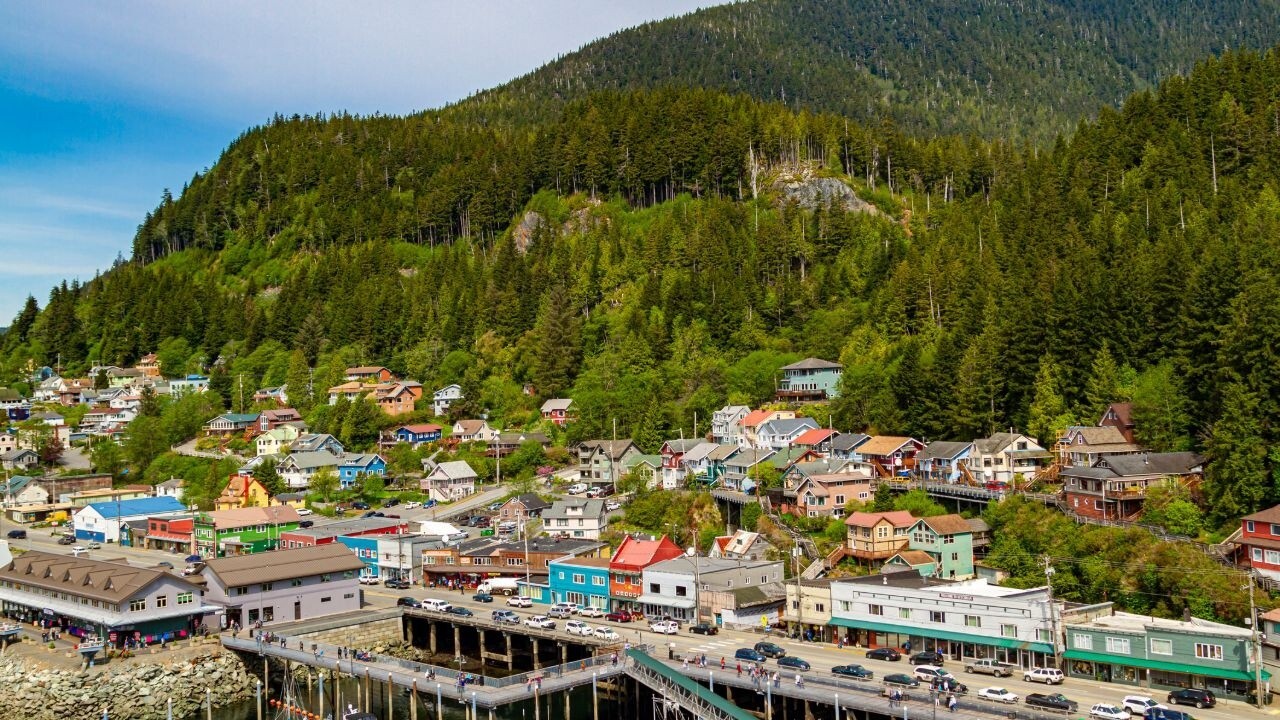 Gov. Mike Dunleavy, R-Alaska, on suing the CDC over its cruise ban and the Biden administration not letting his state mine for rare earths and minerals.

The Biden administration's decision to unilaterally suspend the leases, pending an environmental review, reversed a law passed by Congress in 2017 that permitted drilling in the wildlife refuge. Former President Trump in the final days of his administration auctioned off 11 oil leases in the region.

"It's an all-out effort to stop what Alaska was purchased for by William Seward," Dunleavy, a Republican, told FOX Business. "We're in the process right now of exploring all of our options."

Seward, who served as secretary of state under former presidents Abraham Lincoln and Andrew Johnson, negotiated America's purchase of Alaska from Russia in 1867 with the hope of finding valuable resources that would transform the U.S. into a world power.

Dunleavy says the Biden administration is doing just the opposite, noting the ruling will "weaken America" to the benefit of China, Iran, Russia and Saudi Arabia as production will move elsewhere, to places like Africa, South America and Asia, which don’t have the same environmental standards.

Because of this decision, "the environment will lose, we’ll lose the jobs, we’ll lose the wealth, we'll lose the revenue and we'll lose the opportunity," Dunleavy said. He added that the Biden administration should instead allow the drilling to proceed and use the federal government’s cut to invest in renewable energy sources like hydro, tidal and wind.

The 11 leases, which raised $14 million and permit drilling on 2,000 acres within the 19 million-acre Arctic National Wildlife Refuge, were won by three bidders. Nine of the leases went to the Alaska Industrial Development and Export Authority, a state agency, while the remaining two were won by Anchorage-based Knik Arm Services and Regenerate Alaska, a subsidiary of Australia-based 88 Energy.

The expectation was that the leases would bring investment, jobs and revenue to an Alaskan economy that is just climbing out of the deep hole caused by COVID-19. The pandemic sent oil prices, which account for about 16% of the state’s revenue, spiraling and also wiped out tourist dollars generated by the summer cruising season.

It is too early to know how many jobs and how much revenue the project would bring, as officials would first need to know how much oil could be recovered. Once the leases were proven successful, the state would look to work with major oil corporations.

The oil discovered in the wildlife refuge would add volume to the Trans-Atlantic Pipeline, helping reduce the cost of shipment while bolstering Alaska’s production, which has fallen to about 500,000 barrels per day, or 25% of the 1988 peak. Alaska’s wells were once the crown jewels of North America, pumping out 2 million barrels per day.

The decision to suspend permits for drilling in the Arctic National Wildlife Refuge was the Biden administration’s latest effort to "transition" the U.S. economy away from fossil fuels.

"President Biden believes America’s national treasures are cultural and economic cornerstones of our country and he is grateful for the prompt action by the Department of the Interior to suspend all leasing pending a review of decisions made in the last administration’s final days that could have changes to the character of this special place forever," White House National Climate adviser Gina McCarthy said in a statement Tuesday.

Biden, on his first day in office, revoked the permit for the Keystone XL pipeline and at least temporarily paused drilling on federal lands and waters. He also reentered the U.S. into the 2016 Paris climate agreement and pledged to reduce greenhouse gas emissions from 2005 levels by at least 50% by 2030, among other things.

"The Trump administration was all about opportunity, it was unlimited," Dunleavy said. "This administration has made it clear it's about canceling and social engineering the future."