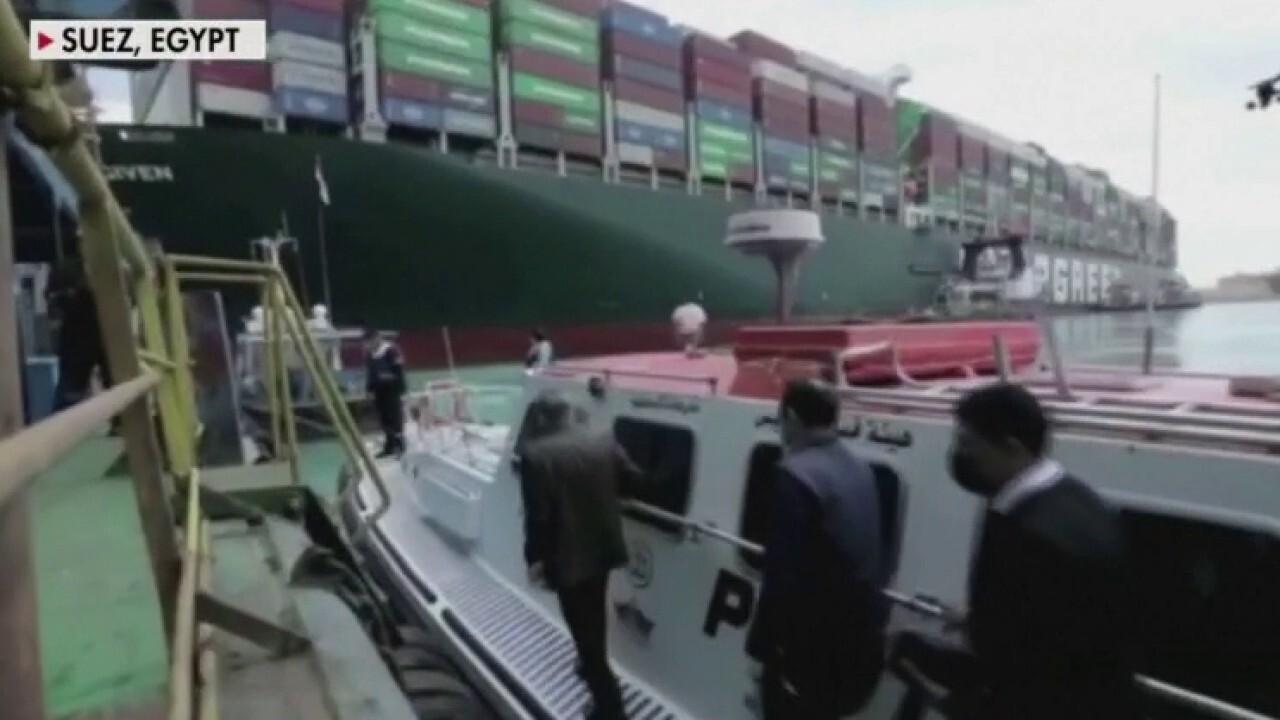 Egyptian officials continue to search for a swift remedy to free a stuck container ship that has been blocking the vital Suez Canal for several days.

The Ever Given, a Japanese-owned cargo ship, snagged the bottom of the canal and became wedged across the waterway, where it has remained since Tuesday.

Egypt has summoned two additional tugboats Sunday to aid the efforts of a number of vessels already involved in the days-long effort to dislodge the ship.

The Dutch-flagged Alp Guard and Italian-flagged Carlo Magno reached the Red Sea near the city of Suez early Sunday. The boats will try to nudge the quarter-mile-long container ship.

Dredgers also continue to try to shift sand from beneath the ship and clean off mud caked on the port side, said Bernhard Schulte Shipmanagement, which manages the Ever Given.

“Sunday is very critical," a canal authority pilot said. “It will determine the next step, which highly likely involves at least the partial offloading of the vessel.”

The pilot spoke to The Associated Press on condition of anonymity as he wasn't authorized to brief journalists.

Every day is crucial in the efforts to free the ship as the blockage has completely halted traffic through the canal and caused an estimated $10 billion in lost revenue daily.

The canal accounts for around 10% of all global trade flow, and the maritime traffic jam grew to more than 200 vessels on Friday.

Syria has begun rationing the distribution of fuel amid concerns of delays due to the blockage.

The situation has grown severe enough to draw the attention of the U.S. Navy, which Friday announced that it will send experts, including dredging engineers, to assist the efforts.

"The Suez Canal will not spare any efforts to ensure the restoration of navigation and to serve the movement of global trade," Lt. Gen. Ossama Rabei, head of the Suez Canal Authority, said Friday.

Bernhard Schulte Shipmanagement maintains that its “initial investigations rule out any mechanical or engine failure as a cause of the grounding.” However, at least one initial report suggested a “blackout” struck the hulking vessel carrying some 20,000 containers at the time of the incident.