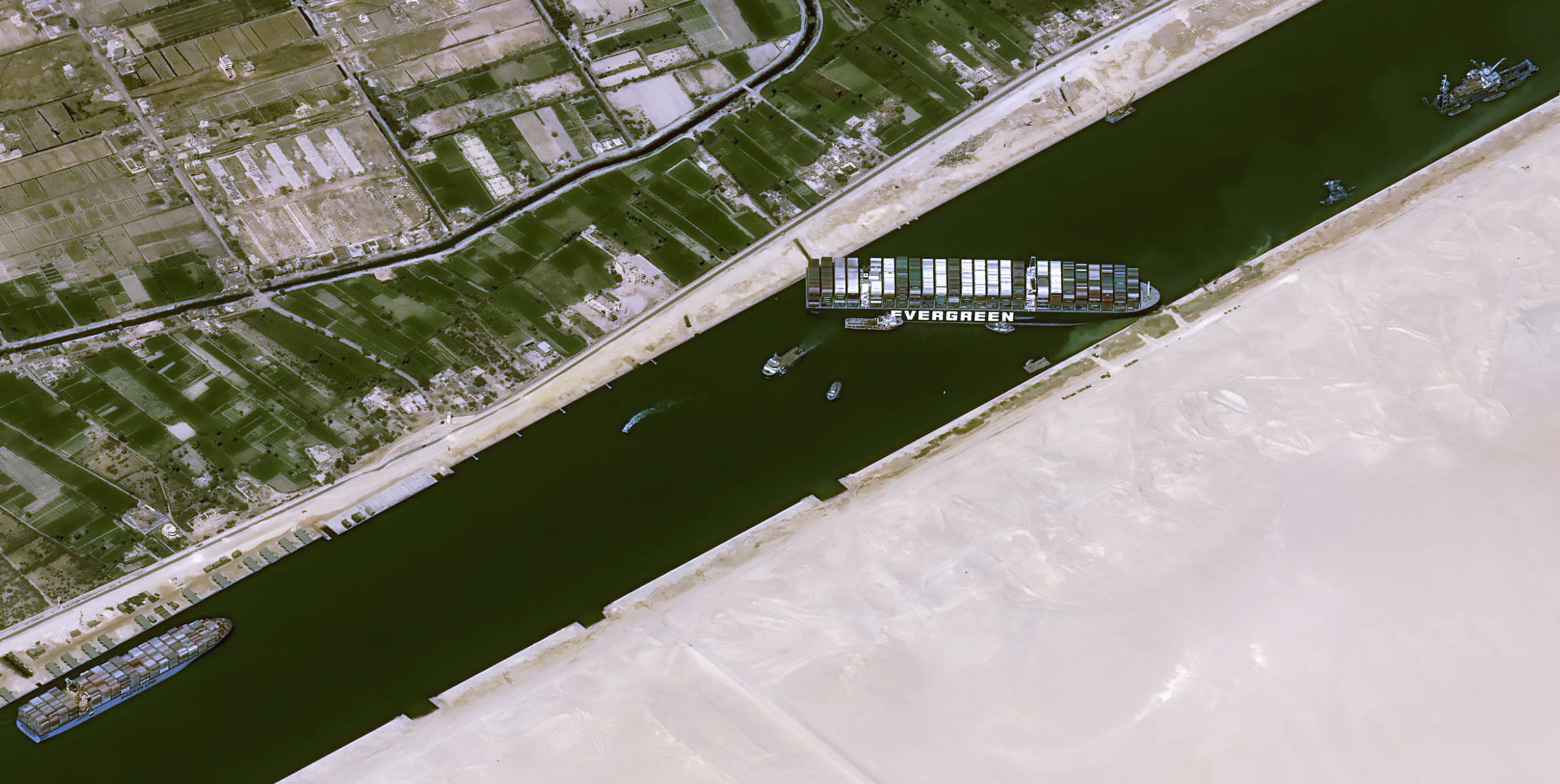 A large cargo ship has been stuck in Egypt's Suez Canal since Tuesday, disrupting traffic in the vital waterway as officials try to remove the vessel while others continue to await passage to transport goods.

More than 200 vessels are blocked in the canal, negatively affecting maritime commerce as the container ship remains stuck sideways. The disruption could cause as much as $10 billion in losses per day, according to some experts.

The cargo ship MV Ever Given stuck in the Suez Canal near Suez, Egypt, Thursday, March 25, 2021. The skyscraper-sized cargo ship wedged across Egypt's Suez Canal further imperiled global shipping Thursday as at least 150 other vessels needing to pass

Where is the Suez Canal?

The canal, a vital international passage where about 10% of the world's goods flow through, including oil, is located in Egypt. The passageway connects the Mediterranean Sea to the Red Sea. The waterway starts at Port Said and ends in the city of Suez.

The cargo ship MV Ever Given stuck in the Suez Canal near Suez, Egypt, Tuesday, March 23, 2021. (Planet Labs Inc. via AP)

The New York Times reported the canal is the world's longest without locks, which connect bodies of water at differing altitudes.

How did a ship get stuck?

The MV Ever Given, owned by the Japanese firm Shoei Kisen KK, grounded to the bottom of the canal Tuesday. The ship is about as long as the Empire State Building is tall. High winds possibly made the stacks of cargo on the ship mirror a sail and pushed the vessel off course when it became beached.

The U.S. Navy will assist the Egyptian government in an effort to dig out the giant container ship. Navy officials have pledged to send a team of experts to help.

"We have offered, and stand ready to assist Egypt, and will look to support any specific request we receive," Cmdr. Jessica L. McNulty, a Pentagon spokeswoman, said in an email to Fox News. "We continue to monitor and assess the situation, but have nothing to provide on any potential specific support at this time."

The ship remains grounded around 3.7 miles from the southern entrance to the canal.