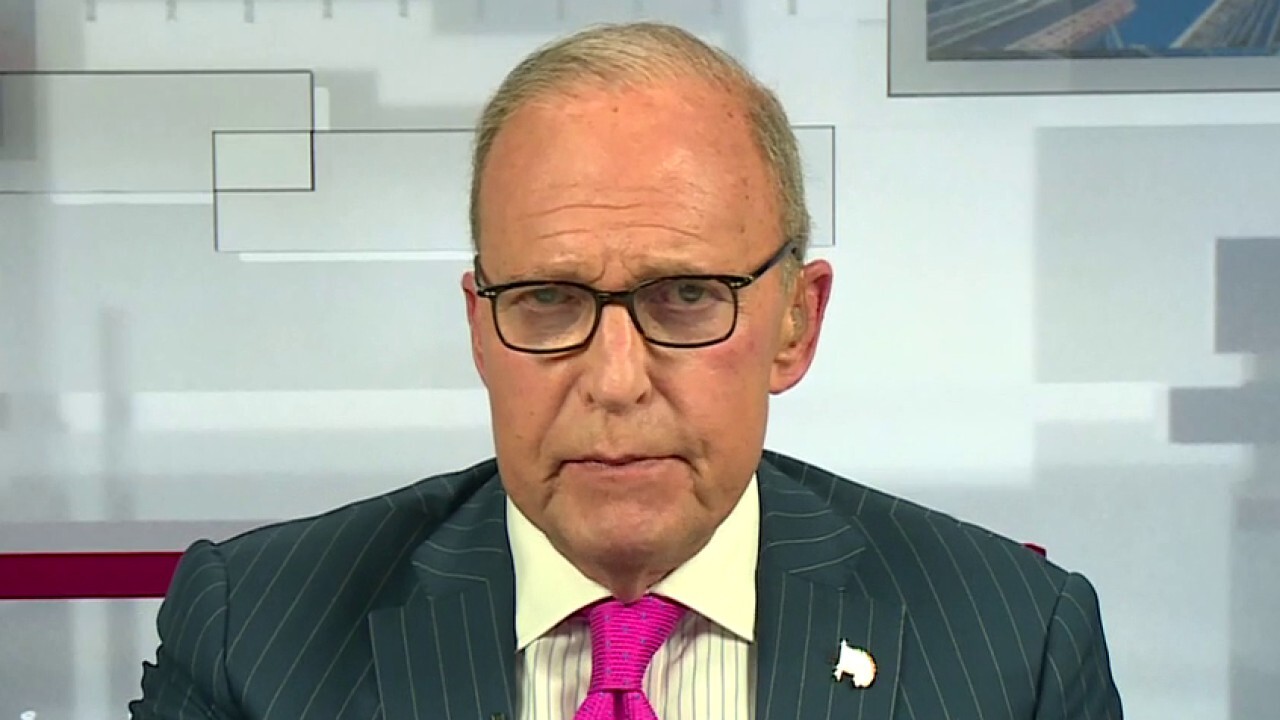 Larry Kudlow: 'Do not underestimate the V-shaped recovery'

Investors will begin the week with U.S. stocks just shy of record highs and the 10-year Treasury yield below 1.57%, a one-month low. Key inflation data due later in the week will be closely watched.

Wall Street will also have the first chance to react to U.S. Treasury Secretary Janet Yellen's meeting with G7 leaders and the progress made on a global minimum tax over the weekend, in part due to the Biden administration's efforts to sell the plan.

On Capitol Hill, Colonial Pipeline's CEO is set to appear and will likely defend his decision to pay cyber hackers over $4 million to free the largest U.S. pipeline from their grip.

On Monday Apple will take the spotlight as it opens its Worldwide Developers Conference, which will unveil a series of new updates coming to its platforms later this year. The keynote address will begin at 10 a.m. Pacific time, it's unclear if CEO Tim Cook will kick off the event which runs through June 11.

Elsewhere, some workers will return to the office. Facebook is reopening its San Francisco office to employees, while Blackstone Group is calling vaccinated employees back to the office and Rocket Companies is bringing back employees who told the company they are "more effective in the office."

These companies may set the tone for other corporations weighing work-from-home protocols.

In earnings news, a light calendar with Stitch Fix and Vail Resorts among the names reporting.

In politics, Vice President Kamala Harris will take part in her first foreign trip to Guatemala and Mexico. Harris will also discuss COVID-19 vaccination aid with the leaders of both countries.

On Tuesday, investors will take in April's trade deficit as well as the Labor Department's job openings (JOLTS) which may continue to show millions of positions available to be filled.

In earnings, Chico’s FAS and J Jill, are slated to report before the opening bell, and Casey’s General Stores, after.

Owners of Amazon's Ring and Echo devices will also be automatically enrolled in Amazon Sidewalk, which is aimed at helping the devices work better and even locate lost items. According to the company, the Sidewalk feature creates a low-bandwidth network that shares a small portion of your internet bandwidth with your neighbors. Amazon notes the feature has multiple layers of privacy and security to protect personal information. However, users are given the ability to opt-out.

Wednesday is among the busiest day of the week as Meme stock GameStop holds its annual shareholder meeting and reports earnings.

Chewy.com founder Ryan Cohen is also expected to be named chairman of the board.

RC Ventures, Cohen’s investment firm, has amassed an approximately 13% stake in GameStop with the goal of transforming the company into a major e-commerce player that sells a wide variety of merchandise with fast shipping. The stock has advanced 1,218% this year.

On Capitol Hill, Colonial Pipeline CEO Joseph Blount will be in the hot seat after a cyberattack temporarily shut down its 5,500-mile pipeline system the largest fuel delivery route in the country.

The attack prompted widespread panic buying that led to gas shortages at over 1,000 fueling stations across the East Coast. Russian ransomware group Darkside was held responsible for the hack and was paid a ransom of $4.4 million, according to Blount. Darkside had reaped more than $90 million from 47 victims before ceasing operations.

Since then other victims of cyberattacks have included the world's largest meat producer, JBS, the Mass Transit Authority in New York City, and the Massachusetts Steamship Authority.

In earnings, Brown-Forman, Campbell Soup, United Natural Foods, Vera Bradley, and Restoration Hardware are set to report. And on the economic calendar, wholesale inventories and sales, as well as weekly mortgage applications and the Energy Information Administration's weekly crude update.

On Thursday, fresh data in inflation comes with the consumer price index, as well as jobless claims, household wealth for the first quarter, and the federal budget deficit for the month of May.

It will also be a big day for the auto industry as Tesla is set to hold a delivery event for its upcoming Model S Plaid, which was rescheduled from last week after CEO Elon Musk said the electric vehicle needed "one more week of tweak."

The new F-150 Raptor features the first coil-spring rear suspension ever used on an F-150. It helps provide 15-inches of wheel travel to go along with the 14 inches in front.

And looking for a job?

Vehicle retailer CarMax will hold a hiring event as part of its effort to employ 1,800 people by the end of the summer. The event, which will run from 10 a.m. to 3 p.m., will take place at 16 of the company's locations across the country.

In vaccine developments, the Food and Drug Administration's Center for Biologics Evaluation and Research will also hold a virtual meeting on Thursday to provide a status update on its approach to emergency use authorizations for COVID-19 vaccines for individuals ages 12 to 17 as well as to discuss data needed to support a EUA and biologics license application for COVID-19 vaccines intended for use in children less than 12 years old.

On Friday, President Biden is headed across the pond to attend the Group of Seven summit in Cornwall, England from Friday through Sunday. He will also head to Brussels on June 14, where he will hold meetings with European Union leadership and attend the summit of leaders of the North Atlantic Treaty Organization.

"This trip will highlight his commitment to restoring our alliances, revitalizing the Transatlantic relationship, and working in close cooperation with our allies and multilateral partners to address global challenges and better secure America’s interests," she said in a statement.

Wrapping up the week for economic data will be the University of Michigan's preliminary consumer sentiment index.