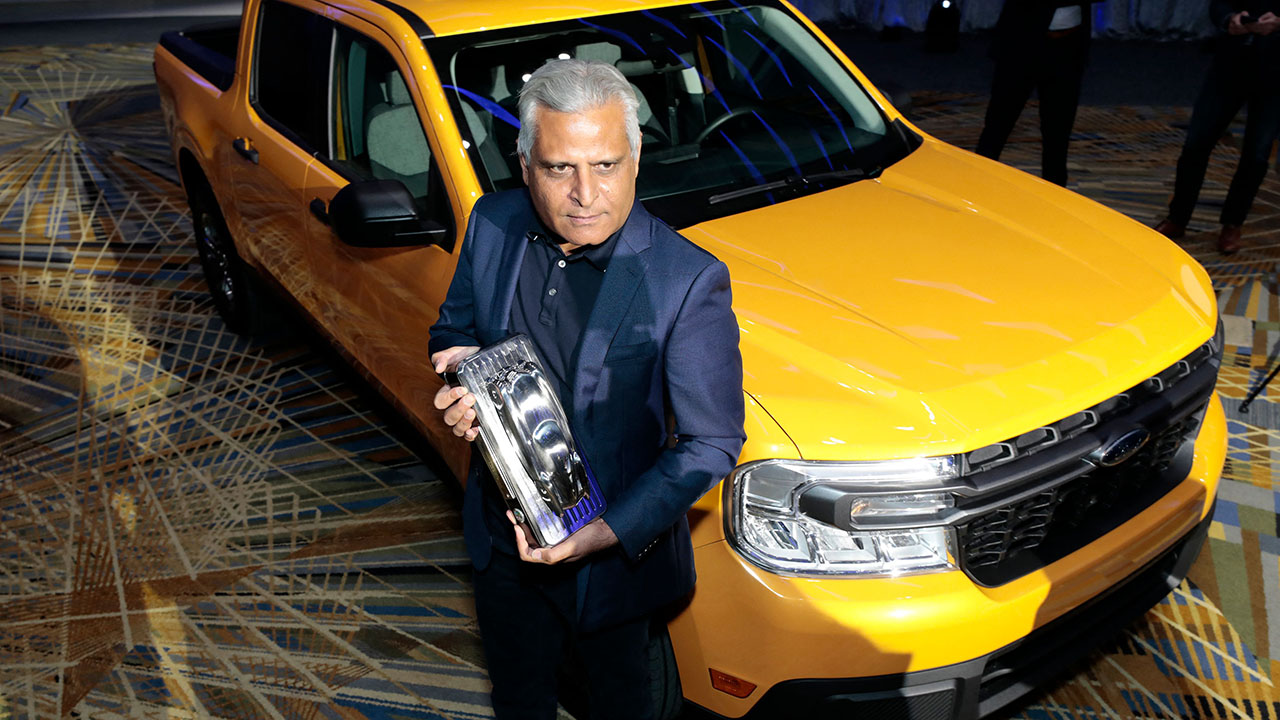 Ford is going full steam ahead with the electrification of its fleet.

Ford is increasing the planned production of the upcoming F-150 Lightning electric pickup due to strong demand. (Ford)

The automaker this month announced it is doubling the planned production capacity of its upcoming F-150 Lightning electric pickup and is also tripling output of the Mustang Mach-E compared to last year.

The move helped the automaker top $100 billion in market value this week, zooming past General Motors.

It also comes as the EPA enacts tough new fuel efficiency standards that will require automakers to reach a fleet-wide average of about 40 mpg by 2026, which electric vehicles will help achieve.

However, efforts by the Biden administration to increase incentives on zero emissions vehicle purchases have stalled along with the Build Back Better infrastructure plan they were included in, which would have provided buyers up to a $12,500 credit on purchases.

Plug-in Fords qualify for a $7,500 federal tax credit under the current program, but the company will soon reach the 200,000 sales threshold that triggers a phase-out of its eligibility, which Tesla and General Motors have already surpassed.

Kumar Galhotra accepted the North American Truck of The Year award for the Ford Maverick pickup, which is available with a hybrid powertrain. (JEFF KOWALSKY / AFP via Getty Images)

"I think a transition like this, in the entire industry, is a very important transition," Galhotra told The Fox Garage in an exclusive interview. "It reduces the CO2 footprint for the entire planet, and if the administration can help with those incentives, help the transition, both for the industry and the consumers, that would be very welcome and we continue to work closely with the administration, as well as the UAW to make sure that that happens."

But even without them, Galhotra, who is also the 2022 board chair of the Alliance for Automotive Innovation industry association, which represents most automakers operating in the U.S., said it's "possible" to achieve the new targets without the incentives, and that electrification will come, just not as quickly.

Ford is building a $5.6 billion electric vehicle complex in Tennessee that's expected to open in 2025. (Ford)

"The curve of adoption would eventually get there, but it would be slower," he said.

"With the incentives that adoption curve would go a lot faster and we fully support that."

Unlike some automakers like GM, Ford hasn’t committed to a time frame for going all-electric.

Ford CEO Jim Farley in December noted that fully electric vehicles aren’t yet suitable for all customers, pointing specifically to rural vehicle owners and Super Duty truck operators. Meanwhile, the company continues to introduce new hybrid and plug-in hybrid models across its lineups, like the new 37 mpg Ford Maverick compact pickup that was named 2022 North American Truck of The Year.