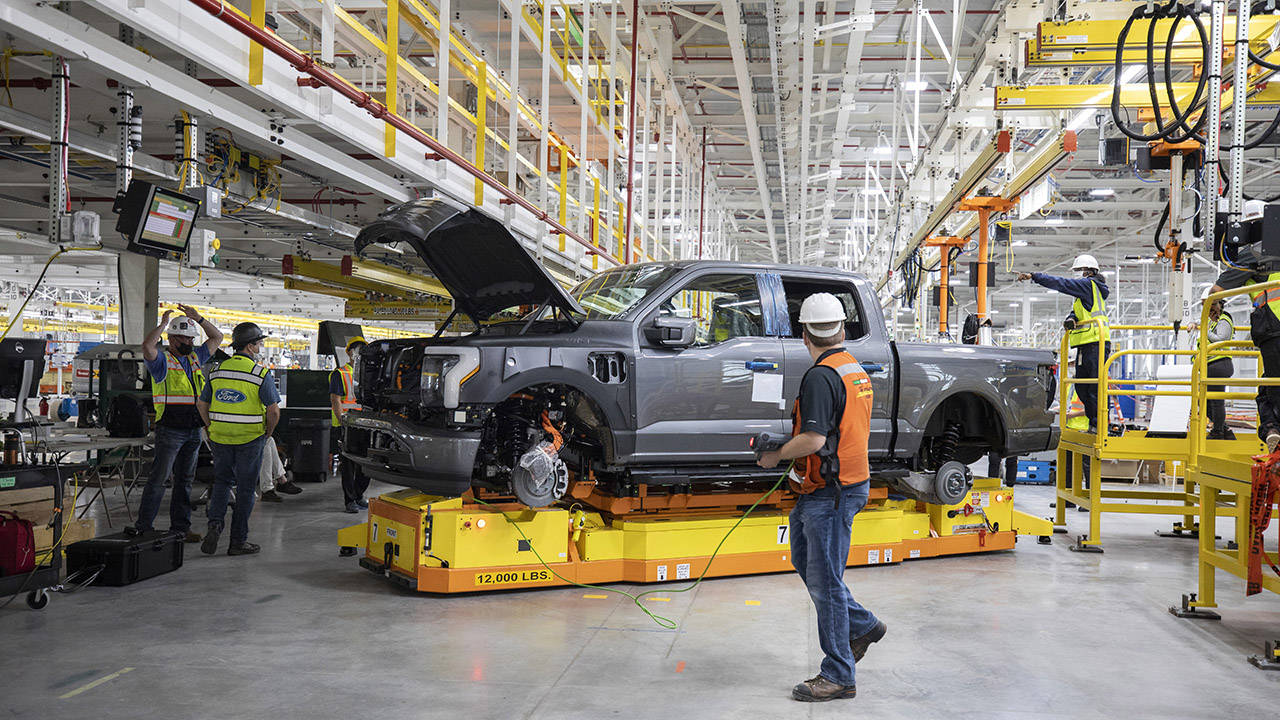 Ford is powering up its electric pickup production.

The Ford F-150 Lightning is being built at a facility adjacent to the Dearborn Truck Plant where the conventional F-150 is manufactured. (Ford)

The automaker has confirmed that it is increasing the planned capacity of the factory that will build the F-150 Lightning by nearly double to 150,000 trucks annually due to higher than expected demand.

The Rouge Electric Vehicle Center in Dearborn, Mich., is scheduled to begin manufacturing the full-size pickup this spring and a Ford representative told FOX Business it is aiming to reach the new run rate by mid-2023.

The F-150 Lightning is a heavily re-engineerd version of the gas-powered truck. (Ford)

Ford has over 200,000 reservations for the F-150 Lightning and holders can start converting them to firm orders on Jan. 6. Prices range from $39,794 to $90,474, depending on the model, before factoring in destination fees and available green energy tax incentives.

Ford CEO Jim Farley in December said the automaker will triple the current output of the Mustang Mach-E at the Mexican factory that builds it to 200,000 per year in 2023.

The F-150 Lightning is a heavily reengineered version of the current, conventional F-150, but will be replaced by an all-new, purpose-designed electric pickup that will be produced at an all-new factory Ford is building in Tennessee at "incredibly high volume," possibly as early as 2025.