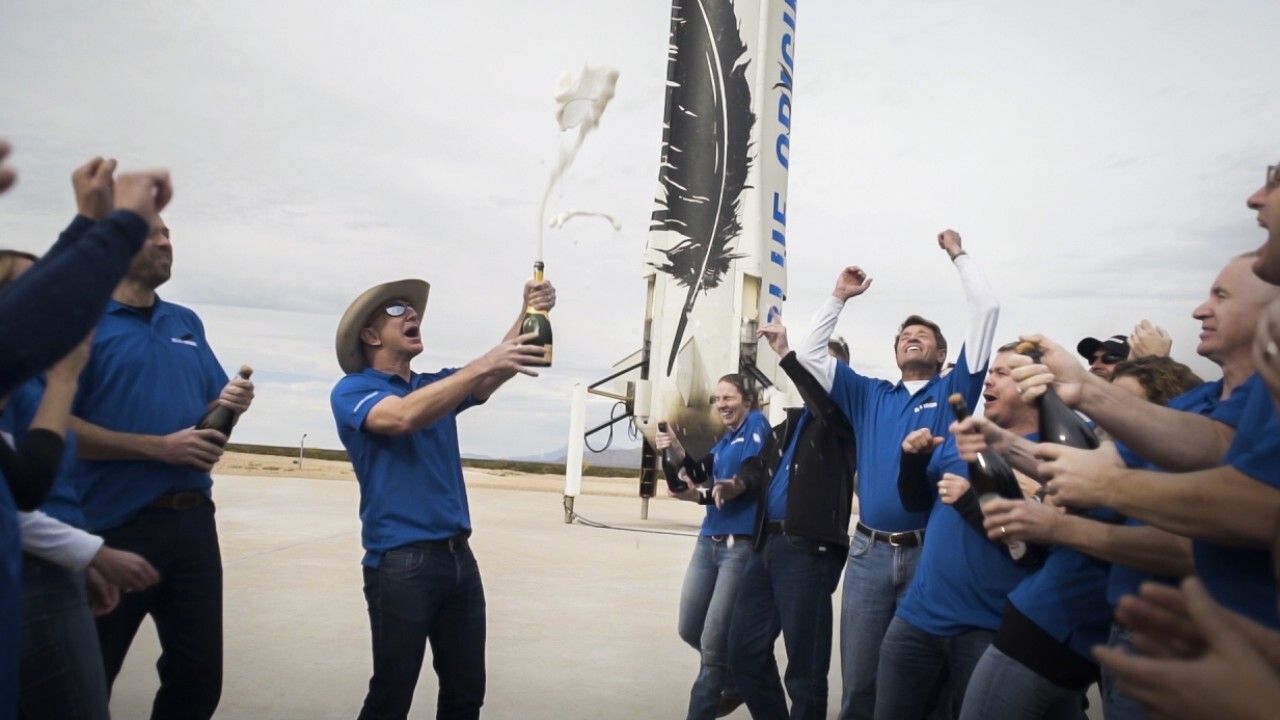 A thrilled Jeff Bezos had a message for his 1.3 million Amazon employees around the globe and millions of the e-commerce giant's shoppers after his historic launch into space on the New Shepard rocket.

Bezos and his crewmates touched down in the West Texas desert at the end of the Blue Origin’s New Shepard rocket on the 52nd anniversary of the Apollo 11 moon landing.

The e-commerce retailer, which Bezos took public in May of 1997, struggled with profitability for many years before finding its footing and then some. It is now a behemoth with a market value of $1.8 billion, expanding into freight travel, health care, the cloud via AWS, and video streaming.

It has made Bezos, who is 57 years old and the company’s largest single shareholder with a 13.6% stake, the richest man in the world with a net worth of $204 billion per Forbes. CEO Andy Jassy, who took over for Bezos this month and is the second-largest individual shareholder, is giving the Amazon founder more time to focus on his other projects.

"I'm going to split my time between Blue Origin and the Business Earth Fund" he clarified on Tuesday.

Bezos has funded Blue Origin via stock sales throughout the years. Amazon shares have gained over 182,859.2% since its 1997 IPO, as tracked by Dow Jones Market Data Group and for the past 12 months have risen 11%.

In the first quarter, Amazon netted total sales of more than $108 billion, a 44% jump from the same period a year ago, while operating income was $89 billion. The company also boasts 200 million Prime Members, according to a recent shareholders letter, and those customers pay an annual fee of about $119 per month for perks and discounts.

Amazon's next quarterly report is set for July 29.

Amazon has come under fire for aggressive efforts to keep its federal tax bill low, despite monster profits. Bezos, in April, released a statement supporting President Biden's plans to hike the corporate tax rate to 28% from 21%. "We’re supportive of a rise in the corporate tax rate," he said.

Bezos joins fellow billionaire Richard Branson in pioneering human space flight and paving the way for space tourism to become the next arm of U.S. travel.

He also disclosed he has secured over $100 million in private orders for space travel and plans two additional human test flights this year.