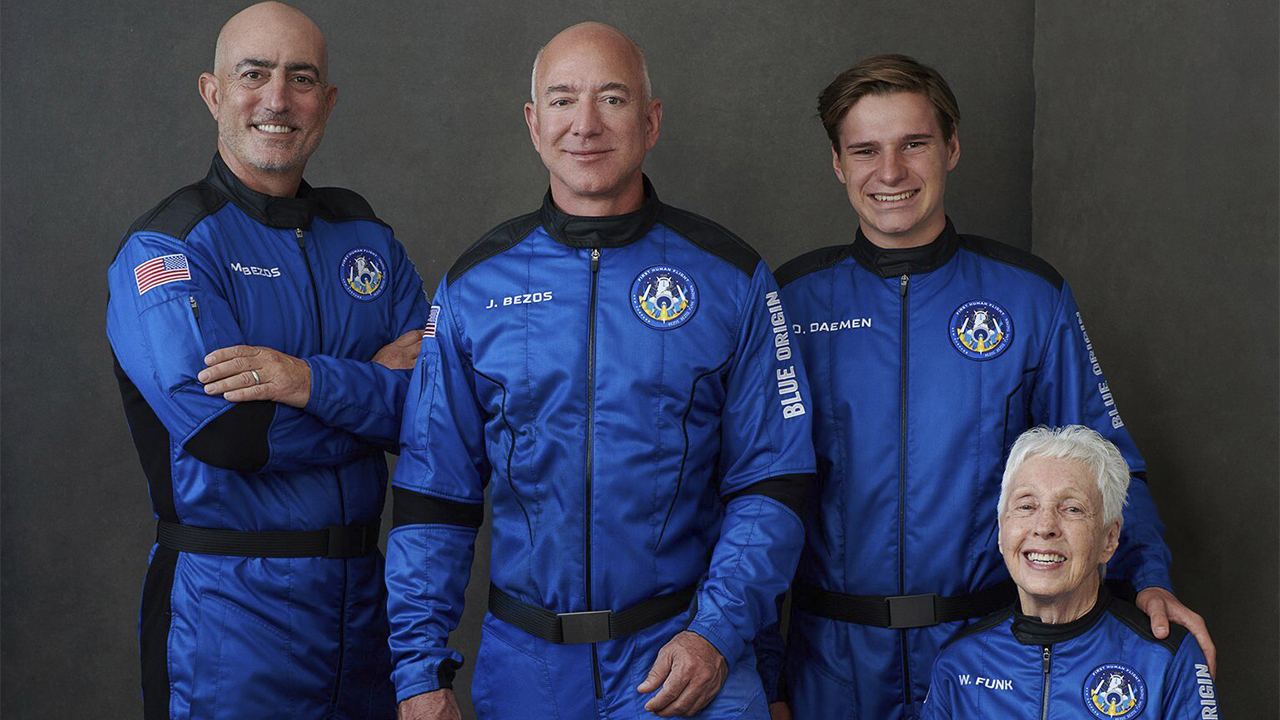 Jeff Bezos, the Amazon and Blue Origin founder, successfully launched into space and landed back on Earth Tuesday, all before 10 a.m. EST.