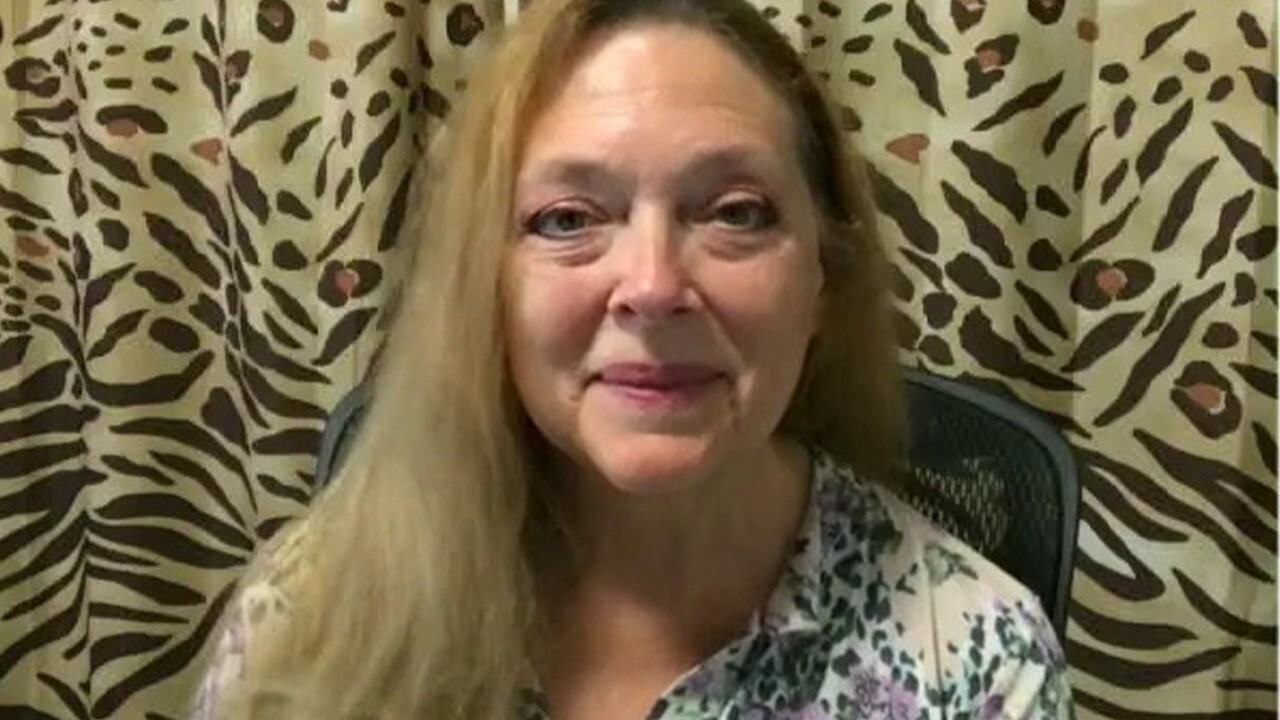 'Tiger King' star Carole Baskin on the launch of her cat-themed crypto coin.

Carole Baskin is "as happy as a lion with a bone."

The "Tiger King" star revealed she’s eager to issue a "purr-ency," or her own cryptocurrency.

The big cat enthusiast’s digital currency, named $CAT, allows fans to purchase feline-themed merchandise or experiences associated with Baskin’s Big Cat Rescue animal sanctuary in Tampa, Florida. According to an initial press release, the altcoin listed on Rally.IO "is not a currency for investment" and it starts at around $7.

"I’ve already had people reaching out to me from cat rescue groups saying if maybe there’s some way we can use this to help fund some of the things they’re doing," the 59-year-old told Fox Business host Stuart Varney during an appearance on "Varney & Co." on Thursday.

"So I don’t know," the animal activist shared. "Maybe it could turn into something later on. But that’s not what it is right now. Frankly, right now it is just a token for people to show their appreciation for big cat rescue and to get special perks."

Baskin explained the fan tokens would also encourage people to get excited about cryptocurrencies and NFTs.

"We’ve been trying to do this since 2012 and it just wasn’t ready for us," she insisted. "Now I think it is. Now mainstream media is actually talking about all of these cool ways that we can gather online in a virtual environment. And that’s what I see it as. It’s sort of a membership coin to get into that group."

But one thing fans shouldn’t bank on is the possibility of Baskin ever appearing in any follow-ups to "Tiger King," the hit Netflix docu-series that premiered in March 2020 during the coronavirus pandemic.

The viral series focused on Joseph Maldonado-Passage, also known as Joe Exotic, and his feud with Baskin, making them both sudden household names.

The 58-year-old is serving a 22-year sentence in a Fort Worth, Texas, federal prison for his conviction on charges that he participated in a murder-for-hire plot against Baskin and violated federal wildlife laws. Maldonado-Passage had since requested a pardon from former President Donald Trump.

"I told [the producers] to lose my number," said Baskin. "'Tiger King’ was not at all what it was sold to me to be. The producers, they told me that they were working on the ‘Blackfish’ for big cats. Something that would expose all of the abuse that cubs go through when they’re bred to be paid to play props."

"And instead it was a dumpster fire that people found so entertaining," Baskin shared. "But I think the tigers are the real losers in ‘Tiger King’ because their message was left on the cutting room floor."