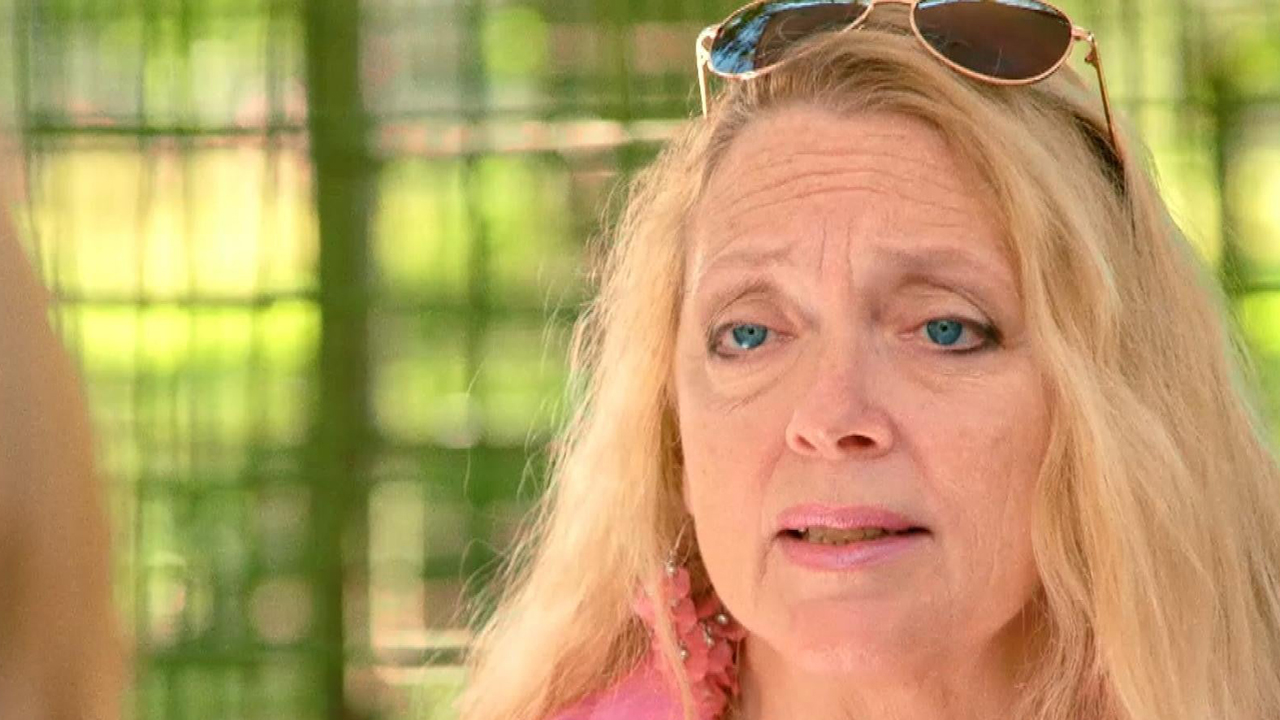 "Tiger King: Murder, Mayhem and Madness" star Carole Baskin is revealing her plans for Joe Exotic's former zoo now that she owns it.

Last June, Netflix viewers were floored to learn Baskin, 59, was granted control of the Greater Wynnewood Exotic Animal Park from Jeff Lowe, who had taken over the facility following Exotic's exit as owner. It was a shocking twist considering the Netflix series posed Baskin and Exotic, whose real name is Joseph Maldonado-Passage, as chief rivals.

Baskin spoke to Fox Business this week where she unveiled her plans for the Oklahoma property. She officially was able to assume her role as the owner on Oct. 3, 2020.

Reflecting on her stepping on its grounds, Baskin said: "We had to clean up the property. They left a lot of graffiti on the property and strewn rotting carcasses all over the place so we had to do all of that cleanup."

She's now gearing up to market and sell the 16.4-acre property, with one big exception for its future owners: "The caveat is that it can never contain wild animals again in any cages or be used as any kind of tribute to that entire horrible ordeal."

Baskin confirmed she has no plans to use the property for her own use but shared her vision of turning it into an RV park.

"It would have to be something else [other than a zoo]. I think the highest value that you could have for a property like this is an RV park," Baskin said.

'TIGER KING': A LOOK AT ALL FOLLOW-UP ADAPTATION PROJECTS

"It's in a really good intersection for that sort of thing and there's already a very small trailer park right next to it so I think expanding that or having something with a little bit more amenities would be a good use for it," she added.

Last month, Baskin spoke to Fox Business' Maria Bartiromo about the fame the wild Netflix docuseries brought her. At the time, she revealed the nasty feud between her and Exotic was "fabricated" for cameras by Netflix producers. She repeated that claim in an interview with Fox News earlier this week, noting that she's never once even spoken to Exotic on the phone.

Here, the former 'Dancing with the Stars' competitor cuddles with a kitten at the age of 8. (Big Cat Rescue)

Despite her frustrations with her portrayal, Baskin said "Tiger King" did spawn some other money-making endeavors for her in 2020 given that the coronavirus pandemic severely impacted her Tampa, Fla.-based tiger sanctuary, the Big Cat Rescue.

"We had to close our gates on March 15 to tours because of COVID-19 and that was over a million dollars in our revenue we've lost. That's why I've been doing things like 'Dancing with the Stars' and Cameo," Baskin explained.

"One of the most exciting things to happen in 2020 was the launching of our video game in June. It's a virtual reality game," Baskin said.

The former 'Dancing with the Stars' competitor revealed she lost $1 million in revenue at her Big Cat Rescue in 2020 due to the closing of its tours amid the coronavirus pandemic. (Big Cat Rescue)

"The purpose of us creating this game is we feel like zoos are an antiquated way of teaching our children about wildlife. The only thing we're teaching our child by taking them to see a captive wild animal is that it's ok to take away someone else's freedom if it suits you. That's not right," Baskin said.

"You are transported to a forest in India. It allows a ranger to teach you how to track a wild animal. When you find a missing tiger who has been snared by poachers, you go through all the things our veterinarians would go through to make sure she's healthy enough to release her. You cut the snare off of her, you set her free and you see her running back into the wild and chasing prey. That's the visceral engagement people want to have with these animals -- and yet you can do it in such a way that feels so real and no animal is harmed in the process," she said.

She added that she would "love" to see zoos "turn over to an educational entertainment venue where you go in and put on a headset or walk into some big dome thing where you're completely surrounded with videos."

"If it could be transformed into that kind of environment, it would be so much more educational and interactive. It'd teach people better lessons than what kids are currently getting in our form of a zoo," Baskin said.

As for her participation in "Dancing with the Stars" last fall, Baskin admitted she doesn't exactly miss the ballroom.

"I was horrible!" Baskin said of her performance. "That was the hardest thing I think I've ever done."

She did, however, praise the cast and crew of the ABC show, calling it an incredible experience overall.

"The people were amazing. From the administrative staff to the cast, the crew, my dance instructor, the COVID people for compliance, the security guards, everybody was just wonderful," she said. "They reach out to me all the time. It's just been lovely."