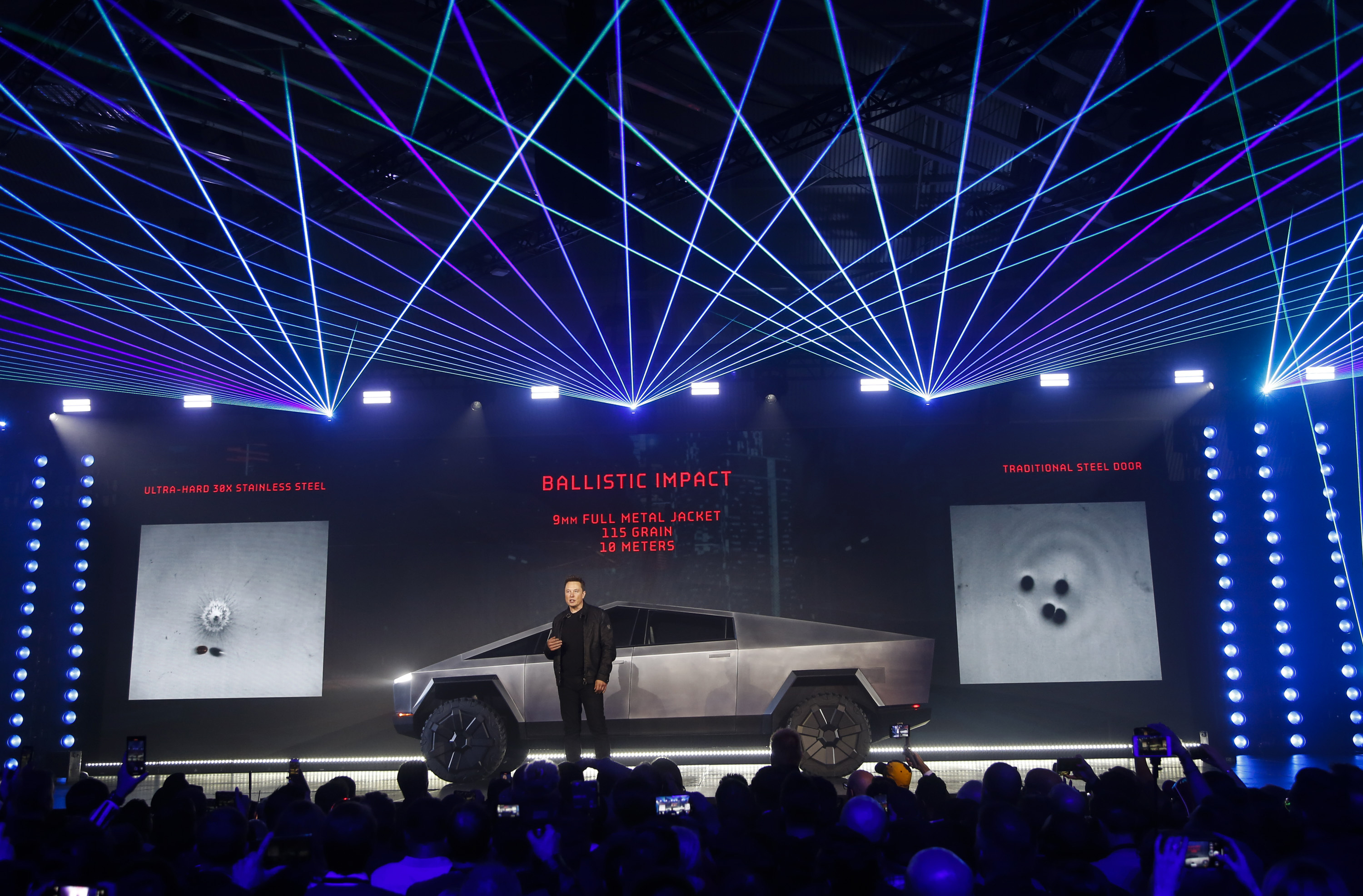 Among them was word that production of the postponed Cybertruck won't begin until "late" 2022, with volume ramping up in 2023.

Tesla had previously confirmed that deliveries of the pickup had been moved to next year, and Musk suggested during the company's Artificial Intelligence day in August that it would be launching in "about a year or so."

Musk this week also said on Twitter that the Roadster supercar, which was originally slated for 2020, was being pushed to 2023 due to "supply chain issues."

During the automaker's models are set to use Tesla's next generation 4860 cell battery technology, which is still in development.

"I think Cybertruck ramp will be difficult because it's such new architecture. I mean it's going to be a great product. It might, I think be our best product ever. But there's a lot of fundamentally new design ideas in the Cybertruck," Musk said during Tesla's second-quarter earnings call in July.

Musk was also quoted from the call saying the Cybertruck "will be a special project. Like a glitch in the Matrix. Like if Neo had a car."

Tesla, which no longer operates a communications office, has not responded to a request for comment and Musk has not yet said anything about the details of the call.

Musk also reportedly told the call that a $25,000 car Tesla is planning may debut without a steering wheel or pedals and will instead rely entirely on the company's Full Self-Driving system, which he tweeted on Wednesday is set to get its latest update next week.

Tesla's less capable, partially-automated Autopilot system is currently under investigation by the National Highway Traffic Safety Administration due to its involvement in a dozen crashes with parked emergency vehicles.

On a personal note, the Musk said he plans to take a trip to Mars on one of SpaceX's Starships in about 10 years.