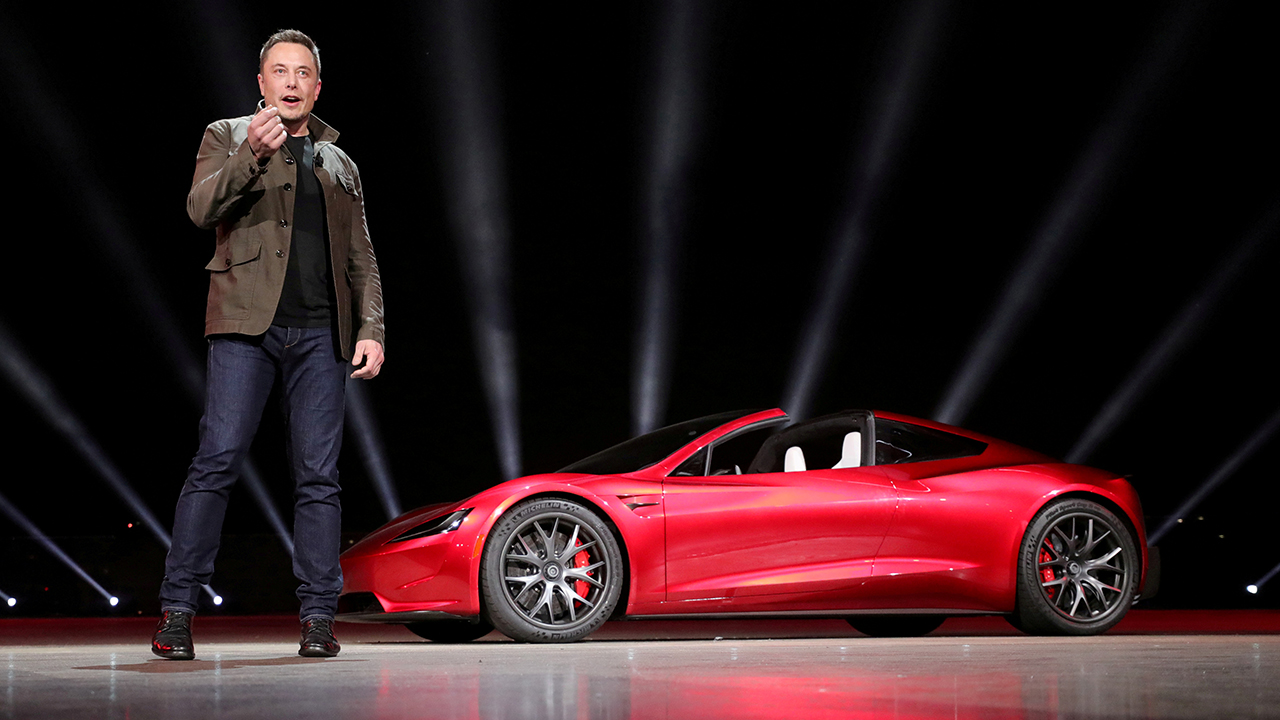 It's T-minus two years for the rocket-powered Tesla Roadster.

Tesla CEO Elon Musk confirmed on Twitter Wednesday that deliveries of the long-gestating sports car, which was revealed in 2017 as a 2020 model, have been delayed once again to 2023.

"2021 has been the year of super crazy supply chain shortages, so it wouldn’t matter if we had 17 new products, as none would ship. Assuming 2022 is not mega drama, new Roadster should ship in 2023," Musk wrote in response to a follower asking for an update.

Musk previously said in early January that the Roadster was being postponed until 2022.

The sleek two-door is set to use the same tri-motor drivetrain that debuted this year in the Tesla Model S Plaid and is advertised with a 250 mph top speed and the capability to accelerate from 0-60 mph in 1.9 seconds.

However, Musk has also said a Space X rocket thruster package option will be available that will be able to reduces the 0-60 mph time to 1.1 seconds and possibly allow the car to "fly very briefly."

News of the Roadster delay comes less than a month after Musk announced the launch of the Tesla Cybertruck pickup was being pushed from this year until sometime in 2022 due to a "difficult" production ramp up.