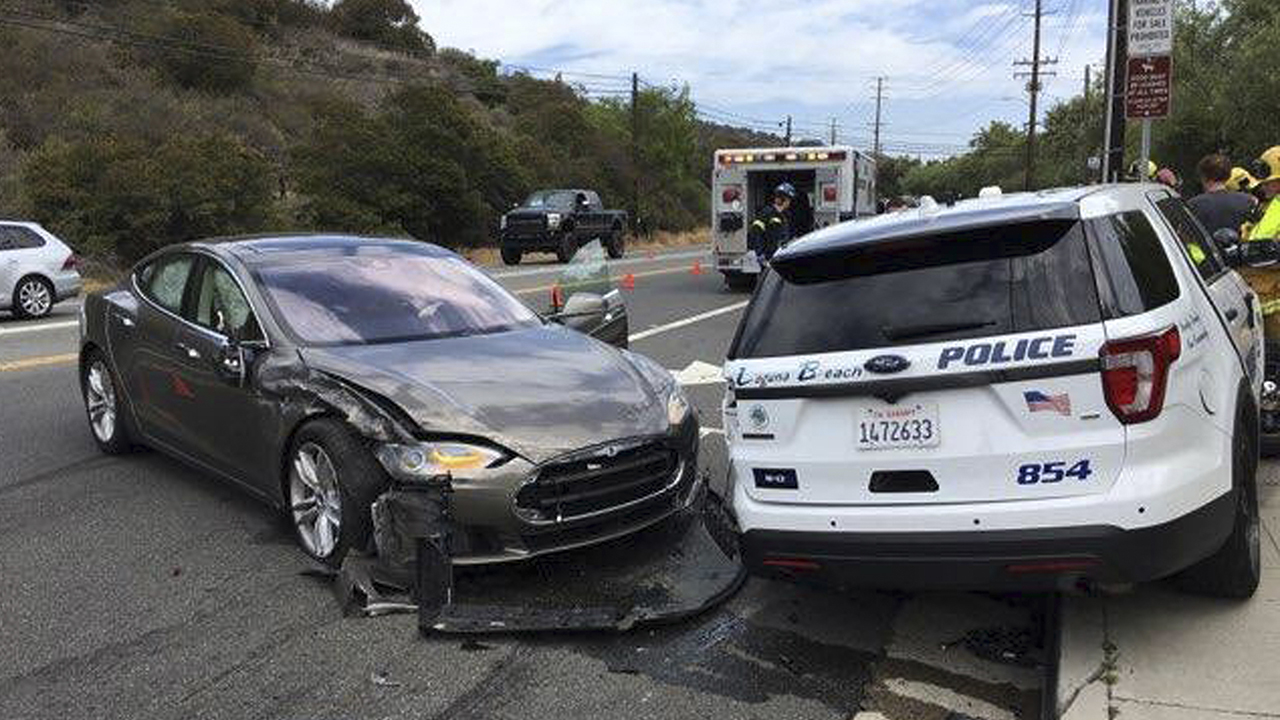 A Tesla sedan, left, in Autopilot mode crashed into a parked police cruiser on Tuesday, May 29, 2018, in Laguna Beach, Calif. (AP)

The letter, reviewed by FOX Business, asks for an accounting of Tesla's production and rollout of various versions of its Autopilot and Traffic Aware Cruise Control software as well as information on all consumer complaints and crash reports it has received and arbitrations and lawsuits Tesla has been party to related to the features.

The ODI is also seeking all marketing and instructional documents; a deep dive into the operation of the features, including how they monitor driver awareness; and details on Tesla's testing and validation procedures.

Specific to the incidents that spurred the investigation, the ODI wants Tesla to describe "strategies for detecting and responding to the presence of first responder / law enforcement vehicles and incident scene management tactics whether in or out of the roadway during subject system operation in the subject vehicles."

Neither Tesla, which no longer operates a media relations department, or CEO Elon Musk have publicly commented on the investigation.

The probe is another sign that the NHTSA under President Biden is taking a tougher stance on automated vehicle safety than under previous administrations. Previously the agency was reluctant to regulate the new technology for fear of hampering adoption of the potentially lifesaving systems.

The National Transportation Safety Board, which also has investigated some of the Tesla crashes dating to 2016, has recommended that the NHTSA and Tesla limit Autopilot’s use to areas where it can safely operate. The NTSB also recommended that the NHTSA require Tesla to have a better system to make sure drivers are paying attention. The NHTSA has not taken action on any of the recommendations. The NTSB has no enforcement powers and can only make recommendations to other federal agencies.

Tesla has to respond by Oct. 22 or seek an extension. The agency says it can fine Tesla more than $114 million if it fails to comply.