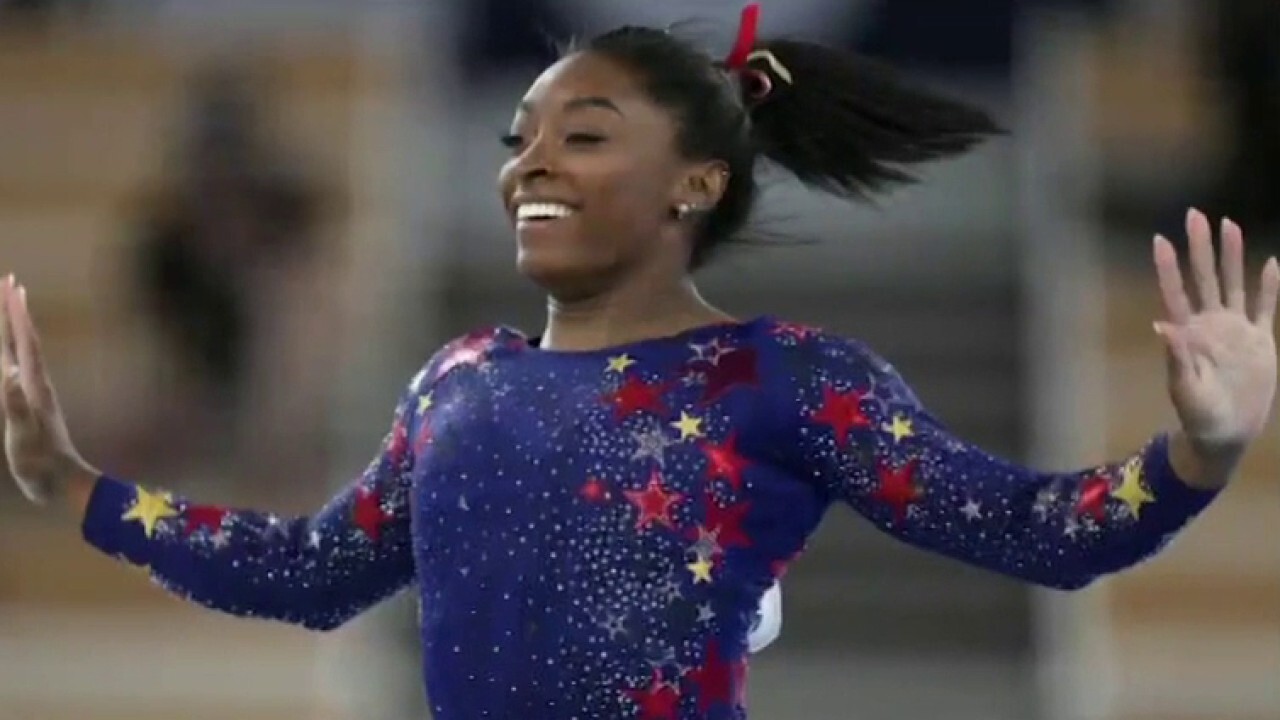 Despite Simone Biles' recent decision to withdraw from the Tokyo Olympics to focus on her mental health, experts say that the 24-year-old gymnast's endorsement potential from big-name advertisers can only grow moving forward.

Following her announcement that she would be stepping aside from performing in the women's gymnastics finals, Biles received an outpouring of support from both the public and her sponsors, including Visa, United Airlines, Gap's Athleta, Core Power, Nabisco and Uber Eats.

Her reported net worth is currently between $6-$10 million.

SIMONE BILES RECEIVES SUPPORT FROM GAP'S ATHLETA: 'WE ARE INSPIRED'

Legendary sports agent Leigh Steinberg told FOX Business that Biles' decision to be open and honest about her mental health in one of the biggest advertising forums in the world could make her "a very potent athletic spokeswoman for mental health."

"This has been someone who's been in the public eye for a long time, has a pristine record, and there will be people who think this is her finest moment," Steinberg said. "Athletic achievement is valuable but helping people deal with life problems is an even greater service and so I think she comes out of this well."

Steinberg believes Biles' connection to mental health will make her very useful for any company with a "reasonable female demographic" or even for a series of public service announcements.

"She could still be in multiple-hundred-thousand-dollar deals or long-term deals," he said. "At the height someone could be doing seven-figure deals, but that would be a long-term relationship with a company that would involve television and print ads, social media and all the rest of it."

However, he emphasized that the future of Biles' endorsements will largely depend on whether she continues with her athletic career and how much of an open discussion she has with her advertising partners moving forward.

"If she's still involved in competition and the rest of it, even those people who were disappointed in her have admiration for all the things she accomplished. What happened to these Olympics does not negate years and years of bringing, you know, pride and success to this country and to the gymnastics program," Steinberg noted. "America loves the fall of the high and mighty, but they love the comeback story, too. So how she deals with this will be important."

John Rowady, the founder and CEO of integrated sports marketing and media agency rEvolution, is in agreement and doesn't "expect sponsors to flee from Simone Biles" whether now or immediately after the Olympics.

Rowady sees Biles' courage as a "true watershed moment" for the world of sports and an opportunity for more mental health companies to be recognized and help raise awareness of "mental health issues in sports and beyond."

"Meditation app Calm, while not an Olympic partner, has been vocal in their support of Simone as well," he said. "And Calm has already signed on as a corporate sponsor of the Bucks and Trail Blazers."

Entertainment and business law attorney Domenic Romano of Romano Law noted that by not supporting Biles, especially in 2021, a brand could potentially do more harm to themselves than good.

"Being tone-deaf could anger consumers and fans who are strong supporters and discourage future athletes from pursuing marketing relationships with brands that display insensitivity," Romano said.

By showing their support for Biles publicly, executive vice president of Association of National Advertiser and head of the Global CMO Growth Council Nick Primola said these companies are "acting in a more human and empathetic way" and, as a result, garnering even more attention than their ads with Biles themselves.

"Marketers and brands are helping themselves by going back to the basics of what are their true missions and purpose, how are they creating value, how are they helping the people that they serve in society and using that as their competitive advantage and their primary messages," Primola said. "She is a champion who is struggling. And what story is more human than that?"