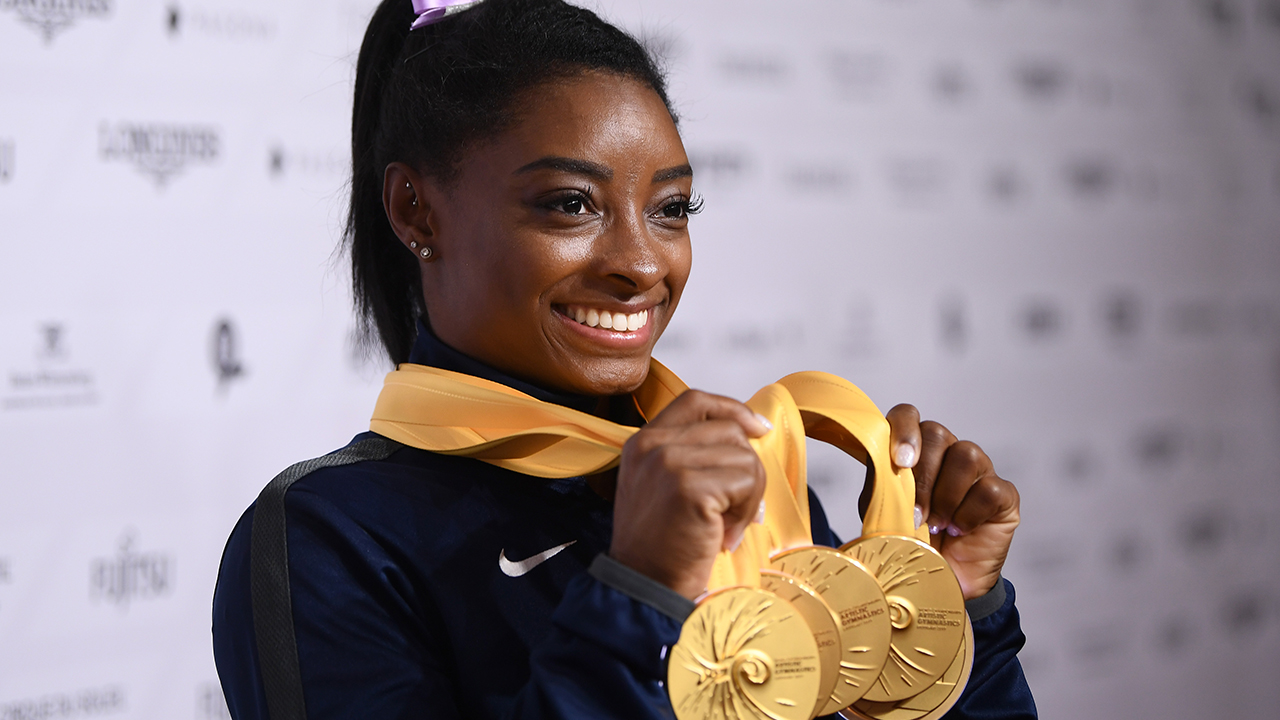 Simone Biles received support from her sponsor Athleta following her withdrawal from the gymnastics team final at the 2021 Tokyo Olympics on Tuesday, she also withdrew from a separate event overnight Wednesday.

"We stand by Simone and support her well-being both in and out of competition," Athleta Chief Brand Officer Kyle Andrew said in a statement. "Being the best also means knowing how to take care of yourself. We are inspired by her leadership today and are behind her every step of the way."

Back in April, Biles ended her partnership with Nike and decided to sign with the Gap Inc.-owned Athleta. Biles, who is still eligible to compete in the individual all-around later in the week, told reporters after the team event that she wasn’t injured, but she was "dealing with a few things."

"No injury thankfully, and that's why I took a step back because I didn't want to do something silly out there and get injured," Biles said, via Olympics.com. "I thought it was best that these girls took over and did the rest of the job, which they absolutely did -- they're Olympic silver medalists. They should be really proud of themselves for how well they did."

Biles also talked about the stress that had been put on her and her teammates’ shoulders.

"It's been a really stressful Olympic Games as a whole; not having an audience -- there are a lot of different variables going into it [the Games]," Biles added. "It's been a long week; it's been a long Olympic process/year. I think we're a little bit too stressed out. We should be out here having fun, and sometimes that's not the case.

"Today has been really stressful, we had a workout this morning; it went OK but during that five-and-a-half hour wait I was shaking -- I could barely nap. I had never felt like that going into a competition before. I tried to go out here and have fun; the warmup in the back went a little bit better but once I came out here I was like, 'No, mentals [sic] not here so I just need to let the girls do it and focus on myself.’"

USA Gymnastics said Biles suffered a "medical issue" after her vault attempt, which led to the scratch. The broadcast initially said it was for a "mental health issue."

Biles received a ton of support from followers on social media.

Athleta sent out a tweet on Tuesday of a photo of Biles sporting a brand tank top. The caption read, "Simone" with a heart emoji.