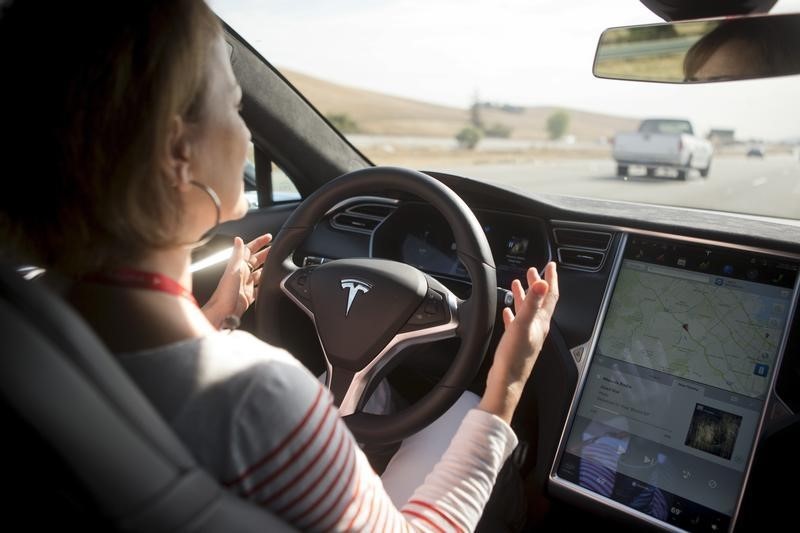 The National Highway Traffic Safety Administration (NHTSA) has sent letters to 12 major automakers asking them for the same information about their electronic driver aid features that it recently requested from Tesla in a probe of its Autopilot and Traffic Aware Cruise Control partially automated driving systems.

The group includes Ford, General Motors, Stellantis and nine other makers that operate in the U.S.

NHTSA's Office of Defects Investigation is reviewing Autopilot's role in a dozen crashes that involved stationary emergency response vehicles, which resulted in 17 injuries and one fatality.

The letters say the data will be used for a comparative analysis of Tesla's features and request details on each company's Level 2 Advanced Driver Assistance Systems (ADAS), which it defines as being able to "control both steering and braking/accelerating simultaneously under some circumstances" while the human driver is continually engaged, including their testing protocols and any crash reports that involved the technology.

In July, NHTSA for the first time began requiring automakers to report any ADAS-related crashes that came to their intention.

Tesla received its request in August and has until Oct. 22 to provide the information before it faces fines, while the other automakers have been given various deadlines ranging from Nov. 3 to 17.

Ford and Stellantis both told FOX Business that they will cooperate with NHTSA's investigation, as they always do.