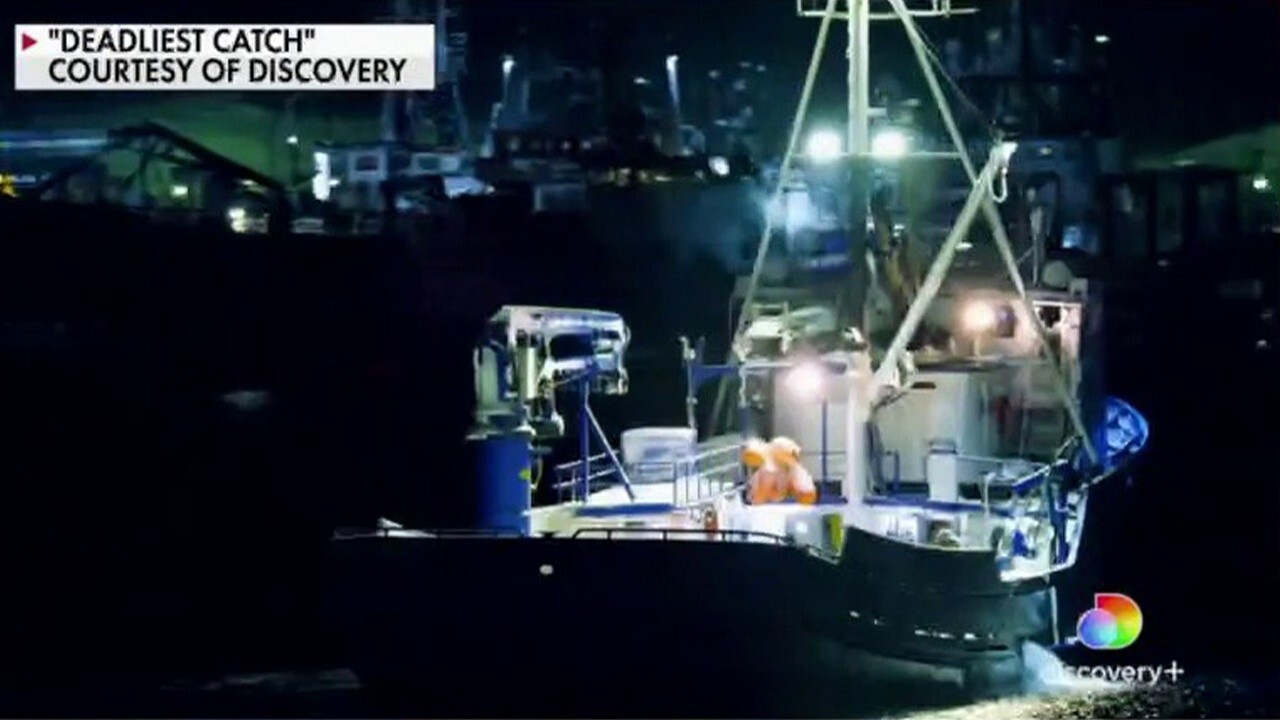 Out in Alaska's Aleutian Islands is the remote town of Unalaska, home to just over 4,300 people who predominantly work in the commercial fishing and seafood processing industry. Every year, thousands of fishermen migrate to the port of Dutch Harbor to take part in Unalaska's salmon season.

The National Oceanic and Atmospheric Administration's (NOAA) annual yearbook of fishing statistics has ranked Dutch Harbor as the top U.S. port for its volume of seafood for 22 years in a row. The agency's most recent report, released in February 2020, found that the port brought in 763 million pounds of seafood, worth roughly $182 million, in 2018.

However, the coronavirus pandemic has created new problems for the small town's inhabitants and visitors.

The MS Roald Amundsen on the quay in Unalaska-Dutch Harbor, Alaska (iStock)

In an effort to save Unalaska's upcoming salmon season and local jobs, the Department of Health and Human Services has launched a new partnership with Cue Health, a medical diagnostic product manufacturer, to increase the area's testing capabilities.

The town has only one local clinic that conducts COVID-19 testing, which then has to send samples out to labs that can be thousands of miles away, with average testing turnaround times between seven and 10 days. Unalaska's cold weather, which can get down as low as the negative thirties and forties, can make transporting samples difficult because test cartridges would freeze, Cutchins added.

"It's shoulder-to-shoulder based on the processing line. It's a very hard industry to be able to use, you know, the non-pharmacologic interventions like we've done throughout COVID prior to the vaccine," Cutchins said. "It's just one of those industries that doesn't really allow well for masking and distancing. Frequent testing with rapid results is really what they have needed."

"Even boats that weren't affected by [COVID] couldn't drop their catch off," Jarris said.

Jarris blamed the outbreaks on COVID-19 variants, increased community spread, and Unalaska's initial testing program, which she claimed would miss about three out of every 10 people.

"There's just more disease out there, you know, just a couple of people slipping through in these dense populations," Jarris said. "It's just a wildfire."

In addition, Unalaska's pre-entry requirements for out-of-town fishermen, which requires a two-week quarantine in a hotel and a negative COVID-19 test before being chartered up to Alaska, proved to be an expensive investment for a below-average salmon season in 2020.

"Companies spent tens of millions of dollars on these pre-entry quarantine programs and that topped down a season that was probably not very good," Jarris said.

According to a report by the Alaska Department of Fish and Game, the state's commercial salmon harvest in 2020 brought in a catch of 118.3 million fish, about 14.4 million fewer fish than the preseason forecast of 132.7 million fish. Alaska's South Peninsula and Aleutians region, which includes Unalaska, accounted for over 7.23 million fish in the total catch.

The Cue Health monitoring system is an FDA-authorized, portable, compact, point-of-care nasal swab test that can be used at home without a prescription.

Using a reusable, battery-operated cartridge reader, Cue Health's test is able to provide results in about 20 minutes that are then provided electronically via an app on a user's smartphone. According to a Mayo Clinic study, Cue Health's test was found to be 97.8% accurate when compared to reference laboratory tests.

In addition to Alaska, Cue's test is being piloted in nine other states -- Florida, Louisiana, New Jersey, Texas, Colorado, Minnesota, Pennsylvania, Rhode Island and Utah -- as part of a government program with the departments of Health and Human Services and Defense. The $481 million award from the federal government has allowed Cue Health to expand its production capacity and deploy 6 million of its COVID-19 tests as of March.

Since the pilot program was introduced, Cutchins says Alaska has been able to conduct an average of about 10,000 Cue Health tests per month in addition to the other rapid molecular testing systems that have been deployed statewide. Meanwhile, in Unalaska, the cumulative tests performed locally have now reached just over 8,500, according to the city's latest data.

Jarris believes that getting the Cue tests was "invaluable at the most desperate time."

"All of a sudden we could quantify the scope of the problem," Jarris said. "We could test symptomatic people, we could screen asymptomatic people, we can make decisions about isolation and quarantine and close contacts and you can go back to work. We were able to not only get on top of the outbreak but prevent it from spreading into the community."

"I would say it was an instrumental tool in protecting the food supply and saving lives," she added.

Looking ahead, preliminary forecasts from the Alaska Department of Fishing and Game expect the 2021 season's catch to top 190 million fish compared to 2020's 118.3 million. The South Alaska Peninsula is expected to be in the "excellent" category with a total harvest estimate of 12.9 million fish.

Cue plans to further expand the use of its test to aid in the effort to return to in-person learning in schools and reopen economies nationwide.

"From commercial fishing in Alaska to returning to in-person learning in Pennsylvania, Cue’s COVID-19 Test, a real-time, lab-quality, connected, and end-to-end diagnostic solution that fits in the palm of your hand, is helping to reopen the economy," Cue Health co-founder and chief product officer Clint Sever told FOX Business in a statement. "As we move forward, testing will continue to empower people to get back to their lives, and Cue is proud to play a critical role in increasing access to important diagnostics solutions."