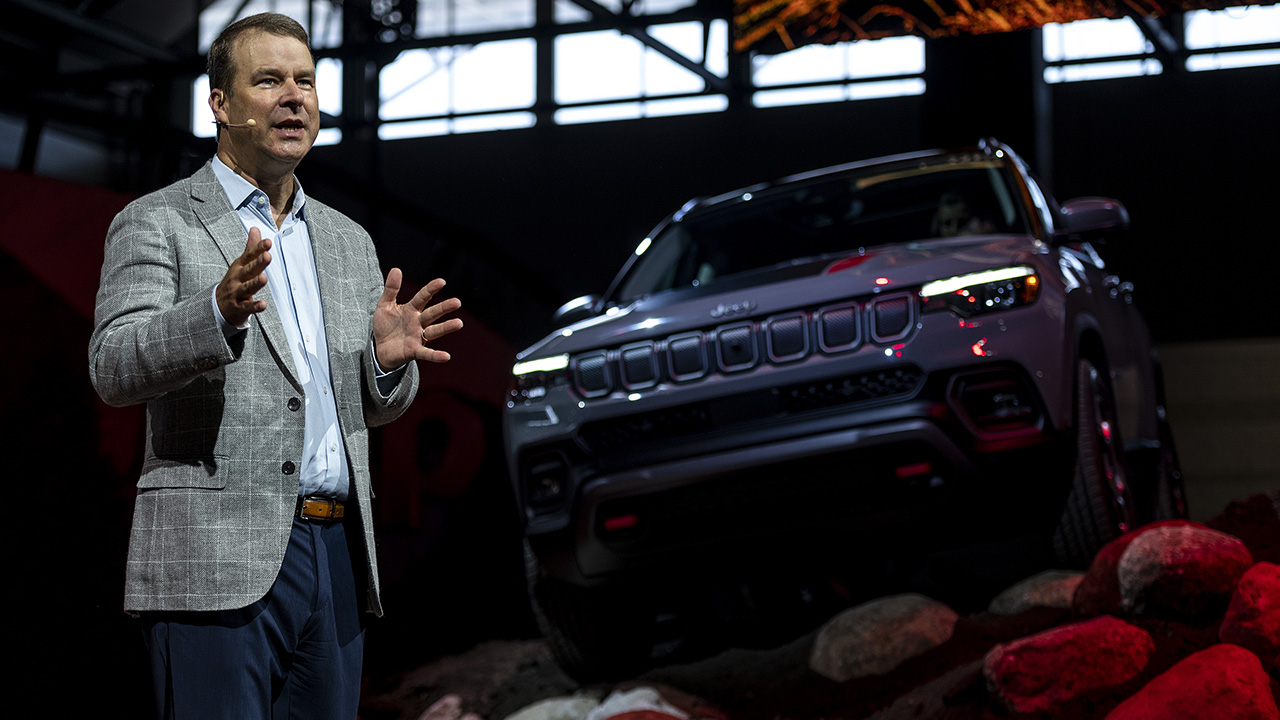 EXCLUSIVE: Jeep sales exploded over the past decade from 300,000 to 1.5 million as the U.S. and global markets began shifting from cars to SUVs, and Jeep's VP in charge of North American operations, Jim Morrison, doesn’t see an end to that road coming up anytime soon.

Jim Morrison is the VP in charge of Jeep's North American operations. (Jeep)

"I think that trend is going to continue because, having gone through COVID, I think America just wants to experience the outdoors and adventure and there’s never been a better draw for freedom that I’ve seen," Morrison told FOX Business as he debuted the all-new 2022 Grand Cherokee, which is set to vie with the Wrangler as the brand’s best-selling model.

Jeep’s entire lineup is comprised of SUVs and the Wrangler-based Gladiator pickup, and Morrison said the brand’s legacy and adventurous image put it on the "leading edge" of the trend as other automakers enter the segment.

Along with adding street-focused utility vehicles to their lineups, Jeep’s competitors have been launching popular off-road-style trims with varying levels of capability, and Morrison doesn’t pull any punches regarding his opinion of the newcomers.

"I actually feel sorry for some of the customers that are driving the fake SUVs because they saw it doing a cool thing in an ad, and then they get their family stuck in the driveway when they think they should be doing what was shown in the marketing," Morrison said.

In a recent interview with Muscle Cars and Trucks, Morrison specifically called out the new Ford Explorer Timberline as a model he doesn’t consider a real competitor to the Jeep Grand Cherokee, which is available in a three-row version like the Explorer called the Grand Cherokee L and available with a more advanced 4x4 system than Ford's.

This focus on delivering off-road capability extends to Jeep’s new plug-in hybrid models, which include the Wrangler 4xe that’s been the best-selling plug-in vehicle in the U.S. since it went on sale this year and the upcoming Grand Cherokee 4xe that Morrison demonstrated by driving it up Moab, Utah’s, 65-degree Lion’s Back trail in all-electric mode.