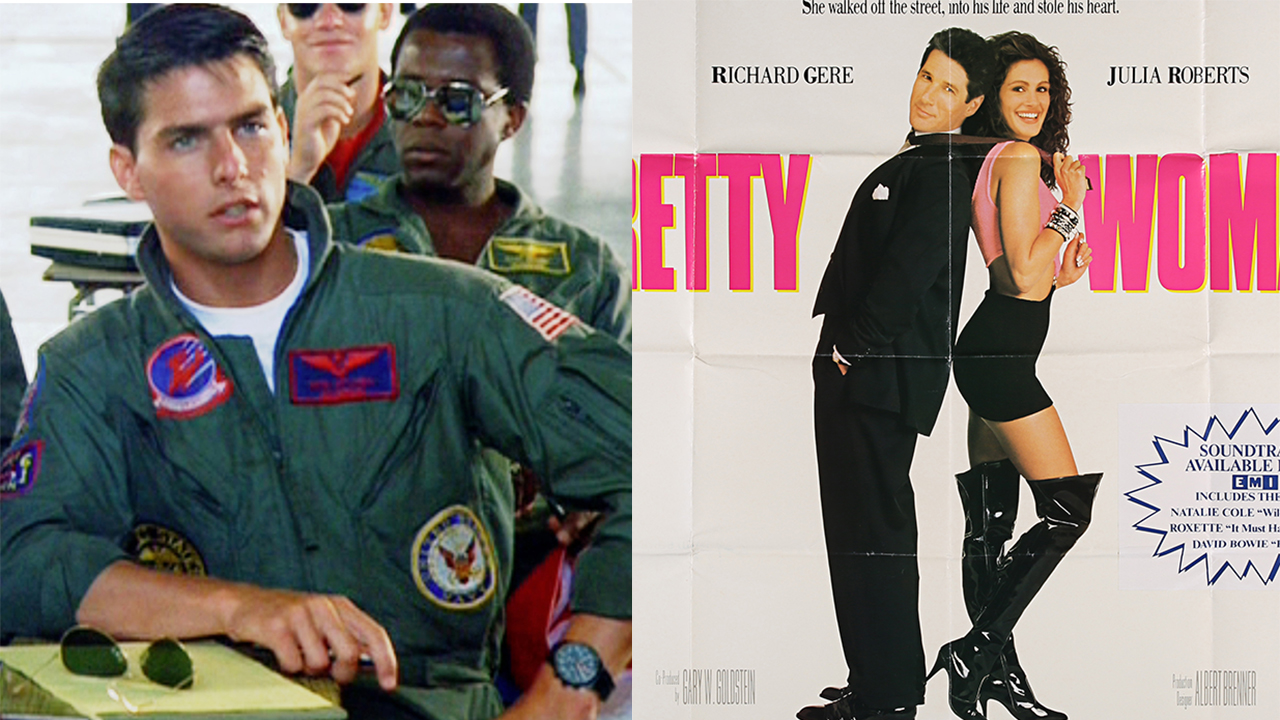 Film buffs and collectors have a unique opportunity to purchase some of Hollywood's iconic movie and television props in a live auction this December.

Prop Store, a leading auction house based in the United Kingdom, will host its annual live auction of movie and TV memorabilia for the seventh consecutive year starting Dec. 1.

Some coveted Hollywood items are expected to sell in excess of $5.6 million.

Stephen Lane, the CEO of Prop Store, told Fox Business there are more than 900 items in stock.

"One of the most important philosophies of Prop Store is that we cater to entry-level collectors so there's a little bit of something for everybody in this," Lane said.

"For 'Star Wars' fans, this is a really big deal," Lane told us. "Not only is it a hero lightsaber, it's from a main character and was used by Ewan McGregor. We're very confident it's going to exceed its estimated selling price."

Despite the company previously auctioning lightsabers from prequels, Lane said this year's lightsaber is "one of the best we've ever had."

"Top Gun" fanatics also will have the chance to get their hands on the bomber jacket worn by Tom Cruise in his role as Pete "Maverick" Mitchell from the 1986 classic. It's anticipated to fetch between $15,000 to $21,000.

Other notable pieces include the mechanical head from "Alien" estimated between $52,000 to $78,000, as well as the boots worn by Julia Roberts' character in "Pretty Woman."

James Bond's MI 6 training suit from "Skyfall" is another top item, as is the fedora worn by Jack Nicholson as the Joker in 1989's "Batman."

Keanu Reaves' complete costume from "The Matrix: Reloaded" also is going on the block.

'THE BATMAN' STILL FILMING IN OVERSEAS DESPITE TIER 3 CORONAVIRUS RESTRICTIONS

Prop Store is auctioning off the boots worn by Julia Roberts in 'Pretty Woman.' (Prop Store)

"That particular piece originated from the Warner Bros. studio itself," Lane added.

One of the most affordable pieces in the collection is a "Harry Potter and the Philosopher's Stone" poster signed by Daniel Ratcliffe (Harry Potter) and Rupert Grint (Ronald Weasley).

"We fill all those gaps," Lane said in terms of cost. "There's a lot of products and pieces that suit different budgets."

"Locating the pieces is the biggest challenge and it's also the best part of my job," Lane said, noting that he founded Prop Store 22 years ago.

"It was born out of my hobby to collect props and costumes and really search our collectibles. The hunt to find and locate something gives me more pleasure than anything else."

One of the illustrious pieces from the upcoming auction is Jareth's (David Bowie) crystal ball from "Labyrinth." It's estimated to sell anywhere between $13,000 to $19,000.

Lane came across the crystal ball unexpectedly while in the home of a crew member who worked on one of the "Star Wars" installments.

"We went downstairs to his living room and there on the wall was this beautiful 'Labyrinth' poster and I said, 'Wow, that's brilliant. I forgot you worked on that as well.' I said, 'Do you have anything from that?' He said, 'Well, I've got the David Bowie crystal ball. It's just there behind you.'"

Lane said the crew member was stunned to learn it was worth tens of thousands.

"People keep these items as mementos with no thought of that it could help put their kids through college in the years to come," Lane said. "To have that experience to tell him how much the crystal ball was worth, it just blew him away."

The fedora worn by Jack Nicholson as the Joker in 1989's "Batman." (Prop Store)

Much like the Hollywood film industry being thrown for a loop due to the coronavirus pandemic, Lane explained this year's global health crisis actually helped to improve his auction.

The two-day live auction will now feature a variety of live streams as well as the opportunity for private virtual viewings, where staffers will hop on Zoom calls to show potential buyers up-close looks at the items.

"That's something new we felt would be beneficial," said Lane. "From an operational and a delivery perspective, the pandemic has actually opened our minds to more. This is a great way to interact with people on a more global level than just doing a preview exhibition. I think when we're on the other side of Covid we'll continue with this and develop it further. We're really excited about it and enjoying the change. It's fun."