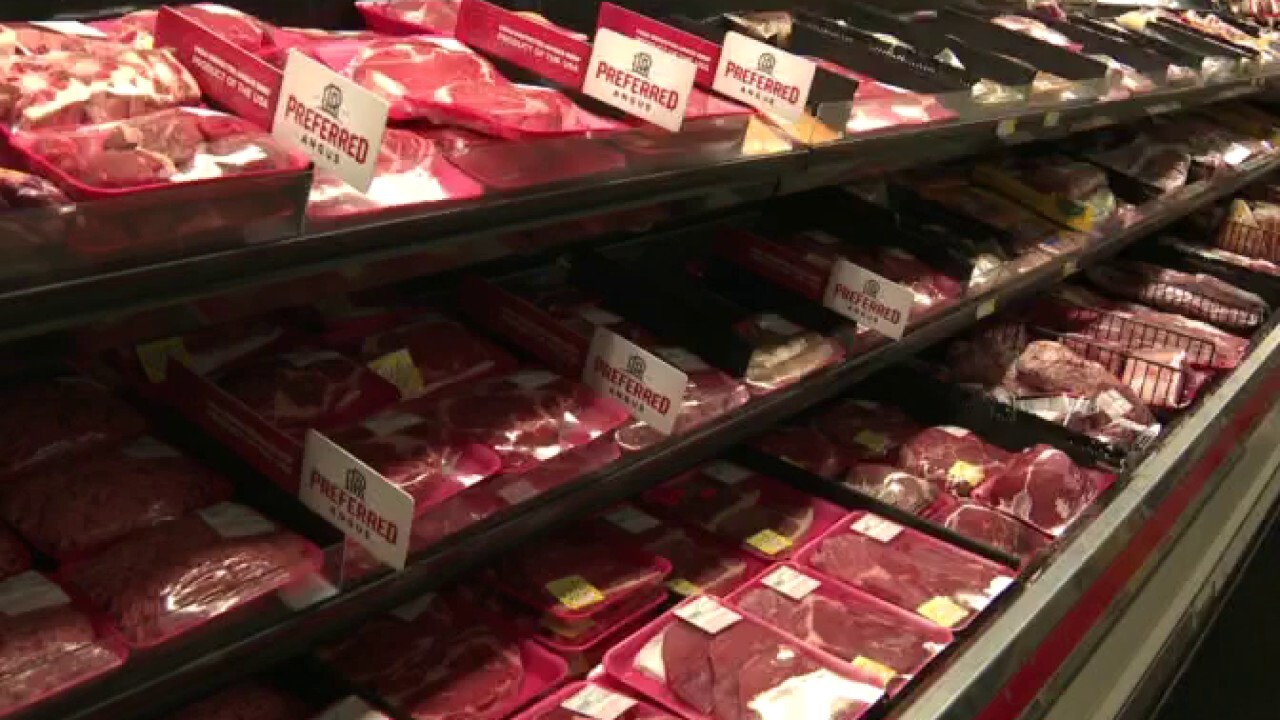 More than 28,000 pounds of ground beef sold in seven states has been recalled over concerns of possible E. coli contamination, the USDA's Food Safety and Inspection Service announced Friday.

Trays of ground beef chuck sit on a rack in the meat department at a supermarket. (Photographer: Daniel Acker/Bloomberg via Getty Images / Getty Images)

Interstate Meat Dist. Inc. out of Clackamas, Ore., is the company recalling the raw ground beef, which was produced on Dec. 20. The issue was flagged after a package of the product was bought and submitted to a lab for testing, and the sample tested positive for E. coli.

The USDA is concerned that the packages of ground beef, which have the establishment number "EST. 965" printed on the label, are still in people's refrigerators and freezers. Anyone who has the recalled products should either throw them away or return them to the place of purchase, the agency said.

The recall has been categorized as Class I "high" risk by the USDA, which means there is a "reasonable probability" that consumption of the contaminated products could cause "serious, adverse health consequences or death."

E. coli, short for Escherichia coli, is a type of bacteria. Most strains are harmless, but some can cause severe illness and even death. Symptoms of severe E. coli cases include bloody diarrhea, fever higher than 102 degrees, vomiting, dehydration, and pneumonia.