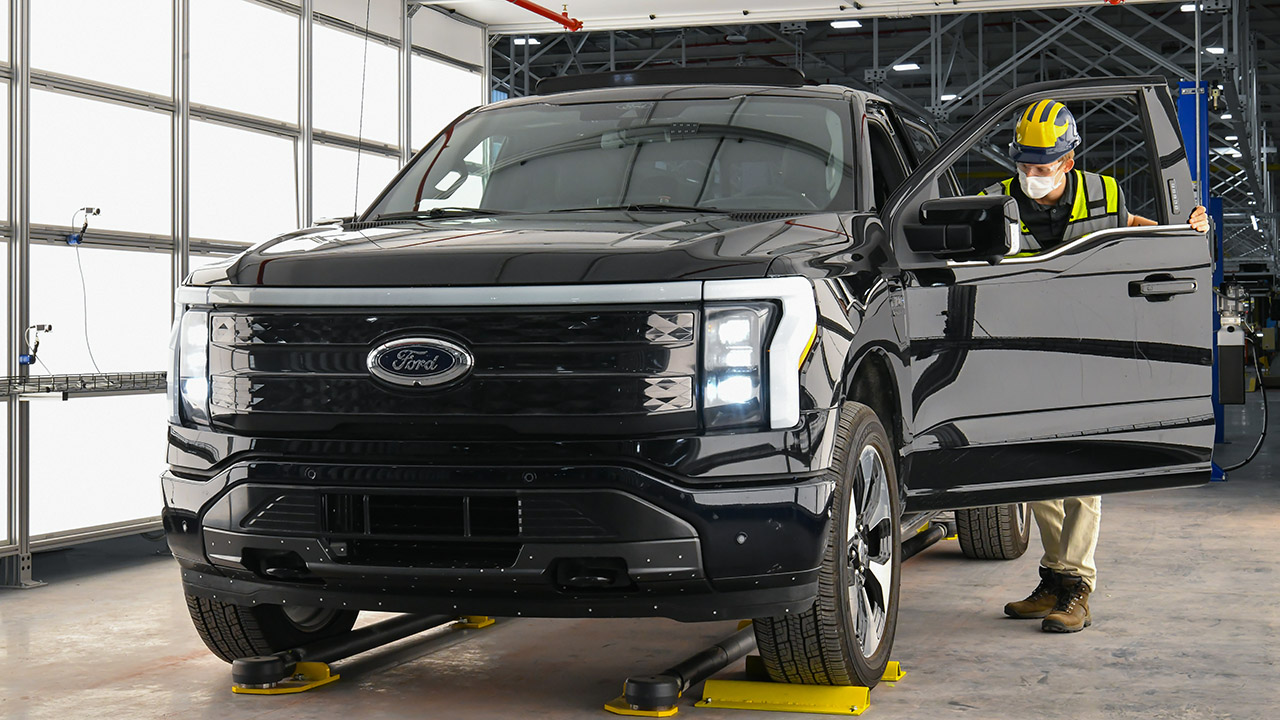 Ford is putting its dealers on notice.

The automaker's vice president of sales Andrew Frick sent a letter to dealers warning them against trying to get customers with reservations for the F-150 Lightning electric pickup to pay additional fees to place their final orders, which became available this week.

The Ford F-150 Lightning is scheduled to begin deliveries this spring. (Ford)

The letter was issued on Friday and surfaced on the F150gen14.com fan forum, its authenticity later confirmed by Ford.

"These actions are perceived as threatening customers by withholding their opportunity to convert reservations to orders," Frick wrote.

He went on to reference a section of the Sales and Service agreement that says Ford Dealers "shall avoid in every way any 'bait,' deceptive, misleading, confusing or illegal advertising or business practices," and said any outlet found in violation may lose their entire allocation of trucks for the year.

Ford on Tuesday announced it was doubling the planned production capacity for the F-150 Lightning to 150,000 trucks per year due to strong demand.

"We are competing with others who have a direct model and we need to be very mindful of how customers perceive Ford and our dealer network," Ford director of North America communications Said Deep told The Detroit Free Press.

"How our dealers treat customers has major implications not only on an individual dealer but the reputation of Ford and our dealers."

Ford product communications director Mike Levine has also been posting steps consumers can take to avoid unexpected markups on Twitter and asking for them to report any dealers engaging in the practice.

Frick suggested dealers add a "No-Sale Provision" to contracts that prevents buyers from flipping their trucks for profit within the first year of ownership in an effort to keep market prices close to list.