America's diner is always open to changing things up a bit. A viral TikTok video showing a robot server at a Denny's restaurant has customers wondering if this is the future of the popular breakfast chain.

"Here comes breakfast," said a customer in the video. "We are hungry."

A Denny's spokesperson told FOX Business that the California location in the video has been testing the technology for about 60 days.

"We fully support our franchisees’ initiatives and encourage the testing of methods that surprise and delight our guests," the company said. "As the testing continues, we will listen to our guest and employee feedback for future deployment consideration, but at this time there are no immediate plans for test expansion."

The video sparked a wide variety of responses, from approval to concern.

WHERE US WORKERS ARE QUITTING JOBS AT RECORD RATES

Others were less willing to support the test.

"Boycotting Dennys," one user simply wrote. Another threatened to "walk out" if she was approached by a robot server.

"Human or I don't do business with you." The video has been shared over 2,200 times so far.

The service robot is revealed at a time when Americans are willing to quit their jobs now more than ever.

The current labor shortage, dubbed the Great Resignation, reached a record high of 4.4 million resignations in September, according to the Labor Department’s Job Opening and Labor Turnover Survey.

"Looks like a lawsuit waiting to happen," added another.

The hospitality robot is provided by Bear Robotics. Founded in May 2017, the company considers itself the brainchild of restaurant experts and tech entrepreneurs. According to a video on the company's Instagram account, it joined the Denny's team earlier this month.

"Whether you’re running a diner or curating elite culinary experiences, there’s so much hustle behind the scenes. This is not only costly but also puts barriers between your guests, servers and the moments that matter," Bear Robotics' website states. "By automating the extra work, it’s our promise that you’ll see lower turnover, less errors, better reviews and return customers."

Although they are few and far between, Denny's is not the first restaurant to use a robo-server.

Sergio Restaurant CEO Carlos Gazitua is a huge advocate of the California-based company's product. In an appearance on "Cavuto: Coast to Coast" last month, Gazitua said it has resulted in bigger tips for better quality service.

"With robotics, what we've been able to do is basically run the food back and forth so our wait staff has been able to spend a little bit more time with our guests, getting to four to five tables," Gazitua told FOX Business’ David Asman. 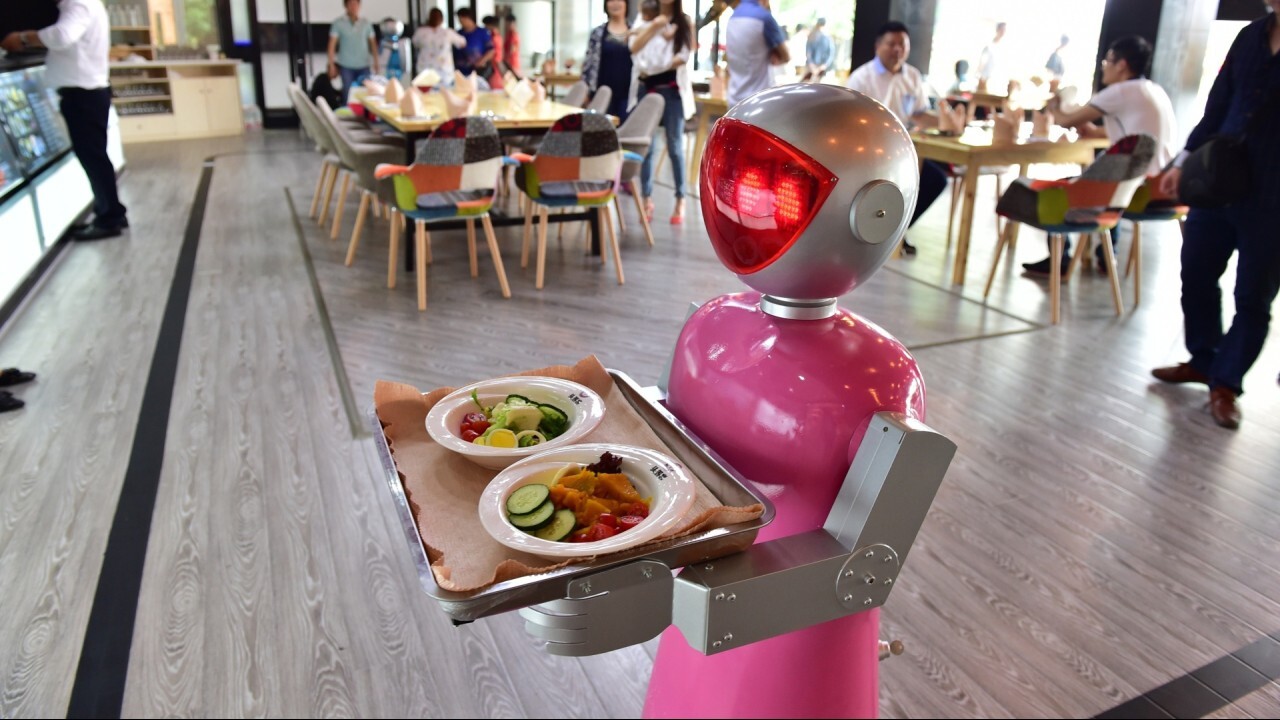 CLICK HERE TO GET FOX BUSINESS ON THE FOX

The Florida restaurant added the $1,000-a-month robot to improve its efficiency rate, and it has been a success.

"The guests love it because they see their server more," Gazitua added. "They're able to have a better hospitality experience, manicure that table and that's a big win for the server who's actually making more and working less."

Gazitua said human servers are seeing higher tips and are able to provide better service to their tables, thanks to the robots.