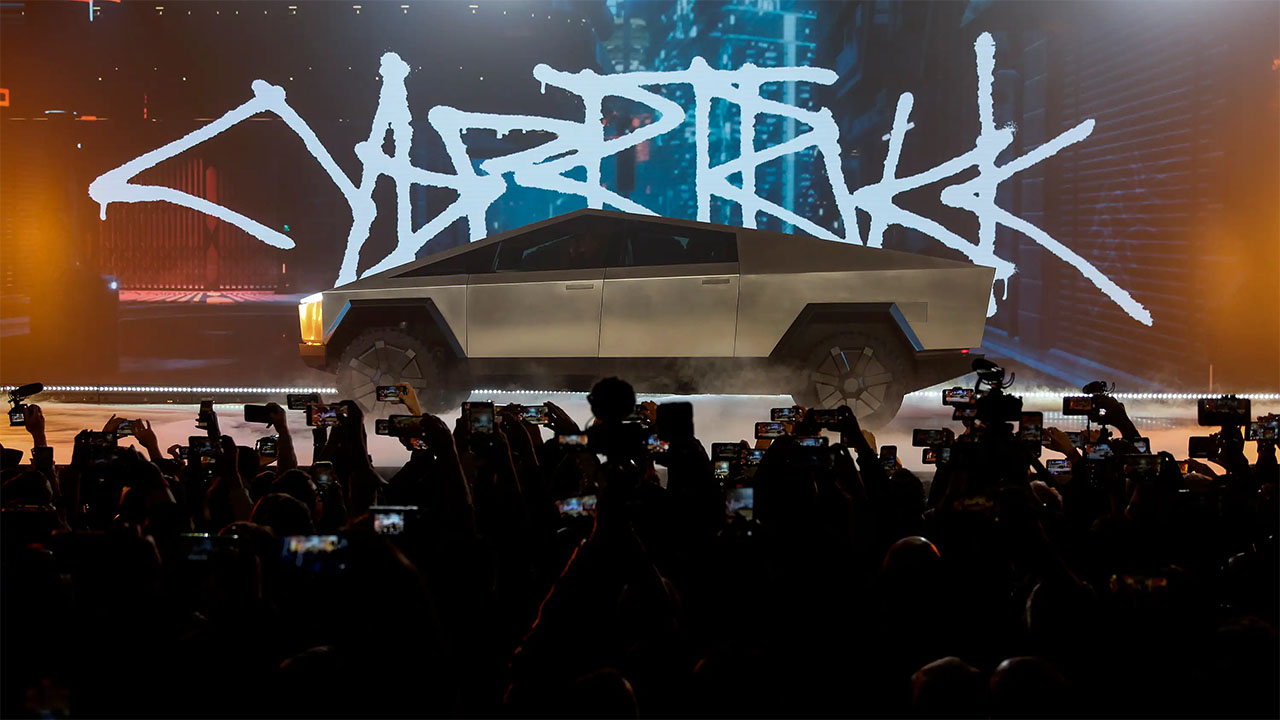 The Cybertruck may be late, but it has good timing.

An updated prototype of Tesla's delayed pickup has been filmed undergoing testing with new features installed, creating buzz for the brand just a day before Tesla reports third-quarter earnings.

A short video of the Cybertruck being driven at Castle Airport in Atwater, California, that was shot by an electric vehicle enthusiast and posted to Drive Tesla Canada reveals that it now has fog lights, windshield wipers, sideview mirrors and a rear-wheel steering system, similar to the upcoming GMC Hummer EVs.

Tesla CEO and founder Elon Musk had previously said the steering setup was being developed to make the extra-large pickup more maneuverable and tweeted in response to the video that the mirrors are "required by law, but designed to be easy to remove by owners."

The U.S. requires vehicles to have physical, reflective mirrors, although many automakers envision a future where they are replaced by small cameras with interior video displays if changes in regulations allow. The original Cybertruck prototype, which Musk has been seen driving on public roads, was not equipped with them but does have rear-facing cameras installed in its front wheel flares.

The original Cybertruck prototype did not have external mirrors or windshield wipers. (Tesla)

Some off-road drivers also like to remove their mirrors to allow their vehicles to fit on narrower trails. The Jeep Wrangler's are connected to its doors, which are detachable.

The Jeep Wrangler's mirrors are connected to its removable doors. (Jeep)

Tesla reportedly has over one million reservations for the Cybertruck, which was initially advertised with deliveries scheduled to begin by the end of 2021 but has now been pushed to the end of 2022 at the earliest. Last week, the automaker removed all Cybertruck pricing and trim level information from its consumer website, making it unclear what the final specifications for the vehicle will be.

Wedbush analyst Dan Ives expects Tesla to post a "beat across the board" and exceed Street estimates of $13.7 billion and $1.54 when it reports after the bell on Wednesday and sees the stock price hitting $1,000.