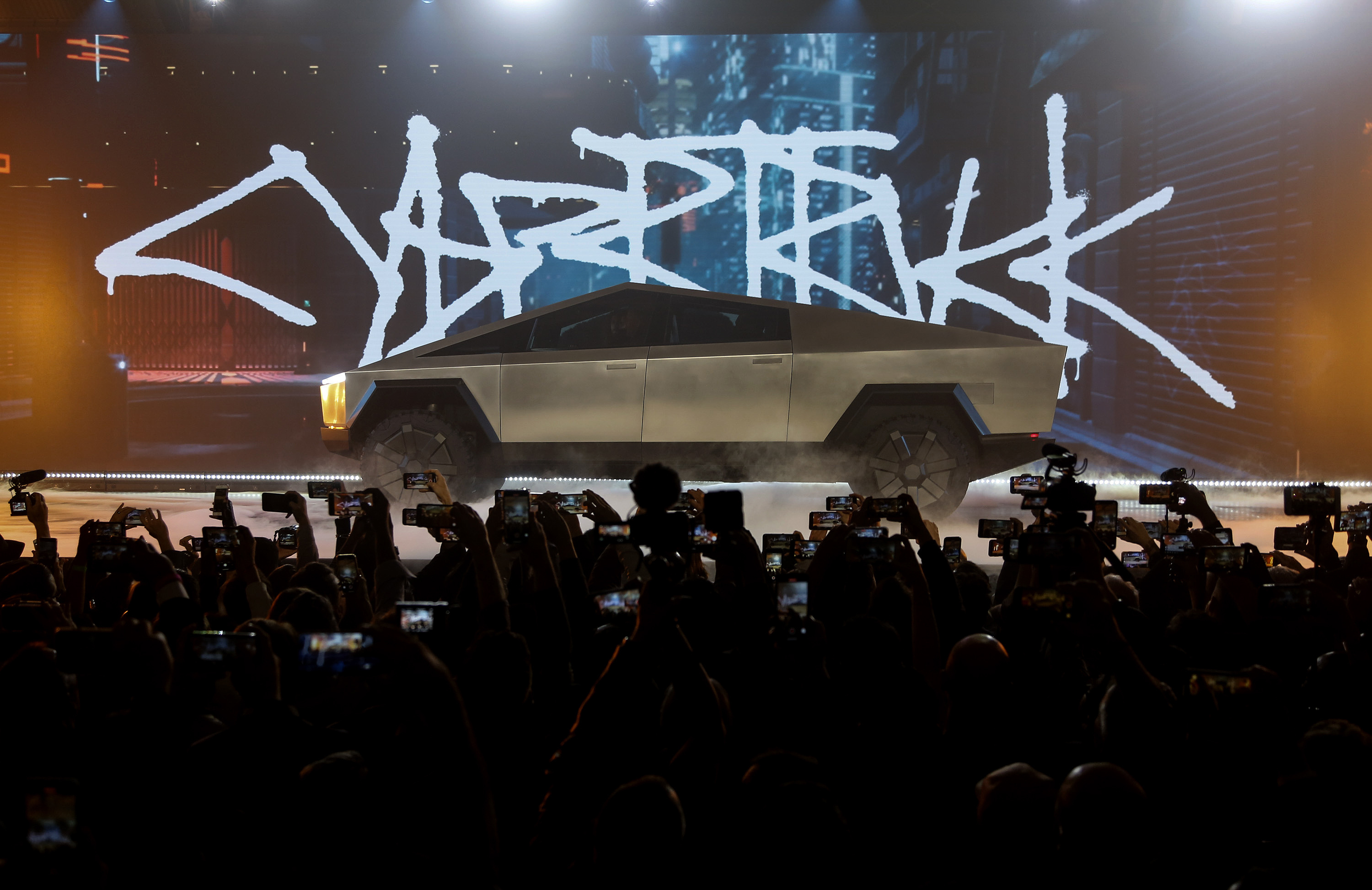 The Cybertruck has gone into stealth mode.

The Cybertruck prototype was revealed in November 2019. (AP)

Tesla has removed pricing and model information from the Cybertruck reservation website, replacing it with a simple "Buy Now" button that allows customers to reserve an unspecified truck with a refundable $100 deposit and says that "you will be able to complete your configuration as production nears in 2022."

The website previously listed three versions of the Cybertruck, with the Single Motor RWD starting at $39,900, which made it the lowest-priced Tesla available in the U.S. Dual Motor and Tri Motor AWD models were also offered at $49,900 and $69,000, respectively.

Tesla, which does not have an active communications office, has not responded to a question from FOX Business as to whether the $39,900 model would still be available, and Elon Musk hasn't yet said anything about the change on his Twitter account.

Tesla had been aiming to launch Cybertruck production at its under-construction factory in Texas before the end of 2021 but in August confirmed that it was being pushed until 2022, and Musk later said later in the month at the company's A.I. Day event that it would be coming in about a year.

During Tesla's shareholder meeting on Oct. 7, Musk attributed the delay to parts supply issues as it develops a new battery technology that will be used in the Cybertruck.

"So I think most likely what we will see is Cybertruck stock production and the next year and then reach volume production in 2023," he said.