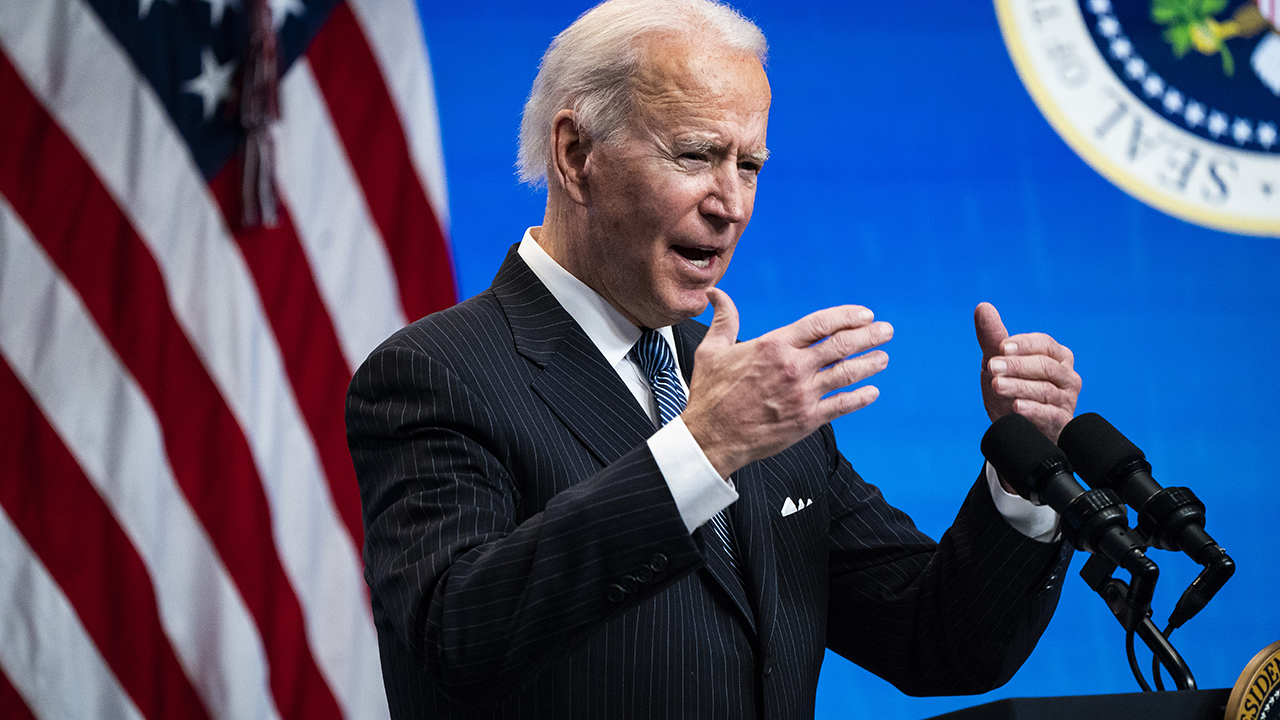 "The federal government also owns an enormous fleet of vehicles, which we’re going to replace with clean, electric vehicles made right here in America by American workers, creating millions of jobs — a million autoworker jobs in clean energy — and vehicles that are net-zero emissions," Biden said during a speech announcing the initiative.

Shares of electric-vehicle makers Workhorse and Lordstown were up as much as 10 percent in early pre-market trading Tuesday, Tesla was also higher.

Details and a timetable for Biden's plan were not revealed, but the General Services Administration reports that there are approximately 645,000 vehicles in the fleet today, with just 3,215 of them electric, according to Reuters.

The U.S. Postal Service alone operates over 225,000 of those vehicles and is in the process of choosing a replacement for the 180,000 Grumman Long Life Vehicles that have been in service for over a quarter-century.

Specifications for the vehicles are kept largely confidential due to competitive reasons, but of the three finalists for the contract, only Ohio-based Workhorse is understood to have proposed an all-electric model, while the team of Karsan/Morgan Olsen has submitted a plug-in hybrid and Oshkosh/Ford an internal combustion engine vehicle based on the Ford Transit van, however, Ford will begin selling an all-electric version of the Transit for commercial customers late this year and the tech could potentially be transferred to the mail truck.

General Motors is also debuting a new electric van company called BrightDrop this year but is not in the running for the USPS contract, which has been in the works since 2016 and allows for, but does not require electric vehicles. GM, Ford Tesla, and Lordstown Motors, which is part-owned by Workhorse, will all be launching electric pickups in the coming years that could see service in the government fleet, while Stellantis-owned Ram has only said it will make an "electrified" truck, which could refer to a plug-in hybrid,