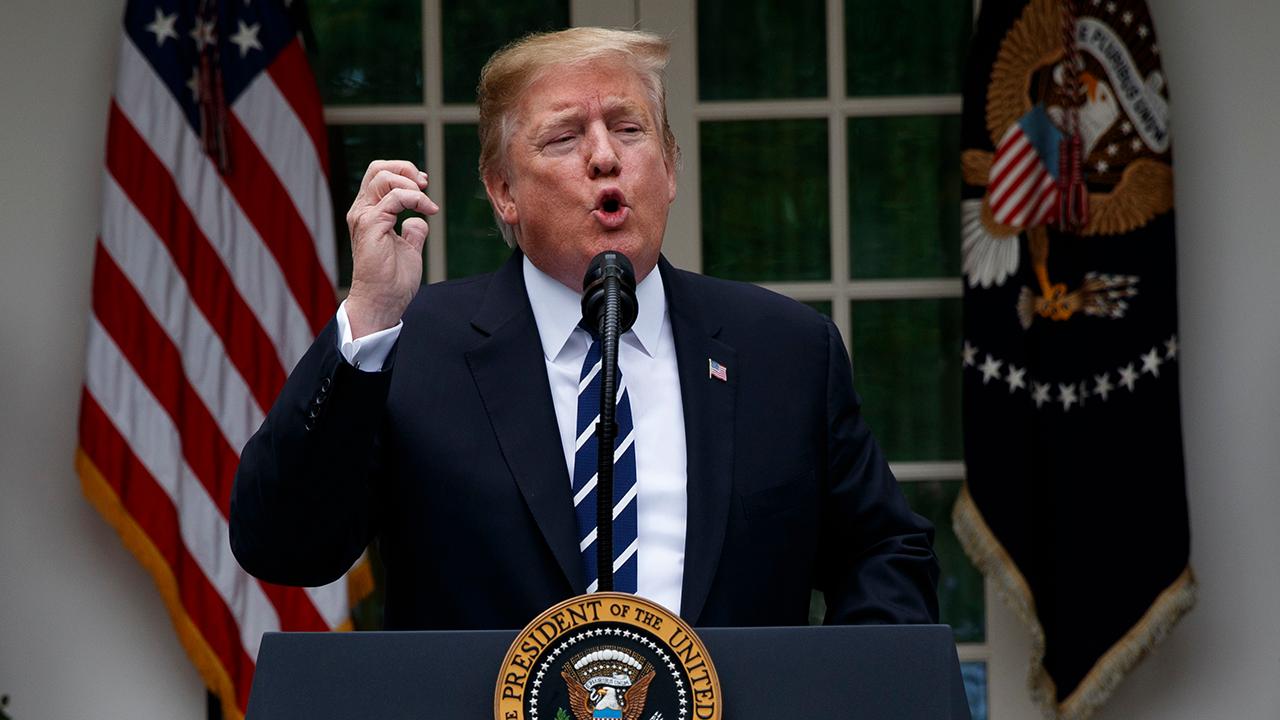 Negotiations over a potential $2 trillion infrastructure plan between Democratic leadership and President Trump crumbled on Wednesday amid attacks from House Speaker Nancy Pelosi.

Ahead of the talks, Speaker Pelosi claimed that President Trump was “engaged in a cover-up” through blocking Congressional subpoenas ranging from testimony by White House advisers to his financial records.

The infrastructure meeting ended abruptly, and the president told reporters in the White House Rose Garden that he could not agree to a plan “under these circumstances” and that he doesn’t “do cover-ups.”

“How can you have a cover-up and obstruction on a hoax of an investigation based on a conspiracy theory?” asked Ryun during an interview on FOX Business' Kennedy. “What on earth do House Democrats think that they’re going to cover that nearly 20 hyper-partisan Democrats with all the powers of the Special Counsel and $35 million didn’t in two years?”

Ryun said he believes that Democrats “boxed themselves into a corner” when it comes to impeachment.

“The Richard Fowler Show” radio host and Fox News Contributor Richard Fowler believes that even if House Democrats do feel pressured to issue impeachment proceedings, that they’ll hold off because “those will likely die in the United States Senate.”

Ryun points out though that given the hours of interviews and 1.5 million documents the Trump administration handed over to the Special Counsel’s office, that House Democrats’ efforts aren’t “about oversight.”