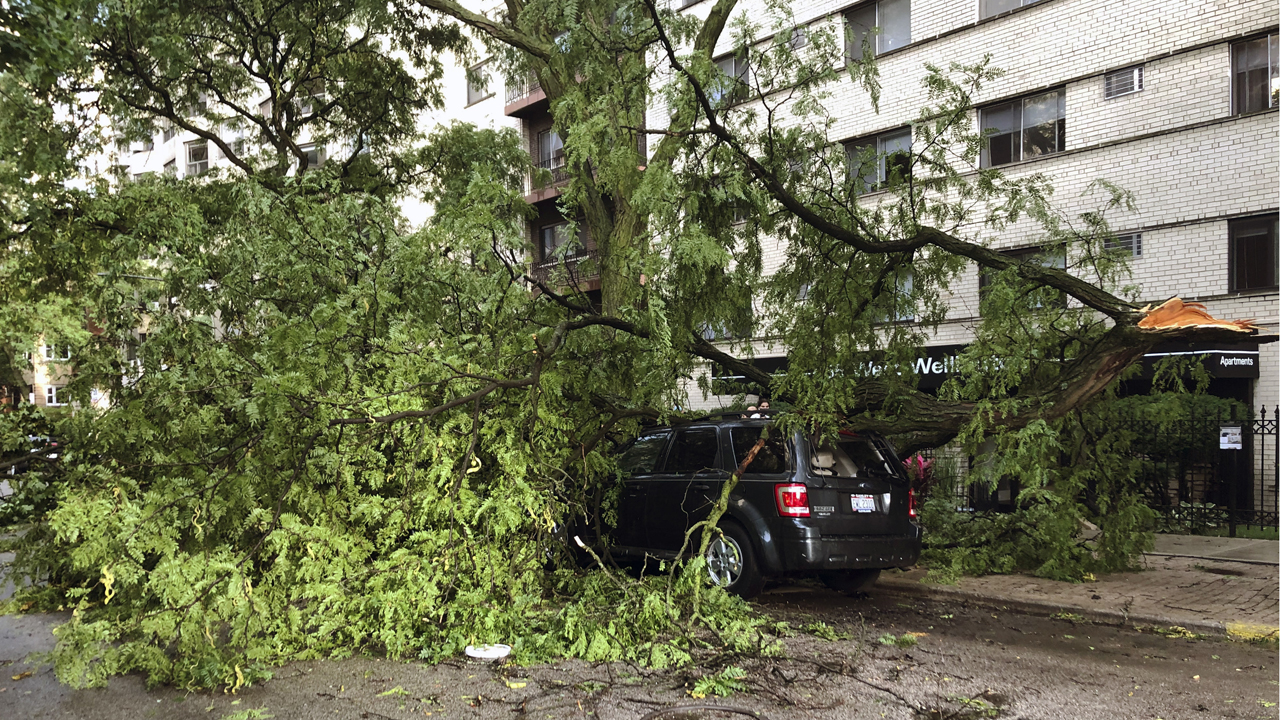 More than a million customers across the Midwest are without power Tuesday morning after a powerful storm system known as a derecho slammed the region, bringing winds over 90 mph to parts of Iowa and Illinois.

The National Weather Service's (NWS) Storm Prediction Center (SPC) said Tuesday morning that the "intense derecho" traveled from southeast South Dakota all the way to Ohio, a path of 770 miles in 14 hours.

Along the way, the inland storm produced widespread damaging wind gusts, including numerous gusts over 75 mph -- hurricane force -- and several over 90 mph in central Iowa.

"This storm caused significant damage across the service territory, including downed poles, broken lines and tree-related damage," the company said in a statement. "ComEd expects that it will take multiple days to restore service to all of the customers affected by the storm."

The utility said it has more than 800 employees working "around the clock" to restore power.

"Additionally, more than 1,100 mutual assistance workers are coming in from out of state to assist in restoration efforts," the company said.

The NWS said that in northern Illinois, a wind gust of 92 mph near Dixon, about 100 miles west of Chicago, and the storm left downed trees and power lines that blocked roadways in Chicago and its suburbs.

Part of a tree that had split at the trunk lies on a road in Oak Park, Ill., while also appearing not to have landed on a car parked on the road, after a severe storm moved through the Chicago area Monday, Aug. 10, 2020. (AP Photo/Dave Zelio)

According to power outage tracking site poweroutage.us, more than 1.2 million people were initially impacted by the storm system.

That number had dropped to just over 1 million by Tuesday morning.

The states with the greatest number of outages were Illinois, Iowa, and Indiana.

MidAmerican Energy said that more than 204,751 of its customers are still without power, especially in the Quad Cities area and Des Moines, Iowa. The company urged customers to stay away from downed power lines.

Roof damage to homes and buildings was reported in several Iowa cities, including the roof of a hockey arena in Des Moines.

Across the state, large trees fell on cars and houses. Some semi-trailers flipped over or were blown off highways.

MidAmerican spokeswoman Tina Hoffman told the Associated Press downed trees made it difficult in some locations for workers to get to power lines. In some cases, power line poles were snapped off.

The derecho can be seen approaching Woodridge, Ill., on Aug. 10, 2020. (Woodridge Police Department)

“It’s a lot of tree damage. Very high winds. It will be a significant effort to get through it all and get everybody back on,” Hoffman said. “It was a big front that went all the way through the state."

In Rock Island, Ill, debris was on roadways with traffic lights taken out around the area, WVIK reported.

In northern and central Illinois, more than 55,000 Ameren Illinois customers were left without power after the derecho.

“We had been monitoring this storm system since early morning and placed all crews throughout our service territory on alert status at 10:25 a.m.," said Dave Wakeman, senior vice president of operations and technical services. "In the immediate aftermath of the severe weather, we mobilized tree removal personnel and electric line resources to the affected areas."

Ameren Illinois is deploying storm trailers stocked with supplies to enable crews to restore power to these areas, The Times reported.

Downed trees and a utility pole in front of the home of Tim and Patricia Terres in Walcott, Iowa after high winds and heavy rain passed through the area Monday, Aug. 10, 2020, in Davenport, Iowa. (Kevin E. Schmidt/Quad City Times via AP)

In the city of Ames, officials said that it could be "hours or even days" until the power comes back, the Iowa State Daily reported.

Residents were asked to conserve water as electricity is required to get water to homes to make sure the supply lasts longer. Everyone was also asked to "please stay home" due to downed traffic signals.

“Keeping motorists off the streets [will] help us clear streets and address issues with power lines,” a letter obtained by the paper said.