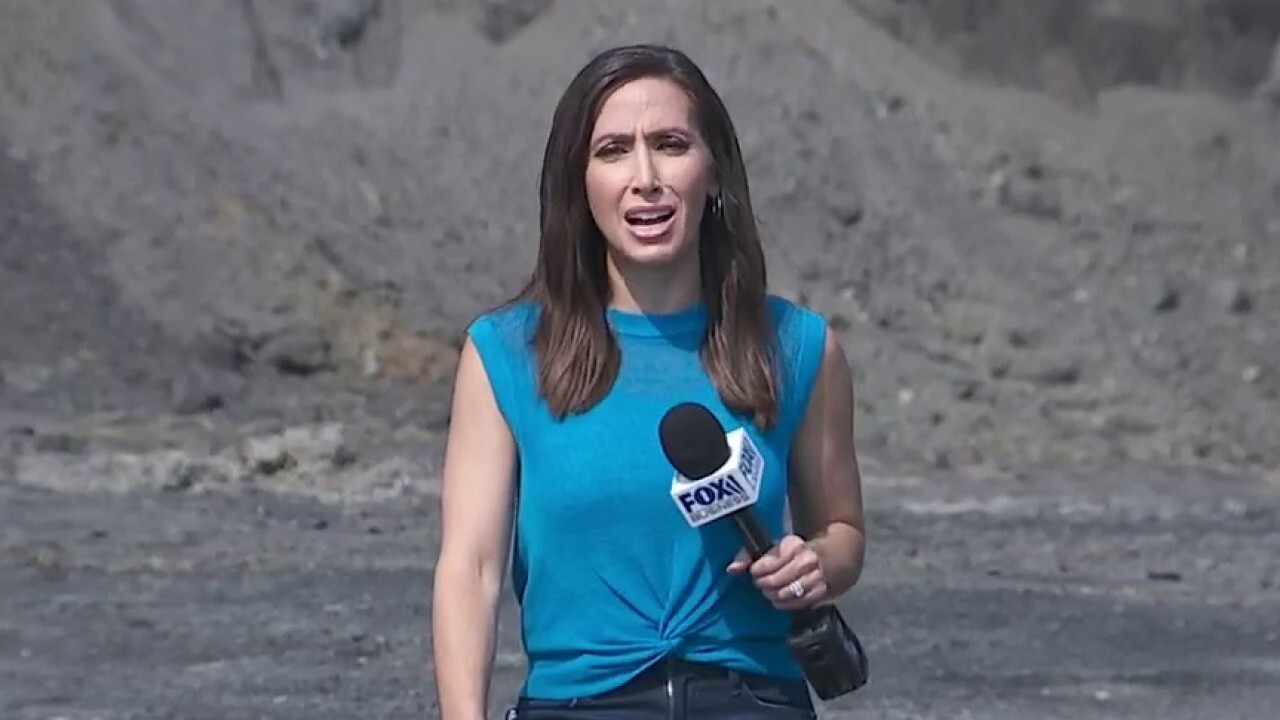 Profits from some Bitcoin investments are helping to revive and repurpose former coal mine locations. FOX Business' Lauren Simonetti with more.

Hundreds of coal miners and union advocates took to the streets of New York City this week in support of workers from Warrior Met Coal mines in Brookwood, Alabama. Approximately 1,100 Warrior Met Coal mine workers have been on strike against their employer for nearly five months, fighting for better pay and benefits.

IF NEVADA HAD A PIPELINE, FUEL SHORTAGE WOULD BE NIL

According to the United Mine Workers of America, the current agreement with union employees was negotiated as Warrior Met Coal, which was formerly known as Walter Energy, emerged from bankruptcy in 2016. Union members argue they made numerous concessions in pay, benefits, holidays, overtime and other areas totaling more than $1.1 billion to keep the company afloat and help get it out of bankruptcy.

Members of United Mine Workers of America (UMWA) and other labor leaders bow in prayer during a picket regarding the union's strike at Warrior Met Coal Mine, outside BlackRock's Headquarters in New York City, U.S., July 28, 2021. REUTERS/Brendan McDe (Reuters / Reuters Photos)

Warrior Met produces coal used in steel production in the United States, Asia, Europe and South America. The company currently has the operational capacity to mine about 8 million tons of coal per year from more than 300 million tons of recoverable reserves, according to its website.

The group of workers, who can be seen dressed in camouflage T-shirts carrying signs with the slogan "We are One" in videos shared on social media, gathered outside the midtown Manhattan headquarters of asset management firm BlackRock, which manages $9 trillion in assets for its clients and is Warrior Met Coal's largest shareholder.

Protestors can be heard chanting "no contract, no coal" and "Warrior Met Coal ain’t got no soul" with cars passing by honking in support.

UMWA International President Cecil Roberts said in a statement that the group was in New York City "simply following the money, and demanding that those who created that wealth, the miners, get their fair share of it."

"It's time to let the permanent ruling class on Wall Street & the government that runs cover for them, hear our voices," Republican congressional candidate for Washington's third district, Joe Kent, tweeted in support of the workers. "Our nation has a duty to provide for our people. We are a nation not an economy. Stop Blackrock & bring back our manufacturing & energy jobs."

Also showing support in person for the coal mine workers was actress Susan Sarandon.

"I know what it’s like to be a union person, to struggle for what is right, for what’s owed to you," Sarandon told the crowd of protestors, according to AL.com. "I stand by you one day longer, one day stronger. And I’ll use my voice, however little it is, to try to tell people around the world and the United States that aren’t aware of what you guys have been doing."

A Warrior Met Coal spokesperson told FOX Business that the company "values and appreciates all of our employees, including those currently on strike" and "remains committed to reaching an agreement with the United Mine Workers of America (UMWA)."

"We have and will continue to work with the UMWA to reach a fair and reasonable contract that provides our employees with a competitive package while protecting jobs and ensuring the longevity of the Company," the company added.

In addition, the company emphasized that it does not condone any acts of violence.

"Warrior Met Coal, Inc. was granted a court-ordered injunction in an effort to maintain a safe environment for our employees – including those actively at work and those currently on strike. This injunction was put in place due to unlawful activity on the picket lines early during the strike, to allow for peaceful ingress and egress to our facilities, as well as maintain public safety," Warrior Met Coal added. "Understanding this is a stressful situation for all individuals involved we continue to take measures to protect the well-being and safety of our team and we are hopeful for a speedy resolution."