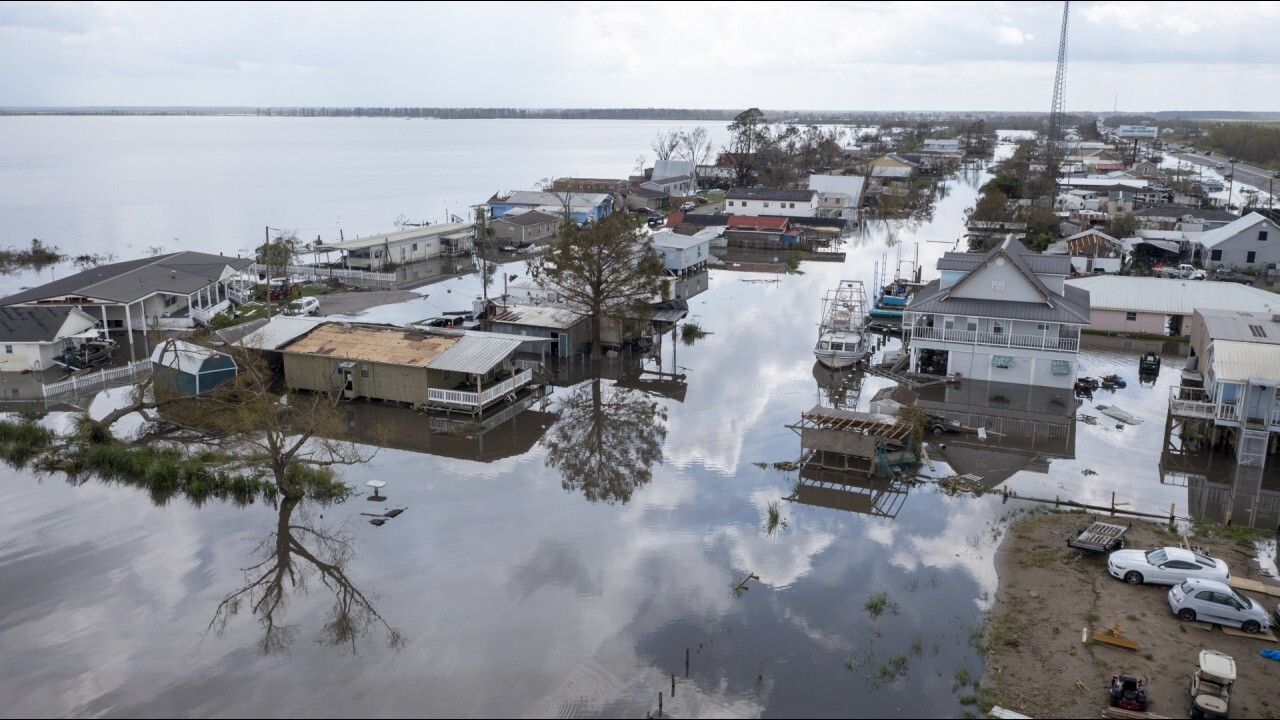 Zachary Cheer Athletics owner Jessica Stott discusses the damage she’s seen from Hurricane Ida and how her business and community is helping the recovery process.

More than 100,000 customers were without power in Texas and Louisiana on Thursday morning as now post-Tropical Cyclone Nicholas moved near the coastline.

NICHOLAS LEAVES OVER  100K WITHOUT POWER IN TEXAS

Close to 100,000 customers were without power in Louisiana before the storm made landfall early Tuesday morning as a Category 1 hurricane.

Utility officials said they did not expect that efforts to restore power to Louisiana would be impacted by Nicholas.

Storm clouds from Tropical Storm Nicholas are seen behind a home that was destroyed by Hurricane Ida, in Pointe-aux-Chenes, La., Tuesday, Sept. 14, 2021.  (AP Photo/Gerald Herbert)

However, South Louisiana Electric Cooperative Association CEO Joe Ticheli said that the damage was so "catastrophic" in the hardest-hit parts of southern Terrebonne Parish that even when power is restored houses and businesses won’t be able to receive it.

Power had largely been restored in New Orleans following a citywide blackout due to Ida, though other problems remained.

While Nicholas dumped as many as 10 inches of rain on parts of Texas, the weather service was reportedly checking on the potential of nearly 14 inches in Galveston and Houston reported more than 6 inches.

Parts of Louisiana also received more than 10 inches of rain from the storm.

Rain is expected to linger for days in Louisiana and the National Hurricane Center issued flash flood watches along the central Gulf Coast from portions of southeast Louisiana, southern Mississippi, Alabama and the Florida Panhandle.

The agency said that Nicholas is expected to produce additional rainfall amounts of 2 to 4 inches across the region on Friday with isolated storm totals of 12 inches possible.

Nicholas – with maximum sustained winds near 25 mph – is projected to drift slowly northward over the next few days and slight weakening is forecast on Thursday.

"The center of Nicholas may become ill-defined during the next couple days as it struggles to develop minimal thunderstorm activity near its center," the hurricane center said.