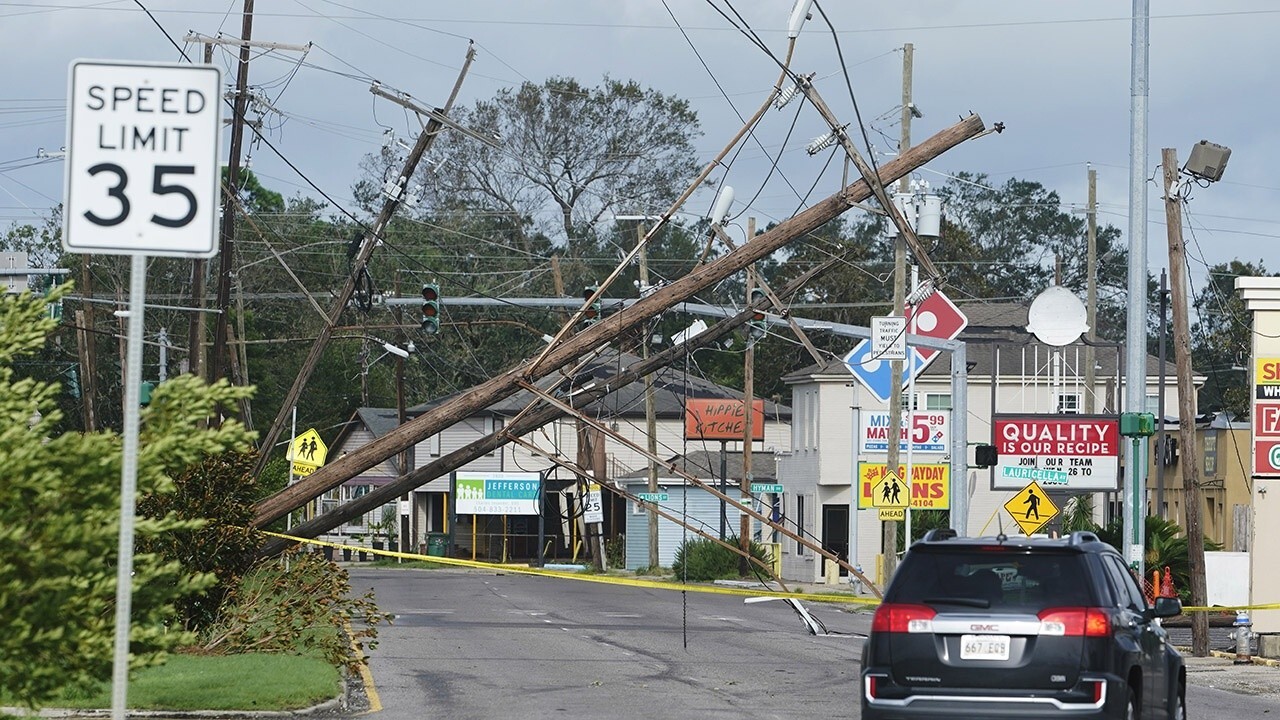 The monumental destruction wreaked this week by Hurricane Ida, one of the most powerful storms to ever make landfall in the U.S., has become a new catalyst on Capitol Hill for lawmakers pushing a $1 trillion bill to rebuild the nation's crumbling infrastructure.

Ida struck Louisiana on Sunday as a Category 4 hurricane, destroying buildings and knocking out power to all of New Orleans, leaving millions without air conditioning or refrigeration in the sweltering summer heat. Days later, remnants of the storm dumped historic rain over New York, New Jersey and Pennsylvania, with at least 14 deaths tied to the storm.

But the hurricane – and the damage linked to it – is bolstering supporters of the Senate-passed infrastructure bill, who say the latest natural disaster shows the need to immediately enact the $46 billion included in the legislation to mitigate the destruction wrought by floods, wildfires and droughts, and the $28 billion to strengthen power grid infrastructure, resiliency and reliability.

"If we are going to make our country more resilient to natural disasters wherever they are we have to start preparing now," Senator Bill Cassidy, R-La., said during an interview on CNBC. "We can’t look in the rearview mirror and say, ‘Boy I wish we were prepared.’"

The Senate already approved the infrastructure bill in a 69-30 vote last month, with 19 Republicans joining all 50 Democrats to pass the measure.

"I’m sure hoping that Republicans look around my state, see this damage and say, ‘If there’s money for resiliency, money to harden the [power] grid, money to help sewer and water, then maybe this is something we should be for,'" Cassidy said.

But the bill, which includes $550 billion in new funding mostly traditional projects like roads and bridges, transit, airports and broadband, still needs to clear the House in order to become law. Democrats set a Sept. 27 deadline for a vote on the bill under a deal between Speaker Nancy Pelosi and nine moderate members of her caucus, who were worried about a plan to tether the infrastructure legislation's passage to a larger reconciliation bill.

Centrist and progressive Democrats have feuded for months over which bill to pass first. One of the nine House centrists who initially threatened to torpedo the more expensive spending plan, Rep. Henry Cuellar, told Politico that Ida demonstrated the need to prioritize the infrastructure bill.

"Members need to take the politics out," Cuellar, D-Texas, said. "People just need to understand that if they're worried about the ecological damages, storms, hurricanes — there is a lot of money that will be beneficial."

Ida’s destruction could result in insured losses as high as $25 billion, according to one estimate from the credit rating agency Fitch.

Still, progressives have used the hurricane to argue the opposite point: Combating climate change, and passing the reconciliation bill, should be the top priority.

"We are running out of time to act on climate. Members of both parties engage in misleading rhetoric and funny math to convince the public we are addressing climate change more than we are - & that includes parts of the current infrastructure plan," Rep. Alexandria Ocasio-Cortez tweeted. "We need a Green New Deal now."

The partisan $3.5 trillion spending plan, which can pass the Senate only if Democrats vote in lockstep, would include billions to combat climate change.