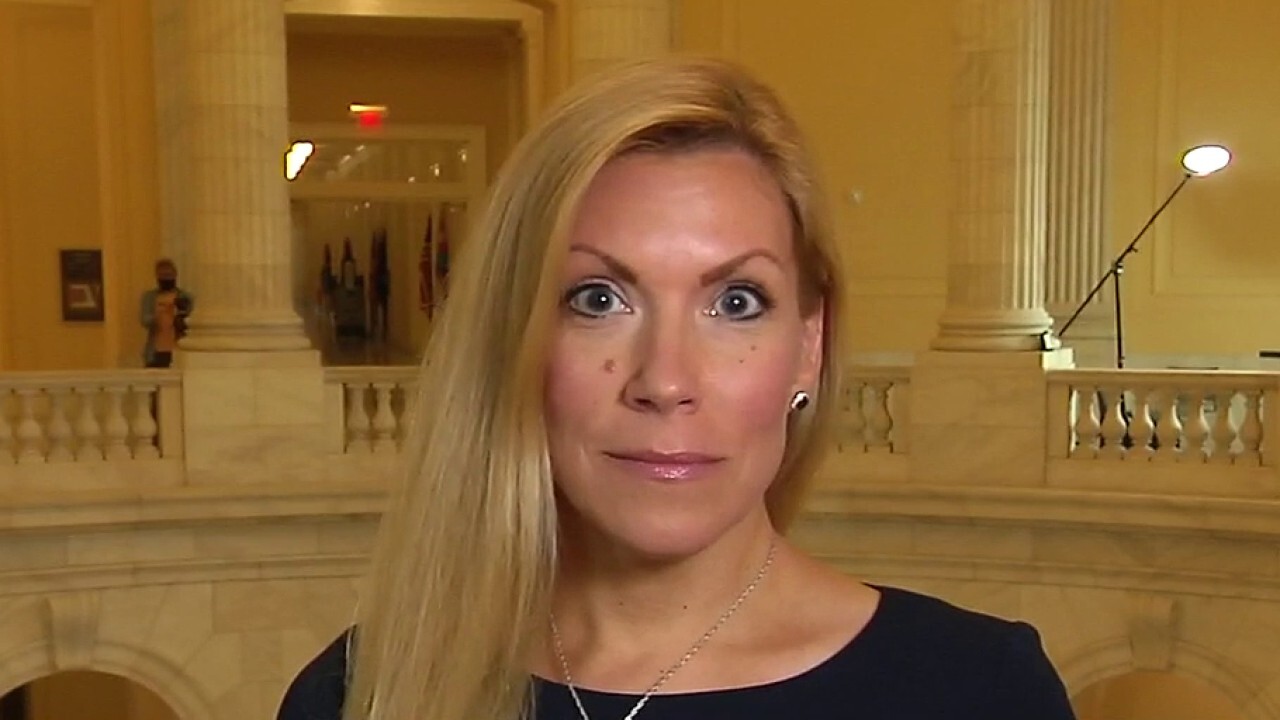 Federal Reserve Chairman Jerome Powell said Wednesday that surging inflation may not fade until the latter half of 2022, but maintained that wild swings in consumer prices will stop once current pressures on the supply chain dissipate.

Speaking to reporters after the Fed's two-day, policy-setting meeting, Powell blamed the highest inflation in 30 years on supply chain bottlenecks, pandemic-induced shortages and pent-up consumer demand and pushed back on the idea that wage pressure from an incredibly tight labor market is what's driving inflation.

Inflation, as measured by the Fed's preferred gauge, is at the highest level since May 1991. (In September, the so-called core personal consumption expenditures price index jumped to 4.4%, well above the Fed's preferred target of 2%). Still, the U.S. central bank has not backed away from its stance that inflation is likely transitory and expected to cool next year.

"The timing of that is highly uncertain," Powell said, "but certainly we should see inflation moving down by the second or third quarter."

His comments came after the Federal Open Market Committee voted to begin pulling back on the extraordinary stimulus it has given the economy since March 2020. The U.S. central bank announced that it would reduce its aggressive bond-buying program by $15 billion a month in mid-November, lowering its purchases of long-term Treasury bonds by $10 billion a month and purchases of mortgage-backed securities by $5 billion a month.

The monthly asset purchases, known as quantitative easing, were intended to stabilize the financial markets and keep credit cheap during the pandemic. The tapering, which brings to an end the massive expansion of the U.S. central bank's $8.6 trillion balance sheet, would conclude by the end of June under the current trajectory – which was moved up slightly by Powell as inflation has spiked.

The Fed said the decision came "in light of the substantial further progress the economy has made toward the Committee's goals since last December." However, while it said similar reductions in monthly assets purchases "will likely be appropriate," policymakers said they are prepared to adjust the pace "if warranted by changes in the economic outlook."

Investors were also closely watching the post-meeting statement for signs that central bankers may expedite an interest rate hike next year in order to quell rising inflation. Rates are expected to remain at the current range of 0% to 0.25% until "labor market conditions have reached levels consistent with the Committee's assessments of maximum employment," the Fed said.

There are still about 7.7 million out-of-work Americans.

Powell has stressed that Fed policymakers will wait for the supply chain disruptions to dissipate and inflation to slow before hiking rates.