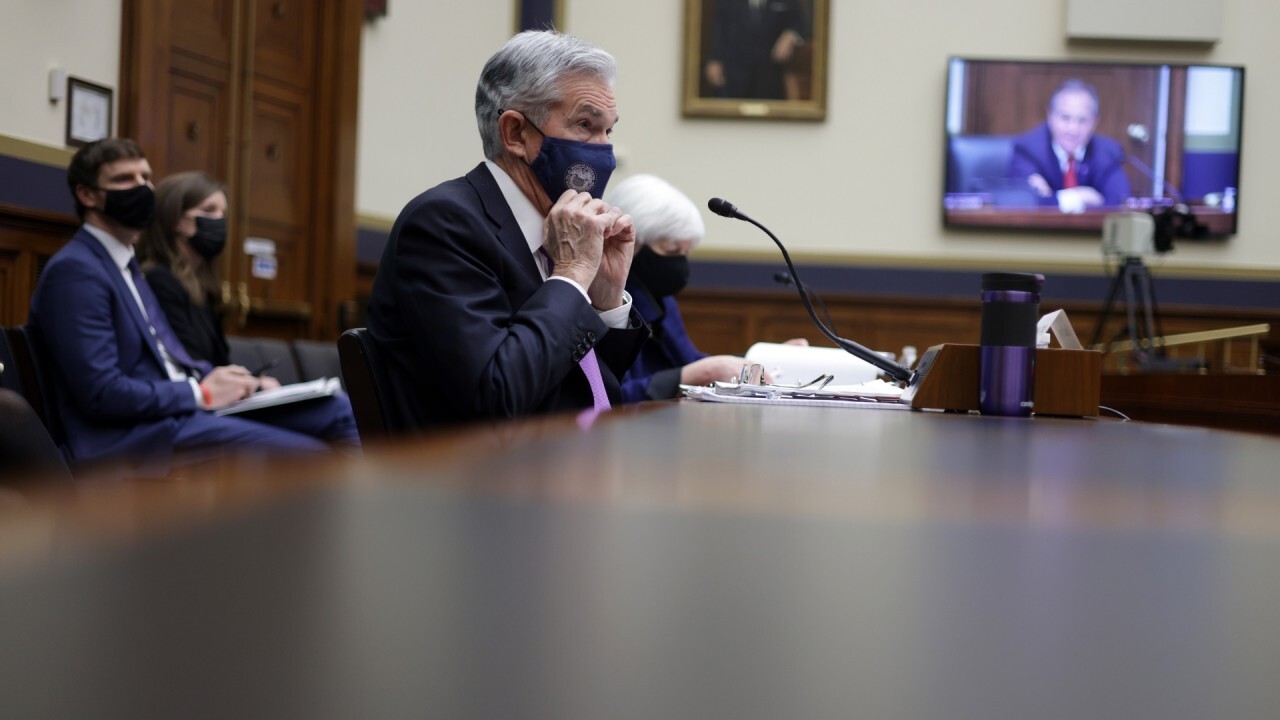 Federal Reserve officials on Wednesday are expected to lay out plans to begin accelerating the winding down of their massive bond-buying program as they seek to remove the crutches from the U.S. economy in order to combat the hottest inflation in four decades.

The two-day policy setting meeting is the first since Chairman Jerome Powell conceded that inflation has been higher and longer-lasting than U.S. central bank officials initially anticipated.

While testifying before Congress two weeks ago, Powell said that it was time for the Fed to retire the word "transitory" in describing inflation – partly due to confusion over the word's meaning – and suggested that officials may have to react to rising prices by speeding up their tapering of bond purchases.

"At this point, the economy is very strong, and inflationary pressures are high," Powell told lawmakers. "It is therefore appropriate in my view to consider wrapping up the taper of our asset purchases, which we actually announced at our November meeting, perhaps a few months sooner."

Although a faster taper timeline is widely expected, economists will be closely watching Powell and the Fed for signs of a sooner-than-expected interest rate lift-off as the U.S. copes with the highest inflation spike in 39 years. A majority of traders are pricing in at least a 25-basis point hike in May, according to the CME’s FedWatch tool, and about a 62% chance of three modest rate increases over the course of 2022. Another 32% are projecting a fourth rate hike in December.

"Wednesday's FOMC meeting is critical, as the Federal Reserve is running low on options after waiting too long to begin tightening policy," said Danielle DiMartino Booth, Quill Intelligence CEO and a former adviser to then-Dallas Fed President Richard Fisher. "While it's rare to make changes to policy at December meetings, the Fed is under tremendous pressure given the persistence of elevated inflation to expedite its previously announced tapering at a minimum."

The Fed had been purchasing $120 billion in Treasury bonds and mortgage-backed securities throughout most of the pandemic in order to keep credit cheap and stabilize the financial markets. In November, Fed officials announced plans to scale back the program by $15 billion a month, a timeline that would end the program by late June.

Economists expect Fed officials to accelerate the tapering to $30 billion a month.

Reducing bond purchases will be the first step the Fed takes in returning to a more normal policy setting.

The Fed meeting – the last one this year – comes on the heels of new government data released last week that revealed the consumer price index rose 6.8% in November from a year ago, marking the fastest increase since June 1982, when inflation hit 7.1%. The CPI – which measures a bevy of goods ranging from gasoline and health care to groceries and rents – jumped 0.8% in the one-month period from October.

"Inflation at a nearly 40-year high is not something the Federal Reserve can ignore," DiMartino Booth said. "While gas prices are starting to decline, there is still plenty of food inflation. There is risk now that inflation has become entrenched in households’ psyches, which further pressures policymakers at the Fed to be more aggressive in their tightening stance."

At the same time, employment is inching closer toward pre-pandemic levels, with the unemployment rate dropping to 4.5% in last month, according to the Labor Department.