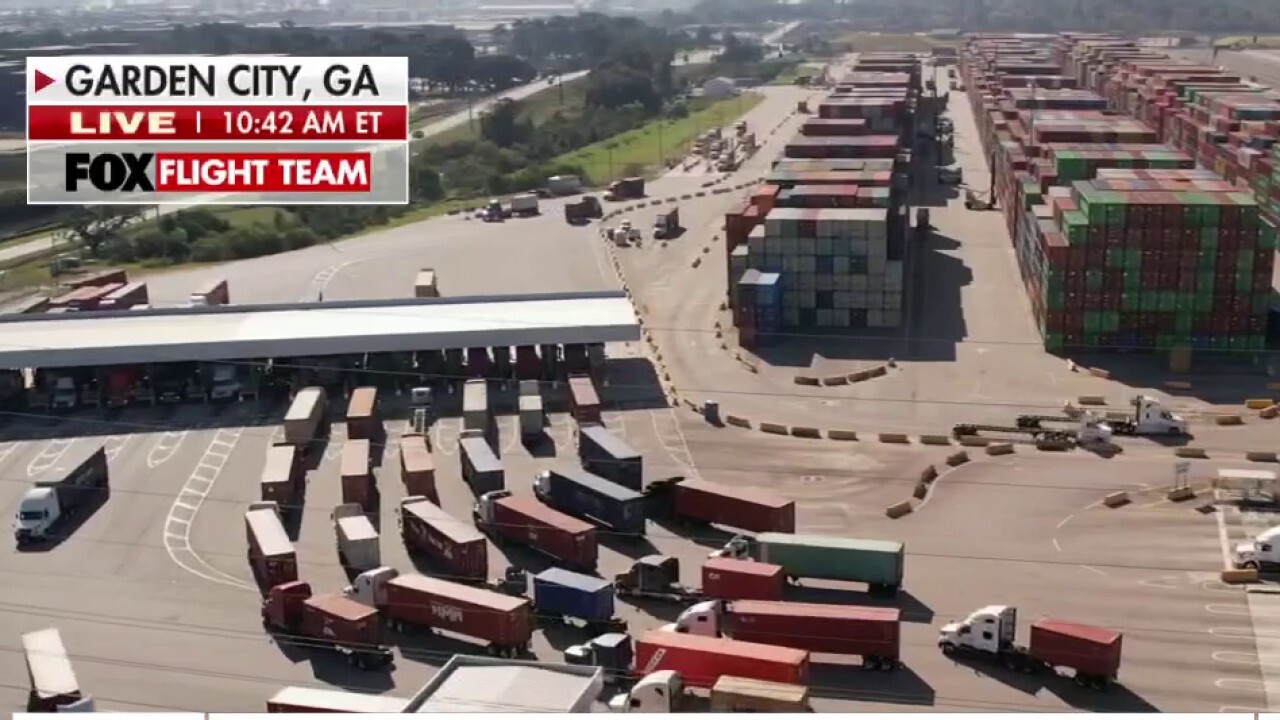 Port of Savannah backlogged with dozens of ships

Republican Florida Gov. Ron DeSantis is touting his state's seaports as a solution to help ease America's ongoing supply chain crisis, offering them as an alternative to the overwhelmed ports in other parts of the country.

In a Tuesday press conference at the Port of Jacksonville, known as JAXPORT, DeSantis pointed to backlogs such as those currently happening in California, where the ports in Los Angeles and Long Beach both had a record number of ships waiting to unload the day before.

Last week, the White House said LA's port had vowed to start opening 24 hours a day, but the port has yet to lay out a timeline for when that might happen.

DeSantis says Florida ports, in contrast, are already open at all hours and can handle a lot more business than they already do.

"Our ports operate 24/7, I mean, that should be happening anyway," the governor said. "We in Florida have the ability to help alleviate these logjams and help to ameliorate the problems with the supply chain."

"We're here, we have capacity," he emphasized.

The governor said JAXPORT and other Florida seaports are further offering incentive packages to businesses that want to send cargo through the facilities, noting that companies in other parts of the globe have already begun rerouting shipments from logjammed ports to Florida.

Trucks drive beneath cargo containers stacked on the Ever Lunar container ship at the Port of Los Angeles, the nation’s busiest container port, on Oct. 15, 2021, in San Pedro, California. As surging inflation and supply chain disruptions are disrupti (Photo by Mario Tama / Getty Images)

DeSantis said that since he became governor in 2019, Florida has allocated nearly a billion dollars to port projects, and the state has also invested in freight and rail infrastructure – two other areas where hold-ups such as labor shortages have been cited as part of the delays in moving cargo out of other ports.

"We're able to accommodate these ships without back-ups, our seaports are used to operating around the clock, they're used to moving cargo for American families, farmers and businesses, and we think that this is a great solution given our capacity for some of the problems you see across the country," the governor said.