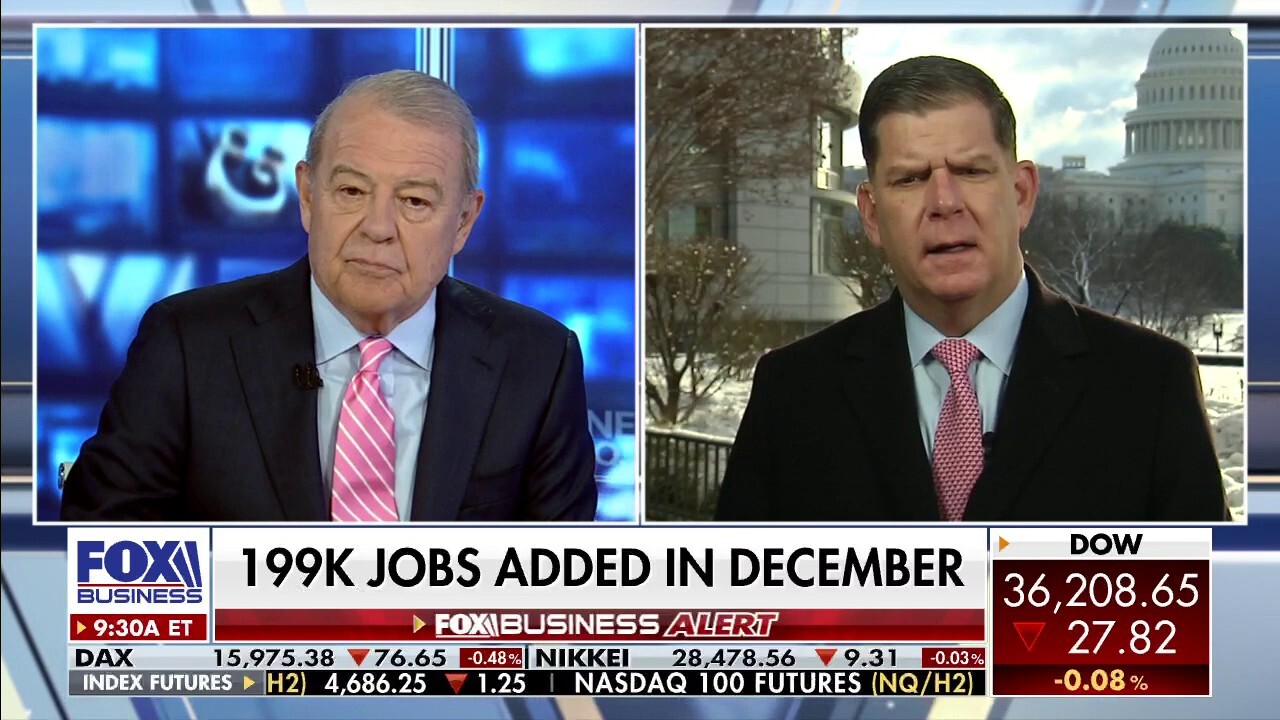 U.S. Department of Labor Secretary Marty Walsh says there’s ‘no question’ that the omicron surge will have some effect on January’s job report.

Although U.S. job growth slowed markedly in December, most industries still added to their payrolls last month, with restaurants and bars leading the way in hiring before the threat of the new omicron variant.

The Labor Department said in its Friday report that employers added just 199,000 jobs last month, sharply missing expectations for a gain of 400,000. The unemployment rate, meanwhile, fell to 3.9%, the lowest level since February 2020 when the pandemic shut down a broad swath of the nation's economy.

Leisure and hospitality, one of the hardest-hit sectors that has become a bellwether of sorts for the economy's recovery, saw a gain of 53,000 new jobs last month. Restaurants and bars saw an increase of 42,600, while hotels added 10,000 jobs last month. In all, the sector has recovered about 7 million of the jobs it lost during the pandemic, but remains about 1.2 million below its February 2020 level.

Professional and business services also accounted for some of the biggest gains last month, with payrolls jumping by 43,000. The increases were widespread across the industry: Computer systems design and related services rose by 10,000, architectural and engineering services was up by 9,000 and scientific and research and development services climbed by 6,000. Employment in the industry is just 35,000 jobs short of where it was in February 2020.

There were also solid gains in manufacturing, which increased by 26,000, boosted primarily by hiring in the durable goods industries. A gain of 8,000 in machinery reflected striking workers returning to their jobs, the Labor Department said.

Construction also jumped by 22,000 last month, with gains throughout the sector, including nonresidential specialty trade contractors (13,000) and heavy and civil engineering construction (10,000). Still, the job growth last month was below its average gain of 38,000 over the prior three months. Construction employment is still 88,000 short of its February level.

"In December, employment showed little or no change in other major industries, including retail trade, information, financial activities, health care, other services, and government," the Labor Department's report said.