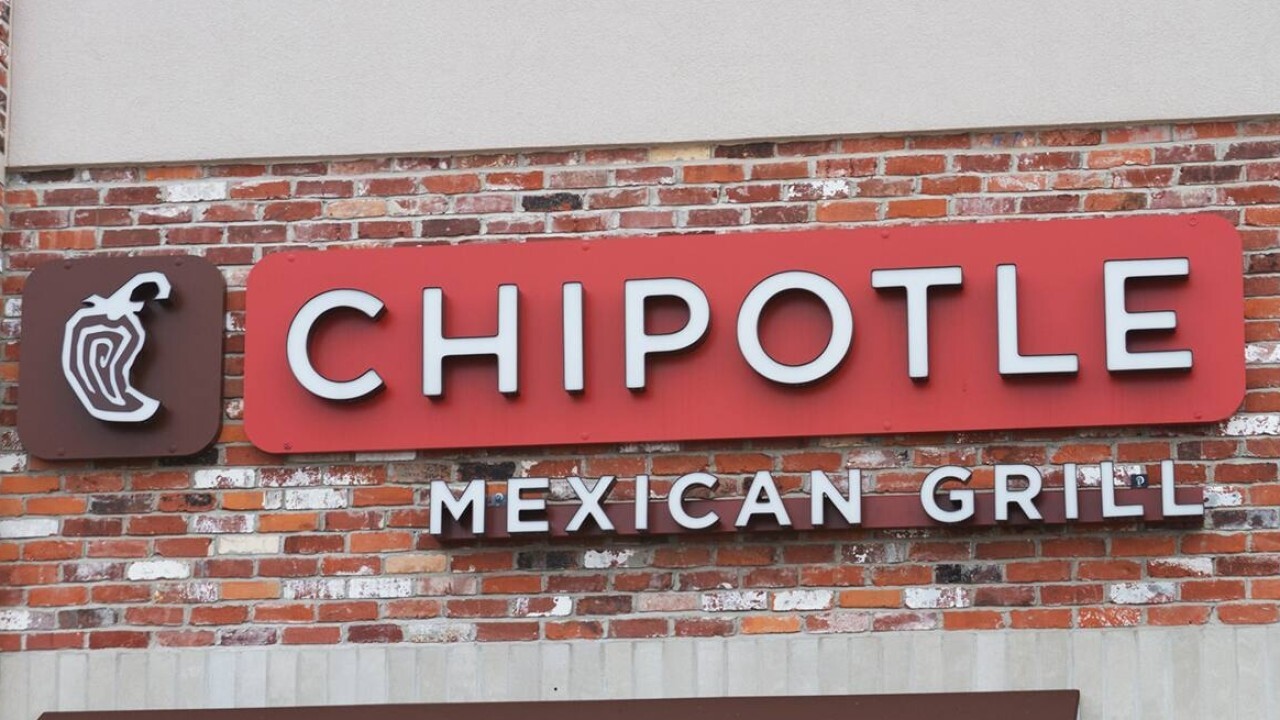 Chipotle giving away $200k in free burritos and bitcoin

Chipotle is increasing its wages as the restaurant industry continues its hiring spree.

The fast-casual chain on Monday announced the wage increases would result in a $15 average hourly pay for employees by the end of June. That means workers' starting pay would range from $11 to $18. The average employee wage was previously $13.

Chipotle says it’s aiming to hire 20,000 employees across the country, and its wage increases will be rolled out for new and existing hourly employees. The company also said it will launch a $200 employee referral bonus and a $750 referral bonus for apprentices and general manager hiring.

The wage increases come as more fast-food chains find ways to incentivize workers to fill job spots. McDonald's announced in April it was hiring 8,000 employees in Tennessee alone, and a separate franchise in South Florida said it would hand out $50 to anyone who simply shows up to an interview with the chain. Taco Bell, meanwhile, said it was looking to hire 5,000 people in April by hosting "hiring parties" nationwide with nearly 2,000 corporate and franchise-owned restaurant locations participating in the recruitment effort.

"Chipotle is committed to providing industry-leading benefits and accelerated growth opportunities, and we hope to attract even more talent by showcasing the potential income that can be achieved in a few short years," Marissa Andrada, chief diversity, inclusion and people officer at Chipotle, said in a statement.

Chipotle will host a virtual career fair on the Discord community platform on May 13.

Restaurants across the country are looking to fill job roles. Food and beverage establishments added 175,800 jobs in March on a seasonally adjusted basis, according to the National Restaurant Association,  which cited preliminary data from the Bureau of Labor Statistics. Still, employment is 1.8 million jobs below pre-COVID-19 levels.