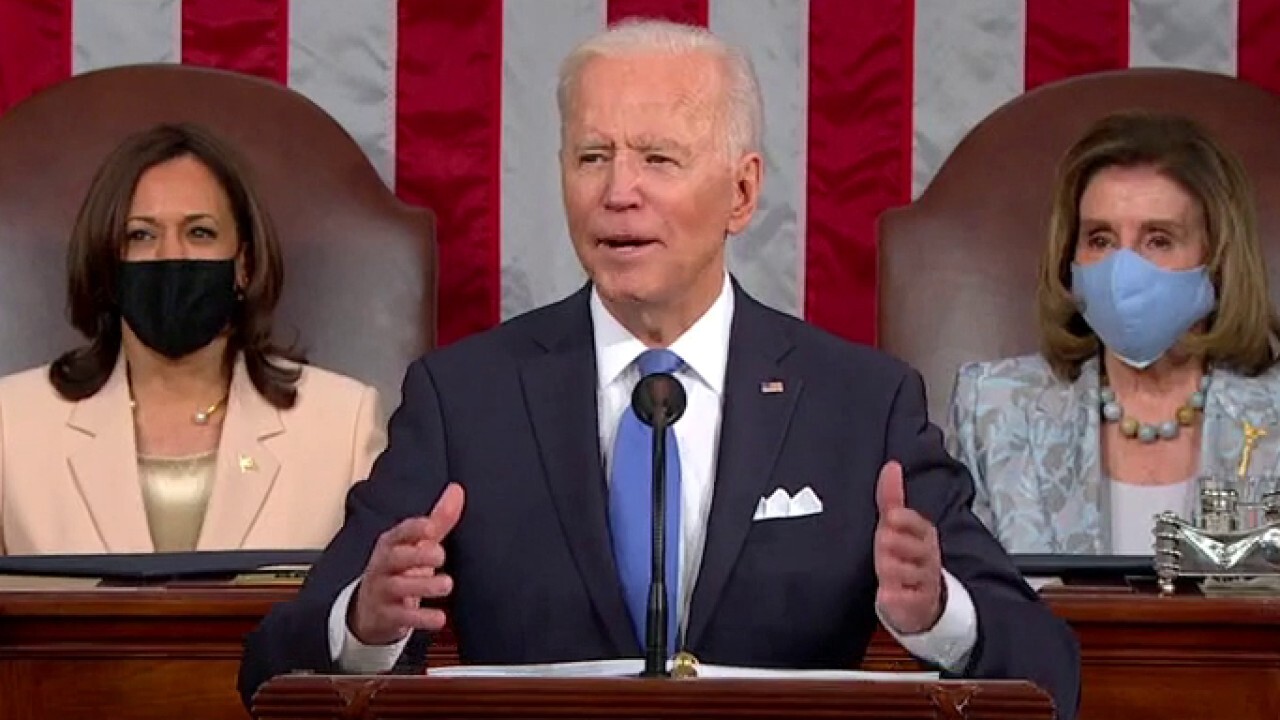 President Biden released an ambitious spending proposal on Wednesday that would make significant investments in child care and paid family leave –  a $1.8 trillion measure that would be paid for almost entirely by significant tax hikes on the top sliver of U.S. households.

"My fellow Americans, trickle-down economics has never worked," Biden said this week during his first primetime address before a joint session of Congress. "It’s time to grow the economy from the bottom up and middle out."

The 10-year initiative, known as the American Families Plan, is the second part of Biden's multi-part "Build Back Better" agenda, which calls for some $4 trillion in new spending. The first part, dubbed the American Jobs Plan, includes billions in new funding for roads and bridges, as well as green energy, water systems and elder care. That proposal would be paid for by a slew of new taxes on corporations.

Here’s a closer look at what we know — and don't know — about the proposed tax increases.

What is Biden proposing?

The American Jobs Plan, the $2.3 trillion spending plan that Biden introduced at the beginning of April, would raise the corporate tax rate to 28% from 21%, reversing a key part of Republicans' 2017 tax law. The measure would also impose a higher global minimum on companies' foreign earnings.

The American Families Plan, which the White House unveiled this week, includes the tax hikes on wealthy Americans.

That proposal would restore the top personal income tax rate to 39.6% – where it sat before the 2017 Tax Cuts and Jobs Act – for the highest 1% of earners.

Biden would also increase the capital gains rate to 39.6% from 20% for households earning $1 million or more, bringing that rate in line with the top marginal income tax rate. The administration estimates it will affect roughly 0.3% of taxpayers, or about 500,000 households.

The president also wants to eliminate the so-called stepped-up basis. Under current law, when heirs inherit an asset that has appreciated in value, they get a "step-up" in basis, meaning they receive the holding at its current market value. Beneficiaries can sell those assets and pay capital gains based only on the time they receive the asset and the time they sold it, allowing them to minimize the tax bite.

Biden is calling on Congress to beef up funding for the IRS, giving the agency more manpower to audit wealthy Americans. The White House estimates that enhancing enforcement will generate $700 billion in tax revenue by closing the gap between typical American workers and very high-earners who employ sophisticated methods to minimize their tax liability.

Who would pay the higher taxes?

The White House said the higher tax rates would apply "only to those within the top 1%."

The top individual income tax rate – 39.6% – will be paid by families with joint taxable income of about $509,300 and individuals earning more than $452,700, the administration official told FOX Business. Under those proposed brackets, a hypothetical couple that earns $600,000 combined each year would be required to pay the higher taxes, even if the spouses individually made less than $400,000. This would apply if the couple filed jointly.

The income threshold level for the higher capital gains tax is still unclear, although Biden said anyone who earns more than $1 million will pay the new levy. It's unknown if that applies to individual filers or joint filers.

Will the income threshold change for married couples filing jointly vs. individual filers?

The Biden administration has provided inconsistent answers on whether the proposed income threshold levels will apply to married couples who file jointly and individual filers.

When would the new taxes take effect?

The proposal does not specify a date, although a senior White House official told FOX Business the higher individual income brackets would kick in for the 2022 tax year.

It's unclear whether the capital gains tax hike would begin in 2022, or whether the administration would make the increase retroactive in order to avoid triggering a market sell-off.

"The proposed changes to capital gains will be designed in coordination with Congress, and with an effective date that avoids gaming," the official said.

How much will the new taxes generate in revenue?

The American Families Plan would generate $1.5 trillion over the next decade by taxing the highest earners, according to a fact sheet released by the White House.

How would the new revenue be spent?

Money from the taxes on high-income earners would go to: