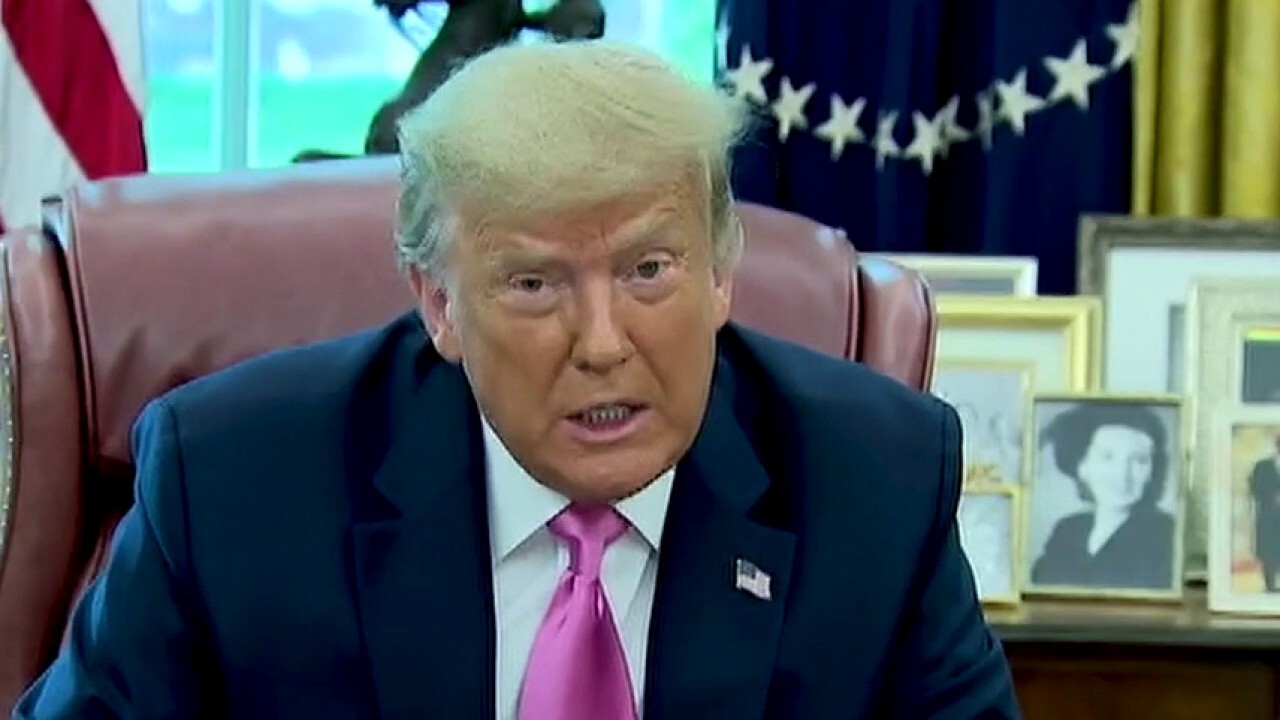 Art Laffer, a former economic adviser to President Reagan, told “America’s Newsroom” on Tuesday that he spoke with President Trump on the phone the day before about a payroll tax cut and said he thinks it’s “a perfect way to really reignite the economy” by “creating jobs, output and employment.”

“If you want more employment, you want to tax employment less and then you’ll get the jobs created,” Laffer explained, adding that a payroll tax cut “really does work.”

“If you want to redistribute income it's probably a very inefficient way of doing it through the payroll tax,” he continued. “You should write people a check and the two distinctions between redistribution and creating jobs, you shouldn't mix those two.”

Trump said Sunday that he would consider "not signing" a fourth round of coronavirus relief funding if it doesn't include a payroll tax cut.

The White House and Congress are expected to cobble together a "phase four" coronavirus relief bill as many Americans' financial futures remain uncertain because of COVID-19.

White House Chief of Staff Mark Meadows and Treasury Secretary Steven Mnuchin traveled to Capitol Hill Tuesday to meet with Senate Republicans over lunch and then huddle with House Speaker Nancy Pelosi and Senate Minority Leader Chuck Schumer on the next coronavirus bill.

Trump has called a payroll tax cut “very important, “adding that it has “proven to be successful.” “It's a big saving for the people, it’s a tremendous saving and I think it's an incentive for companies to hire workers back and to keep their workers,” President Trump said.

Laffer acknowledged on Tuesday that “it is true, if you are not employed [a payroll tax cut] won’t give you any benefits," adding that it is also true that "if you are employed, your paycheck will be higher.”

He went on to note that “the whole reason you do a payroll tax rate cut is to bring those people who are unemployed back into the labor force.”

“You make it much more attractive for someone to come back to work because you get a 7.65 percent boost in your after-tax pay and it likewise makes it much more attractive for employers to hire them because you get a 7.65 percent reduction in the cost for hiring people. So it means we’ll get much faster growth in employment than we otherwise would get,” he explained.

“It’s the tax rate aspect that’s so important, not the tax aspect,” he added.

Laffer went on to say that stimulus checks “is where you take care of people who need it.”

“But if you want growth and employment, what you want to do is you want to reduce impediments to employment by reducing taxes on it,” he continued. He added, “What you want to do is reduce the taxes on employment so we create more employment not so that we redistribute income, so we increase the incentives for people to work and that's what the whole key is to the payroll tax waiver or holiday.”

White House economic adviser Larry Kudlow has repeatedly brought up payroll tax holidays as part of coronavirus recovery. However, Kudlow's support for such a provision is not shared by Mnuchin, according to a report from FOX Business.