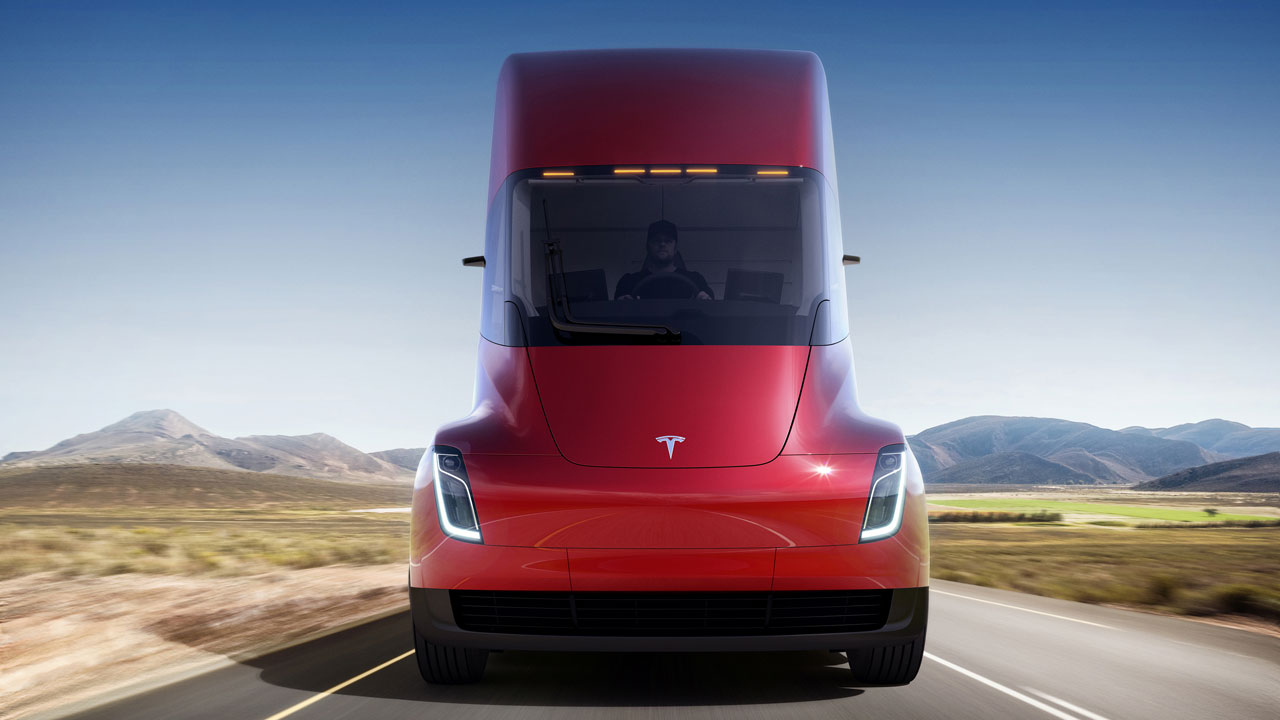 Elon Musk defied the challenges of the coronavirus pandemic to help Tesla Inc. deliver a wildly successful year. For 2021, the chief executive is setting expectations even higher and has the long-haul trucking industry in his sights.

Having demonstrated that consumers will enthusiastically buy electric cars, Mr. Musk now wants to show the trucking industry -- a risk-averse and thin-margin business with little patience for Silicon-Valley hype -- will embrace a battery-powered vehicle.

The Tesla semitrailer truck is part of a flurry of vehicle-production activity Mr. Musk has planned for 2021. Those plans include a new electric pickup truck, factories in Berlin and Texas starting up, and higher output at the company's Shanghai plant. Tesla is aiming to produce at least 68% more vehicles across its inventory next year, Mr. Musk has suggested, from the 500,000 car deliveries the company targets in 2020.

Investors have a lot riding on Tesla's new projects going smoothly. The company's stock has more than quintupled since the start of the year, buoyed by five sequential quarterly profits that put it on track for its first-ever full-year in the black. The stock trades at more than 16 times annual sales, far more than its peer auto makers, and is poised to be added to the S&P 500 index in December.

TESLA COULD WIDEN RELEASE OF ‘SELF-DRIVING’ SOFTWARE IN TWO WEEKS

The Semi, to be built at Tesla's Austin, Texas, factory, and due to customers starting next year, will be a new challenge for the Silicon Valley electric-car maker. It will test how far Tesla has come with battery improvements it teased in September, how far it can push its manufacturing capabilities and whether the company can break into a new industry where Mr. Musk's star power has less pull among buyers primarily concerned about price and practicality.

"In general there is still fairly deep skepticism in the trucking industry of whether the technology actually works," said Morgan Stanley transportation analyst Ravi Shanker.

Controversy around electric-truck company Nikola Corp. may also raise questions about the nascent industry. The company is under investigation by the Justice Department and Securities and Exchange Commission after a short seller accused it of overstating the development of its technology.

When Tesla unveiled the Semi in 2017, it promised the truck would be in customer hands in 2019 and selling 100,000 trucks a year starting in 2022. Mr. Musk touted the product with his characteristic enthusiasm, saying on Twitter: "This will blow your mind clear out of your skull and into an alternate dimension."

The Semi, to be built at Tesla's Austin, Texas, factory, and due to customers starting next year, will be a new challenge for the Silicon Valley electric-car maker.

Yet the Semi features around five times more battery cells than Tesla's passenger cars, which Mr. Musk has said constrained his progress on the trucks. Some observers say such delays are evidence of Mr. Musk's tendency to overpromise and under deliver. In the past, Mr. Musk has denied that he sets unrealistic goals.

The Semi project is run by Jerome Guillen, a longtime transportation executive who joined Tesla in 2010. Tesla, Mr. Guillen and Mr. Musk didn't respond to requests for comment.

TESLA IN CROSSHAIRS AFTER NHTSA OPENS INVESTIGATION INTO 115K VEHICLES

The two-year delay works in Tesla's favor, to an extent. Electric vehicles have gained popularity as companies contend with new regulations and financial incentives to limit their emissions, and consumer pressure to reduce their carbon footprint.

"You are going to see fleet owners testing the waters," said Alan Amici, vice president and chief technology officer of transportation solutions at TE Connectivity Ltd., a technology company that supplies the auto industry and others.

Around 50 large shippers, carriers and retailers have reserved Tesla semis, based on statements from the companies and media reports, including Walmart Inc., United Parcel Service Inc., PepsiCo Inc and Anheuser-Busch InBev SA. Most of the orders represent a fraction of their respective fleets.

President-elect Joe Biden, a supporter of clean energy, said he plans to encourage electric vehicle adoption and toughen fuel-economy regulations. In September, California Gov. Gavin Newsom ordered that, "where feasible," heavy-duty vehicles operating in the state must be zero-emission by 2045.

"Any truck going out of the ports of Long Beach or L.A. will have a gun to its head that it has to move over to cleaner energy," said Jeff Osborne, an equity analyst at Cowen & Co.

Truck demand is up amid a surge in e-commerce orders amid the coronavirus pandemic. To satisfy their immediate needs, companies have been buying up diesel-powered trucks, with North American sales in October up 83% over last year, according to freight transportation research firm FTR. The purchases mean some fleet owners will put off truck renewals another five to 10 years, so Tesla may have to wait for a shot at winning that business.

Truckers also are driving their cabs farther, logging on average about 20% more miles weekly in November than in April, according to data from trucking technology startup KeepTruckin. Tesla has yet to prove the Semi can handle 500-mile hauling with rough weather or steep terrain. Diesel trucks typically can go about 1,600 miles before refueling and can top-up at stations at every major freeway exit. Battery charging stations are still sparse.

Tesla is putting Semi prototypes through its paces by moving its cars between the battery factory in Nevada and its plant in Fremont, Calif., using the 260-mile trip as part test run and part public relations exercise.

This photo provided by Tesla shows the front of the new electric semitractor-trailer unveiled on Thursday, Nov. 16, 2017.

Tesla says its trucks will sell for $150,000 to $200,000, a price that analysts say looks more realistic since the company in September unveiled advancements that would bring the cost of batteries down by 56% and boost energy capacity to increase driving range by 54%.

Yet at $150,000, a Tesla Semi costs around 25% more than the average diesel truck. The difference could be at least partly offset by government credits. Tesla says the trucks will provide more than $200,000 in gas savings over a truck's lifetime and fleets will recoup their investment in two years.

Cowen's Mr. Osborne expects closer to a three-year payback, based on certain assumptions about the cost of maintenance and electricity. Companies that buy the trucks likely will also need to factor in the cost of building charging stations.

Uncertainties around the Semi didn't deter Pride Group Enterprises, a trucking and logistics company based in Toronto and Dallas, from ordering 150. The company plans to build charging stations on property it owns in Canada and the U.S.

"Carbon footprint was definitely one of the top reasons we chose to make this decision," said Aman Johal, vice president of operations. "We are moving freight for large food and beverage companies and all of those customers have internal sustainability goals they have to make," he said, forecasting a broader industry shift "into the new world of electric trucks."