If you’ve read and agreed to the terms and conditions, you’re part of a tiny minority.

A Deloitte survey of 2,000 U.S. adults found a whopping 91 percent accept the legal terms before a transaction without ever reading them. For those ages 18 to 34, it jumped to 97 percent.

“No one reads the fine print. No one's going to read it,” Kurt Knutsson, a tech expert and founder of CyberGuy.com told FOX Business. And that’s likely because it’s often much too long, much too complicated and another barrier between the buyer and their purchase.

But people take a risk when they don’t know what they're signing up for. Nearly 99 percent of adults in an online experiment agreed to give up their firstborn child as payment to use a new social media platform and to pass their data on to the National Security Agency. 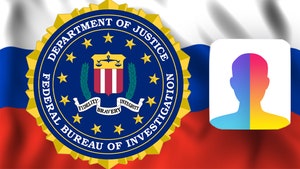 Sen. Chuck Schumer is calling for the FBI to look into the Russian company operating the app that morphs people’s faces to look older.

The agreements were fake, of course, but most people who agreed didn’t bother to check.

Then, there are more real-world examples: Presentation software company Prezi states in its terms that it can reproduce, modify and distribute any content created on its platform.

“The bad things that could happen range from losing your personal privacy, videos you've collected and images you think are private because you haven't chosen to share them publicly,” Knutsson said.

“There is seldom a timestamp. That means they own your data until forever. And, at this point in our country, we don't have any way to really get that back.”

Consumers can't cherry-pick which clauses they agree with, though. If they don’t agree, they don’t get access to the mobile app, wireless network or item they want to use.

“This is all about a one-sided culture in Silicon Valley,” Knutsson said. "Big tech companies allow their attorneys to come up with thousands upon thousands of words we never read because it's not reasonable to read. And unless you simply click agree, you're left behind.”

But there are some ways to make it easier. Nonprofit company TOSDR, or Terms of Service; Didn't Read, monitors the fine print of major brands and tracks when they change, what changed and gives them an overall rating on their efficacy, for example. 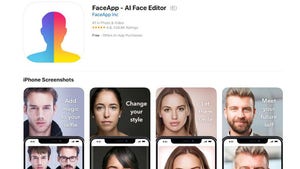 Google got a C grade since it collects and shares location data among other things.

It might not hurt to give a quick scroll of the terms, Knutsson said. Many are formatted into sections where users can read about a particular concern.

And a little skimming can go a long way: A Georgia high school teacher won a $10,000 reward after reading the terms and conditions that came with a travel insurance policy.