It’s the final frontier that President Trump says keeps some big-name billionaires filling the coffers of the U.S government.

During a Thursday night campaign rally in Manchester, N.H., the president called out tech titans Elon Musk and Jeff Bezos, saying the two are shelling out plenty of cash to rent launchpad space so they can send rockets beyond earth’s atmosphere.

“So I see Jeff Bezos and Elon Musk, they’re putting rockets up, I think it’s great. And they pay us rent. They use our facilities. That’s good,” he said.

Musk, the CEO of Telsa, founded SpaceX, which has launched dozens of missions, and successfully re-landed a rocket that delivered supplies to the International Space Station. It was the company’s 18th flight to the ISS.

Amazon founder Bezos heads up Blue Origin, which recently unveiled plans to land a rover on the moon by 2024.

“You know, I hear all these rich guys, for some reason they love space. So they’re rich. I said, ‘let them send the rockets up. What the hell do we have to do it, right?’”

The president explained the privatized ventures like SpaceX are working to save many of the parts from rockets by re-landing them back on Earth.

“It’s almost like, what are we watching? Is this fiction?”

Another company looking to make a star trek, Virgin Galactic -- which is owned by billionaire Richard Branson - recently showcased their taxpayer-financed launch facility in New Mexico. Some $200 million in state public funds were used to help build the facility.

The company plans to soon offer tours of the spaceport, along with flights to those who have enough money to reserve a seat on a six-passenger rocket ship. 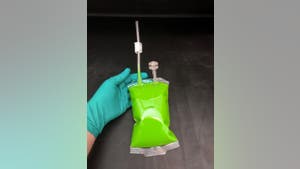 The capsule, carrying more than 5,000 pounds of experiments, is expected to dock with the International Space Station Friday, July 26.

Trump continued by explaining how the government still plans to invest in NASA and space exploration along with private companies.

"We have a lot of rich guys paying us a lot of rent, but we’re also doing it ourselves."

- President Trump, speaking at a New Hampshire campaign rally about investing in space

“We’re investing in the future of human space flight, and someday American astronauts will plant the stars and stripes on the surface of Mars,” he explained.

Trump said NASA was exhausted until his administration began to re-invest in the scientific venture.