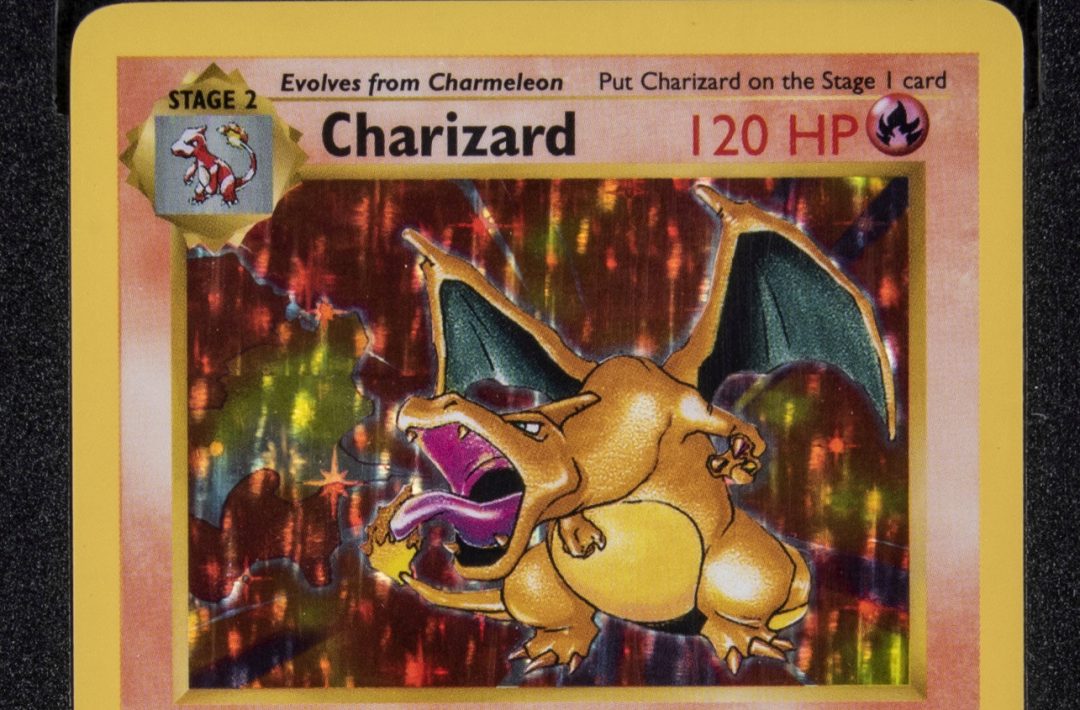 Another day, another record.

The card in question, a 1999 Pokémon Base 1st Edition #4 Charizard trading card, will be sold as part of Goldin Auctions’ Holiday Auction, with the auction house comparing the valuable card to other esteemed collectibles, such as the 1952 Topps Mickey Mantle Rookie Card.

"At first, the two hungered-for pieces might seem unrelated, but, after pondering the juxtaposition for a minute, real – even compelling – parallels emerge," the auction house wrote on its website. "Both items showcase larger-than-life figures who occupy center-stage in the fantasies of countless enthusiasts. Both pieces, especially in top-grade preservation, radiate a physical beauty which effectively combines attributes that resonate even with the uninitiated."

Bidding on the 1st-edition Pokémon card, described by the auction house as "extremely desirable" and "in one-of-a-kind pristine condition,"  started on Nov. 23 with a minimum bid of $50,000. It is currently at $170,000 and could easily double the record for a Pokémon card, previously set at $250,000.

“We believe this card has the ability to reach a $500,000 sale," Auction Director Dave Amerman told the news outlet.

“Having been given the highest possible grades by two highly respected third-party authenticators SGC and MBA, we believe this will be the most valuable Pokémon card ever sold," Goldin’s founder and CEO Ken Goldin added.

Pokémon, which partly owned by Nintendo, has seen a resurgence in the past few years, due in part to the popular Pokémon GO augmented reality game.

In November, another Nintendo franchise broke records at auction when a sealed copy of "Super Mario Bros. 3" became the most expensive video game ever sold, fetching a whopping $156,000 at auction.