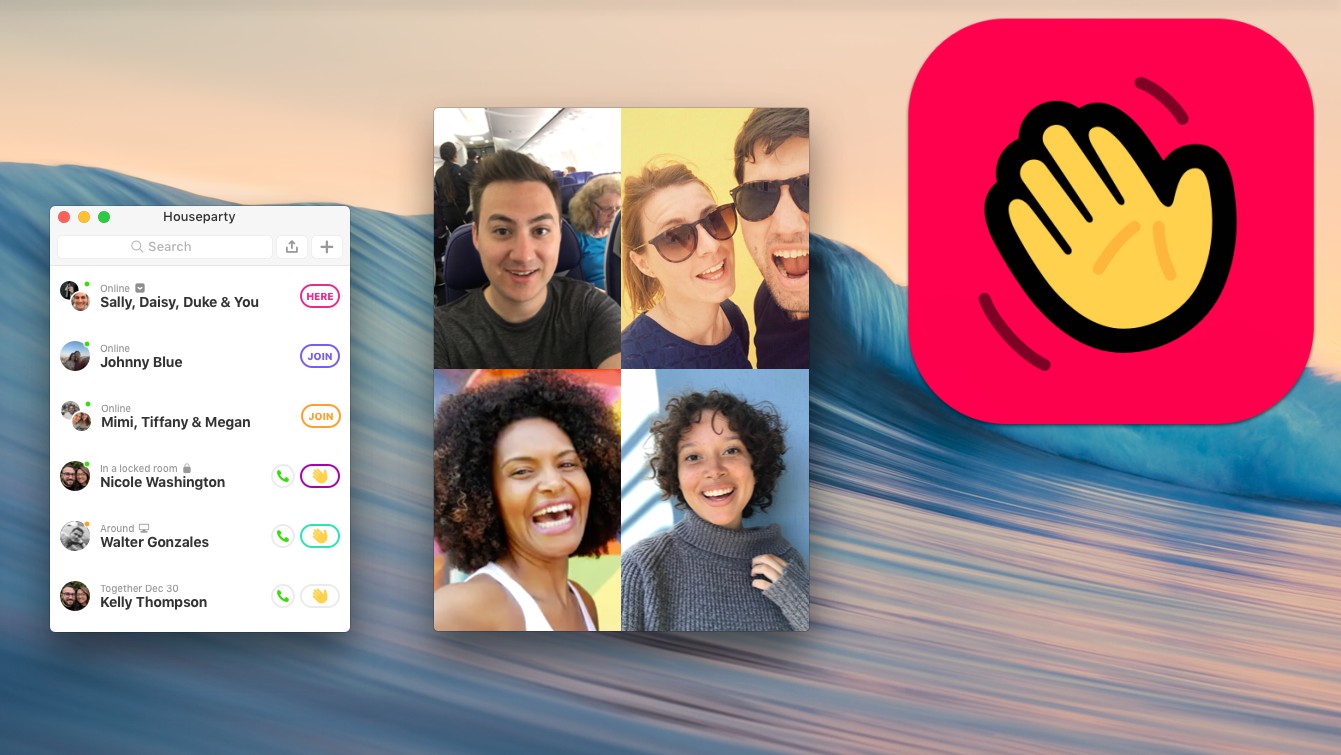 Houseparty has become a popular video meeting app alternative to Zoom as friends and families connect online during the novel coronavirus pandemic.

As a result of the pandemic, Zoom's userbase expanded from 10 million active daily users to 200 million in just three months, but with that demand came questions of privacy and cybersecurity that highlighted the app's unpreparedness for such unprecedented growth.

Houseparty represents an alternative to Zoom that has also seen stunning growth in its active userbase. Zoom is currently the No. 1 free app on the App Store in the U.S. while Houseparty sits at No. 3.

Houseparty did not immediately answer a question from FOX Business regarding its user numbers.

Zoom and Houseparty operate in a similar fashion. Users can host video meetings, create "rooms" with different contacts and float from room to room simultaneously.

One large difference between Houseparty and Zoom is the number of people who can join a single call; on Houseparty, only eight people can join one call, whereas on Zoom, up to 200 people can be in a single video conference, which is why the app appeals largely to businesses as people work from home amid the pandemic.

Another difference is Houseparty's gaming feature, which allows friends and families to connect by playing games while video-conferencing with each other on the app.

Zoom has come under the watchful eyes of Congress, state lawmakers and the FBI since reports of hacking, Zoombombing, information-sharing and ties to China came to light in late in March.

HACKED ZOOM ACCOUNTS, PERSONAL INFORMATION ARE BEING SOLD ON THE DARK WEB BY THE THOUSANDS

Zoom CEO Eric Yuan has repeatedly apologized to Zoom users and worked to make updates to the app, but incidents concerning user privacy continue to unfold.

Eric Yuan, CEO of Zoom Video Communications poses for a photo after he took part in a bell ringing ceremony at the NASDAQ MarketSite in New York, New York, April 18, 2019. (REUTERS/Carlo Allegri)

Houseparty faced similar hacking rumors in March that the company denied and even offered $1 million to whoever could prove those claims in a March 31 tweet.

"Houseparty is secure. There have been no data breaches and no exposure of customer data or third-party accounts. Immediately upon hearing these false reports, we assembled an internal team who worked alongside external experts to investigate. We determined these claims were not true," an April 2 blog post from the video conference app reads.