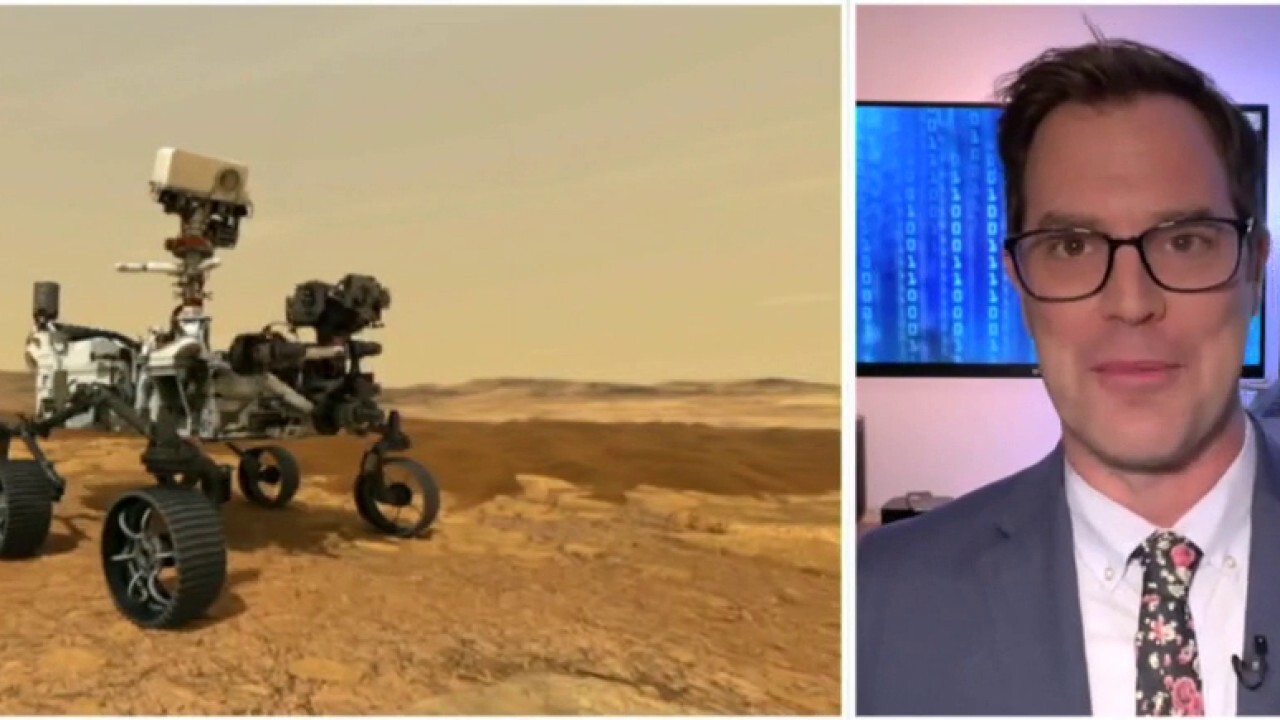 The long-awaited touchdown onto the red planet's Jezero Crater occurred at around 3:55 p.m. ET on Thursday, but it was not a guaranteed victory.

Approximately 50% of all previous Mars landing attempts have failed.

Musk's space exploration company SpaceX has worked in tandem with NASA over the last couple of years, making history in May 2020 with the maiden launch of two NASA astronauts into orbit aboard a commercially owned spacecraft. The journey also marked the first human spaceflight from U.S. soil since 2011.

A SpaceX Falcon 9, with NASA astronauts Doug Hurley and Bob Behnken in the Dragon crew capsule, lifts off from Pad 39-A at the Kennedy Space Center in Cape Canaveral, Fla., Saturday, May 30, 2020. For the first time in nearly a decade, astronauts bla

Now, SpaceX is working to launch the first all-civilian mission -- named Inspiration4 -- aboard the company's Dragon spacecraft by the end of the year.

SpaceX also voiced its support for Perseverance, tweeting on Thursday: "Welcome to Mars, @NASAPersevere! Congratulations @NASA and @NASAJPL – another successful mission to the Red Planet."

The rover will use a drill to penetrate the red planet's surface and collect and cache Martian rock and sediment for later return to Earth.

Its ultimate goal is to attempt to document proof of ancient microbial life on Mars.