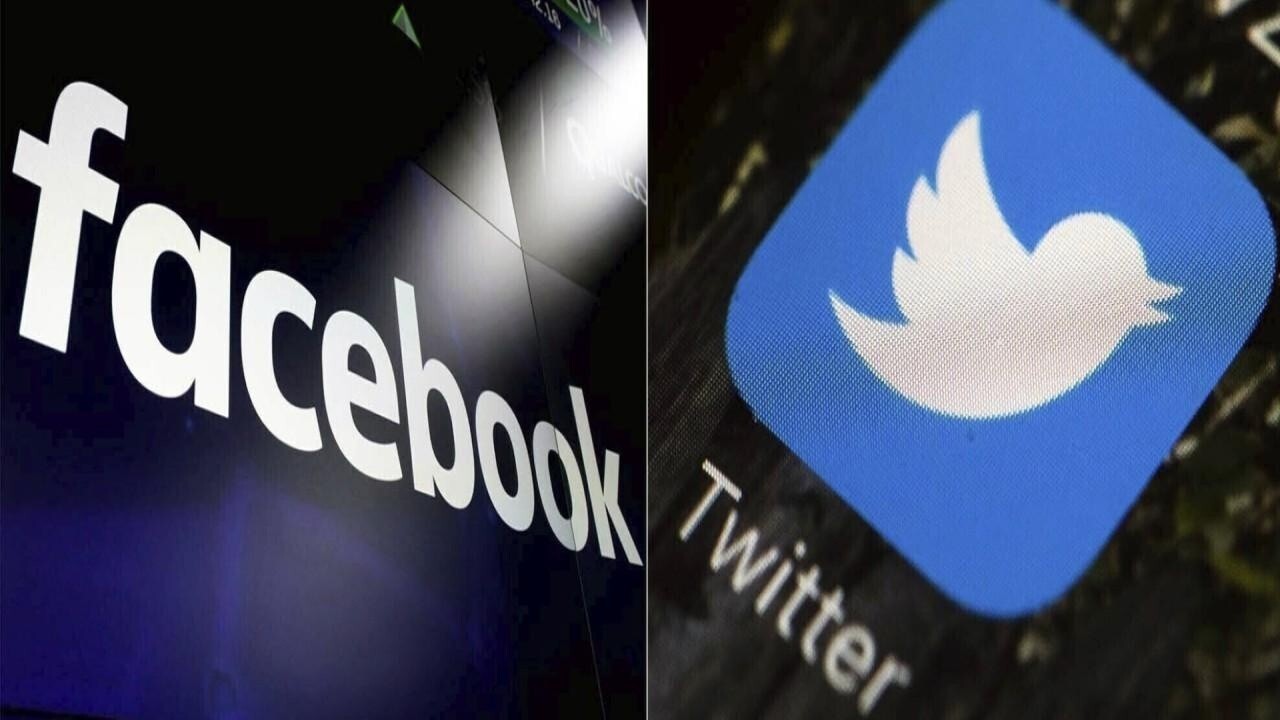 Social media companies must ‘distinguish’ between conservatism and violence: Expert

A group of conservatives and Trump administration officials quietly met in Las Vegas over the weekend to discuss issues including 'woke tech', 'restoring law', and the 'new slave power,' according to a report by Protocol.

The event, known as the 'Digital Statecraft Summit,' was hosted by the Claremont Institute, a conservative think tank.

A source familiar with Kratsios' planned remarks told Protocol he intended to speak about artificial intelligence and China.

Anton, who served as deputy national security adviser under Trump from February 2017 to April 2018, was slated to be on 'The New Slave Power' panel. Anton recently wrote an essay entitled 'Blue America Needs Red America' for Claremont's American Mind publication, in which he suggested that Democrats were 'openly talking about staging a coup' in an effort to 'command and oppress' Republicans. Also on the panel with Anton was conservative blogger Curtis Yarvin, also known as Mencius Moldbug, who once wrote in a blog post: "although I am not a white nationalist, I am not exactly allergic to the stuff."

While it was unclear what Candeub was scheduled to speak about, Mother Jones reported that he is known to have ties to white nationalists, including writing four Wall Street Journal op-eds with Marcus Epstein and representing Jared Taylor in a lawsuit against Twitter in 2018.

It was also unclear what Paxton was slated to speak about. Paxton is leading a multi-state antitrust action against Google and was part of an effort to overturn the results of the presidential election based on unfounded claims of election fraud in four states that voted for President-elect Joe Biden. The FBI is currently investigating claims that Paxton abused his power to benefit a wealthy donor. A representative for Paxton did not immediately return FOX Business' reqeust for comment.

This Jan. 6, 2021 file photo, Texas Attorney General Ken Paxton speaks in Washington, at a rally in support of President Donald Trump. In December, Paxton filed legal papers attempting to overturn the results of the presidential election based on unf

In additon, conservative legal scholar John Eastman, who helped to rally Trump supporters outside the White House before the storming of the Capitol on Jan. 6 which left five people dead, was reportedly slated to speak.

FILE - In this Jan. 6, 2021, file photo, Chapman University law professor John Eastman stands at left as former New York Mayor Rudolph Giuliani speaks in Washington at a rally in support of President Donald Trump, called the "Save America Rally." The

Also listed on the agenda was newly confirmed FCC Commissioner Nathan Simington, but he told Protocol he did not end up attending.

"Despite initial plans to do so, I did not attend or otherwise participate in the Claremont event this weekend, and I did not prepare or submit remarks," Simington said.

An attendee told Protocol that the tone of the event was expected to to be "very critical of tech, very pro some type of intervention."

'There's going to be some discrepancy and debate around what intervention looks like,' the individual said.

The attendee added that the Claremont Institute appeared to keep information about the summit 'under wraps', noting that no information was provided on who would be speaking just hours before the event was set to kick off and that the organization did not appear to be promoting the event on social media Saturday as the first panels began.

Protocol reported that the event also took place amid a spike in COVID cases in the Las Vegas area, and that Claremont Institute President Ryan Williams declined to answer the outlet's questions about "the new slave power" panel and what COVID-19 safety protocols were being implemented.

"The Claremont Institute has been a leading voice against political censorship by the Big Tech oligarchs, and we have no interest in commenting on an obvious hatchet job by a publication so clearly beholden to the pieties of Silicon Valley," Williams said in an email to Protocol. "Your questions are riddled with false premises, but we welcome the fire."

The Claremont Institute did not immediately return FOX Business' request for comment.

Facebook and Twitter suspended President Trump earlier this month, citing a 'risk of further incitement of violence' after deeming a series of posts related to the violence at the Capitol as inflammatory.

Meanwhile, Rep. Marjorie Taylor Greene, R.-Ga., regained access to her Twitter account after it was temporarily locked on Sunday over "multiple violations" on the social media platform related to claims of election fraud in the presidential and Senate runoff elections.

"Dear @Twitter, Contrary to how highly you think of yourself and your moral platitude, you are not the judge of humanity. God is," Greene wrote, adding that Twitter is "becoming boring" since President Trump was permanently banned after the Capitol riot.

In addition, alternative social media platform Parler is suing Amazon Web Services for a breach of contract and antitrust violation, alleging it acted with "political animus" after severing ties with the company for failure to moderate "egregious content' related to the riot.

Parler's lawyer, David Groesbeck, argued during a hearing last week that the company would suffer irreparable harm if it was forced to permanently close and that it is in the public interest to restore the platform's service. The platform's chief executive officer, John Matze, said the platform would return to users soon in a status update on Sunday evening.