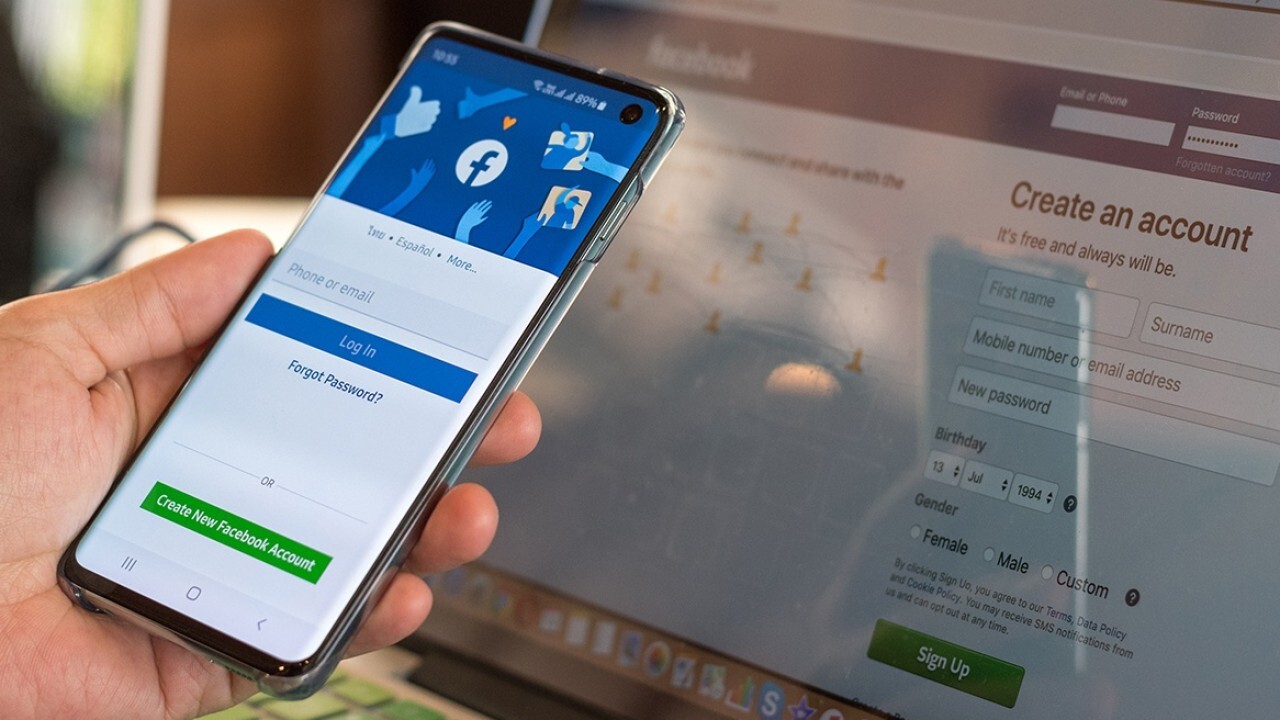 After a year of startling growth, the tech industry faces a more vexing 2021.

The pandemic helped bring the world’s tech giants such as Amazon.com Inc. and Microsoft Corp. to new heights in 2020. The shift to online shopping and remote working accelerated at a pace that would have been inconceivable without the coronavirus.

But there are signs the good times may end soon. Late last year, governments in the U.S., China and Europe separately began investigating whether Big Tech is too big. The scrutiny in Washington is expected to continue under a Biden administration, which also appears inclined to continue the Trump administration’s export restrictions against Chinese companies that are reshuffling global supply chains.

While Big Tech faces perhaps its biggest challenge in years, some sectors can look forward to 2021. The world of electric vehicles may finally arrive. President-elect Joe Biden promises to make cybersecurity a priority. And Washington will start doling out financial incentives to help U.S. companies stay ahead of Chinese rivals.

Here are some of the tech industry’s most important themes this year.

Facebook CEO Mark Zuckerberg appears on a screen as he speaks remotely during a hearing before the Senate Commerce Committee on Capitol Hill, Wednesday, Oct. 28, 2020, in Washington. The committee summoned the CEOs of Twitter, Facebook and Google to

The main regulatory worry hanging over Big Tech will continue to be the threat of antitrust lawsuits. But newly empowered Democrats in Congress are likely to press for more legislative restrictions, as well.

The big question for those companies is whether the incoming Biden administration will choose to expand the federal actions, continue to litigate them or perhaps choose to settle. Both companies appear interested in putting the cases behind them. Each has denied any wrongdoing.

Copycat lawsuits by private parties also are piling up, adding to the headaches.

For Amazon and Apple Inc., the big worry is whether preliminary probes by federal regulators will lead to new lawsuits against them.

Beyond the current crop of investigations and lawsuits, tech companies also must worry that Congress will pass legislation to strengthen existing antitrust laws. As interpreted by courts, current antitrust rules mostly focus on the impacts of business practices on consumer prices. That can make enforcement against largely free search and social-media services tricky.

After the tumultuous final days of the Trump administration, newly empowered congressional Democrats might push social-media companies such as Facebook and Twitter Inc. to get tougher on disinformation and hate speech. Some Democrats suggested as much following the Capitol attack, but no one has yet offered a clear policy proposal.

Will Big Tech get bigger?

Dependency on Big Tech soared in 2020 as homebound Americans and businesses turned to online shopping, software and cloud-computing services and to their smart devices and video streaming. Some smaller companies built for a pandemic world also saw skyrocketing growth, with videoconferencing firm Zoom Video Communications Inc. headlining the crowd.

The entrenchment of technology services in everyday life has set the industry up for continued success this year, analysts predict. Segments such as e-commerce, which by some estimates grew by roughly 50% in 2020, will continue to benefit from the change in consumer habits spurred by the pandemic. And even as offices and public spaces become more accessible with the rollout of coronavirus vaccines, the corporate embrace of remote work is expected to provide sustained demand for the platforms that have helped people stay connected.

“We knew tech was important to us, but there was a level of denying just how important it was,” says Gene Munster, managing partner at investment and research firm Loup Ventures. “The pandemic has gotten us to a point where we are fully embracing it.”

Still, Big Tech will face the law of large numbers in 2021. Record-setting earnings last year mean a threat of a slowdown, particularly for firms that saw several years’ worth of growth in several months because of the pandemic. As growth in some business segments slows, analysts expect leading tech firms to double down on video streaming and other services that are expected to have a bright future.

“They will need to feed the beasts of growth,” Mr. Munster says of Amazon, Apple and others that have entered streaming and other new markets in recent years.

This year will be a pivotal one for the electric-car market.

Tesla Inc., now the world’s most valuable auto company, plans to open two new assembly plants, in the U.S. and Germany, and enter the lucrative pickup-truck market with the all-electric Cybertruck, due out in late 2021 or early 2022. Traditional auto makers such as Volkswagen AG , General Motors Co. and Hyundai Motor Co. also plan to introduce new electric models aimed at mass appeal.

“This is the tip of the spear,” says Scott Keogh, CEO of Volkswagen’s U.S. division, whose ID.4 electric crossover hits U.S. dealerships in March.

Auto executives say greater variety and new competition will help supercharge electric-vehicle sales, as they have in China and Europe. Sales of battery-powered models grew 9.8% in China last year, and 89% in Europe through November of last year, industry figures show.

But in the U.S., where analysts estimate Tesla sold roughly four out of every five electric cars purchased in 2020, full-year sales of battery-powered vehicles fell roughly 11%, according to data from LMC Automotive.

One challenge: charging. The U.S. currently has around 96,000 public chargers for electric vehicles, according to government data, a fraction of what analysts say is needed to support major growth.

But 2021 could bring new impetus to solving that issue. During the campaign, President-elect Joe Biden pledged to build 500,000 new public chargers in the U.S. through 2030.

The massive hack of federal agencies discovered last month revealed the holes in the government’s cyber defenses. After the breach, which officials accuse Russia of orchestrating, President-elect Joe Biden said cybersecurity would be a priority at every level of government.

Diane Rinaldo, who served from 2018 to 2019 as a top administrator of one of the hacked agencies, the National Telecommunications and Information Administration, says Congress can start with a simple step: allocating funding. While the name of the agency she ran suggests technological pre-eminence, its staffers struggled with decades-old computer infrastructure dubbed “sneakernet”—which required them to insert flash drives and physically walk data from computer to computer to back up emails, among other things, she says.

Sneakernet was symbolic of Washington’s outdated computer infrastructure. “It’s so simplistic: We need money,” says Ms. Rinaldo, a Republican. “The systems need to be updated.”

Beyond government, the top cybersecurity challenge of 2021 is the same as it was last year: ransomware attacks, says Eric Chien, technical director of Broadcom Inc.’s Symantec cybersecurity unit. Nothing about that landscape has changed, and it’s up to organizations to continue practicing basic cybersecurity hygiene to prevent such attacks.

What’s unique to 2021 is how organizations adapt to the permanence of work-at-home employees. Before the pandemic, it was feasible to require a few remote workers to access corporate networks via virtual private networks. It’s less so if the whole workforce works from home.

“What if someone forgets they’re on the company network and is watching Netflix?” Mr. Chien says. “That’s a lot of data.” He says organizations can set up simpler security gates, letting employees log into systems if they, for example, are in the correct time zone and don’t trigger security or malware alerts.

In this Dec. 11, 2018, file photo, a woman browses her smartphone as she walks by a Huawei store at a shopping mall in Beijing. China's government has accused Washington of trying to block its industrial development after Vice President Mike Pence sa (AP)

Last year was the year the U.S. government crippled some of China’s tech-industry champions, notably telecom-hardware giant Huawei Technologies Co. and Chinese chip makers. This year will be the year it tries to ensure companies in the U.S. and allied countries don’t squander this edge.

“It’s not reverse engines,” say James Mulvenon, who leads a team of China analysts at defense contractor SOS International. “The Biden administration wants to keep some aspects of Trump policies that are useful, and they want to de-emphasize ones that seem emotional and punitive.”

That could mean maintaining export restrictions on Chinese telecom and chip giants, while leaving courts to figure out the legality of the Trump administration’s ban on TikTok and WeChat.

Maintaining the status quo would let U.S. officials figure out how to spur America’s tech industry. Congress recently passed national-security legislation to give chip companies grants and financial incentives, which lawmakers indicated could be as much as $3 billion per project. Biden advisers have signaled they intend to continue a Trump administration effort to spur U.S. companies to develop open-source 5G equipment technology that could compete against Huawei. And the president-elect himself made encouraging U.S. manufacturing of electric vehicles—a supply chain that China currently dominates—a central plank of his platform.

“The U.S. priority is to increase domestic semiconductor manufacturing so that it’s less reliant on potentially volatile sites in Asia,” says Dan Wang, a Beijing-based tech analyst at Gavekal Dragonomics. “Meanwhile, China has to rebuild substantial portions of the semiconductor software and equipment supply chain.”