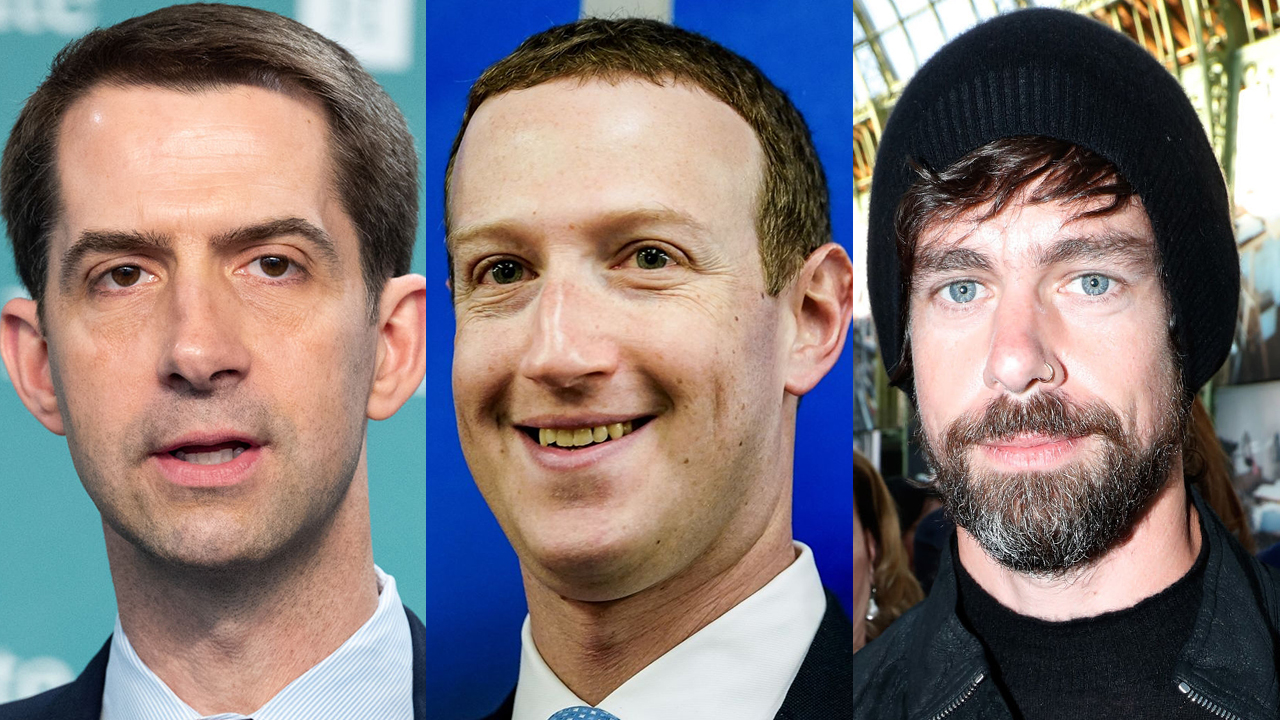 The Big Tech oligarchs have "declared war on the Republican Party and conservatives," and Sen. Tom Cotton, R-Ark., will not hold back, he told "Mornings with Maria" Thursday.

"Those in Silicon Valley -- winter is coming," Cotton told FOX Business' Maria Bartiromo, adding that "all options will be on the table, now that these Big Tech oligarchs have declared open war on the Republican Party and conservatives across America.'

Cotton's comments come on the heels of Twitter locking out the accounts of White House press secretary Kayleigh McEnany and the official Trump campaign over the New York Post's bombshell story on Hunter Biden's emails on Wednesday.

Focusing on Section 230 of the Communications Decency Act of 1996, which has been pivotal in the rise of today's social media giants by allowing not only internet service providers but also Google, Twitter, Facebook, YouTube and others to be shielded from liability from content posted on their platforms by third parties, in most cases,­ Cotton said it "has been too broadly interpreted to give Big Tech complete immunity."

"I support legislation that would modify that, make them act in good faith, make them change the terms of their contract, but at this point, Maria, given just how deeply in the pocket of the Democratic Party they are, now that these Big Tech oligarchs have completely thrown in with Joe Biden, I think it's time that we consider the outright repeal of Section 230," he said.

WHAT IS SECTION 230 OF THE COMMUNICATIONS DECENCY ACT, AND WHY IS IT UNDER FIRE?

President Trump called for the repealing of Section 230 Wednesday night: "So terrible that Facebook and Twitter took down the story of 'Smoking Gun' emails related to Sleepy Joe Biden and his son, Hunter, in the @NYPost. It is only the beginning for them. There is nothing worse than a corrupt politician. REPEAL SECTION 230!!!"

Bartiromo pointed to a new report showing Google is trying to flip the Senate to the Democratic Party, citing previous examples of manipulation, including from 2016 when Google connected the GOP with Naziism in its search results and populated negative results for Trump.

Cotton also said Amazon refused to post a documentary on its platform by Shelby Steele.

"We're going to take a look at the tech companies' protections from liabilities," he concluded.