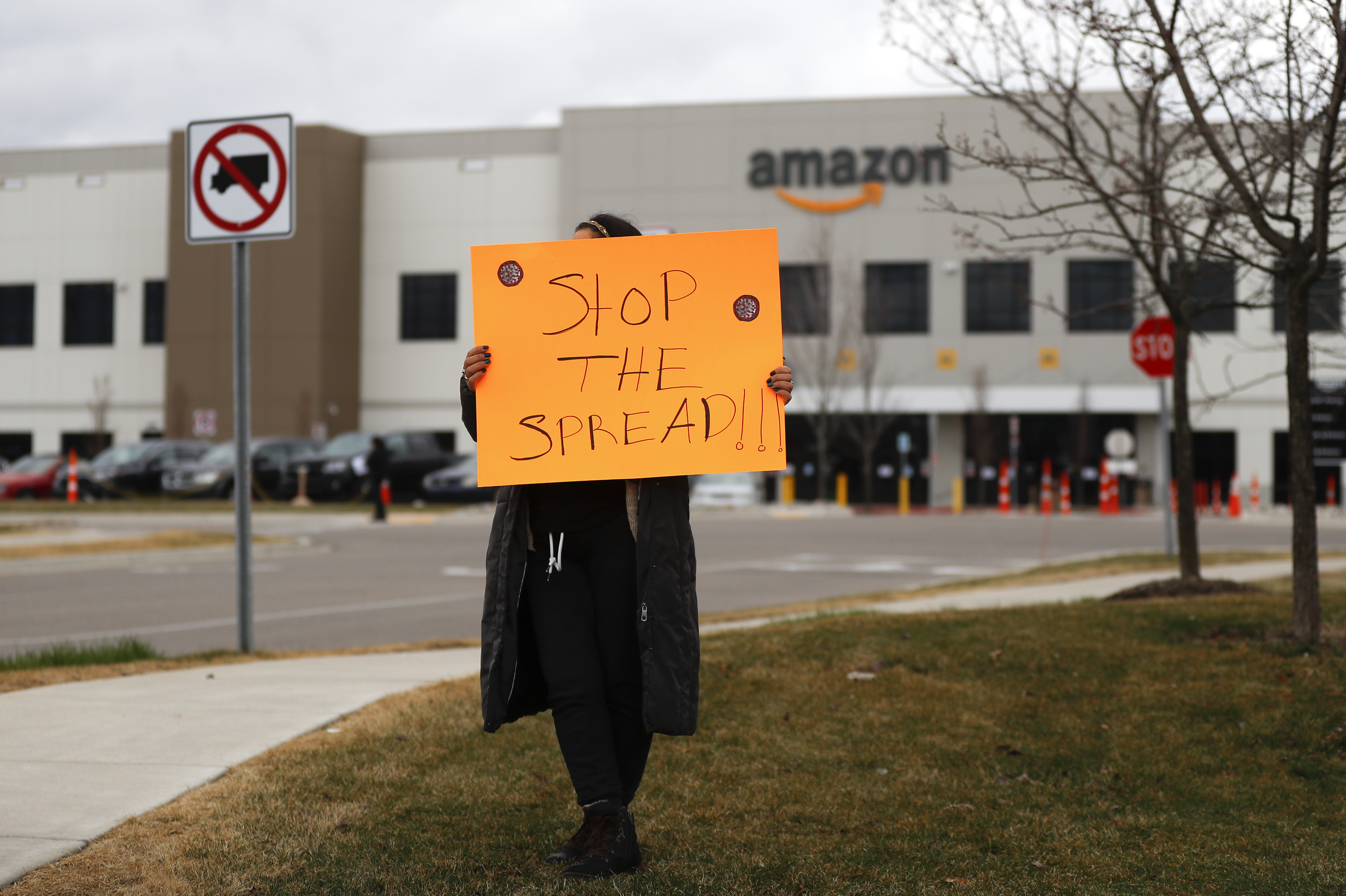 The graffiti came after weeks of walk-outs organized by protesters who argue that the tech giant is not taking proper safety precautions to make sure its employees do not catch or spread coronavirus at its warehouse and distribution facilities.

It took about an hour to create the vandalism outside the Amazon founder's $23 million home, according to The Daily Mail.

Nine protesters wore bright orange and yellow vests similar to the yellow vests Amazon warehouse workers wear as they painted the street. Police were also present at the scene but kept their distance from the protesters, the Mail reported.

WHERE DOES JEFF BEZOS LIVE?

Bezos paid $23 million for the former Textile Museum in Washington's swanky Kalorama neighborhood in 2016. Neighbors include Barack and Michelle Obama, as well as Ivanka Trump and Jared Kushner.

Workers for Amazon, Walmart, FedEx, Target, Trader Joe's and others are planning a mass walk-out on Friday to demand hazard pay and other benefits for essential workers during the COVID-19 pandemic.

Amazon has been vocal in its support for employees, calling them "heroes" and implementing 150 process changes in its efforts to keep employees safe. It has also mandated temperature checks, increased minimum pay by $2 to $17 per hour, offered two weeks of paid leave for all workers and opened a total of 175,000 new job openings that have offered opportunities to those who have been laid off because of the pandemic.

The tech giant has also fired workers for being critical of the company's actions, including two user-experience designers who were let go on Tuesday for "repeatedly violating internal policies."

Amazon previously said it supports "every employee’s right to criticize their employer's working conditions, but that does not come with blanket immunity against any and all internal policies."

Walmart, Target, Trader Joe's and FedEx have also offered two weeks of paid leave and provided personal protective equipment (PPE) for its essential workers, though some employees have pointed out issues with getting access to PPE and take issue with the two-week cap on paid leave.

This post contains material from a previous FOX Business article.