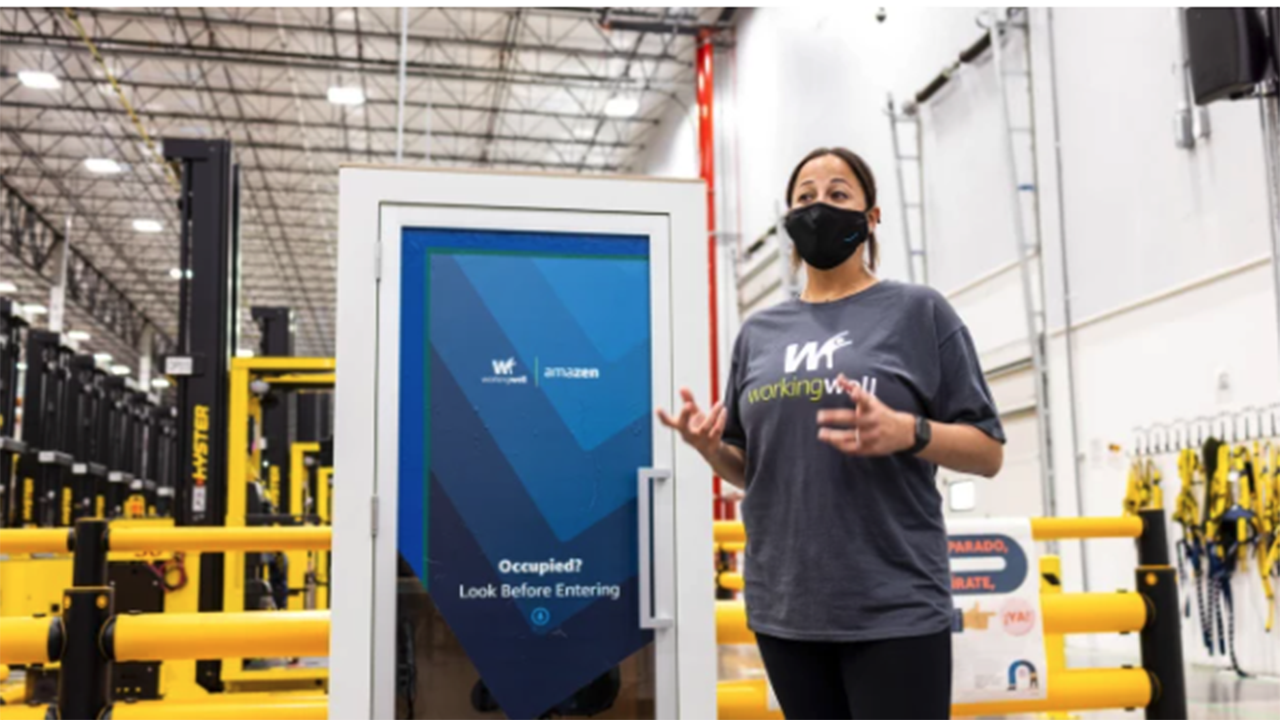 The boxes were created in an effort to help warehouse employees "recharge" their internal batteries by utilizing a "library of mental health and mindful practices" like positive affirmations and guided meditations, according to a now-deleted Twitter video (an Amazon spokesperson said the tweet was deleted due to "angry" and "inappropriate" comments toward the program and the employee who created it).

The company said earlier in May that the program was formed with the intention to provide workers with healthy eating support, wellness exercises and mental activities that are proven to help "ultimately reduce the risk of injury" with the aim of cutting recordable incident rates in half by 2025.

AmaZen, led by program manager Leila Brown, is just one of the services provided in the company's more than $300 million investment into safety projects this year.

"The health and safety of employees is Amazon’s number one priority and has been since day one," Amazon said. "The company works closely with health and safety experts and scientists, conducts thousands of safety inspections each day in its buildings, and has made hundreds of changes based on employee feedback to improve their well-being at work, including development of the WorkingWell program."

It remains unclear how many ZenBooths will be deployed to warehouses and when employees would be able to use them.

In a separate statement, Amazon spokesperson Alyssa Bronikowski told FOX Business: "We’re proud of the employee who created AmaZen and of the program itself—there are many companies that promote these kinds of mental health programs, and we’re proud to offer them."

The Jeff Bezos-founded company has previously come under fire for its working conditions.

Amazon has previously been criticized for rebranding instead of listening to its workers and implementing basic policies.

A Center of Investigative Reporting investigation published in 2020 found that Amazon had recorded 14,000 serious injuries or injuries requiring time off work in 2019, which OSHA records showed was more than three times the national average.