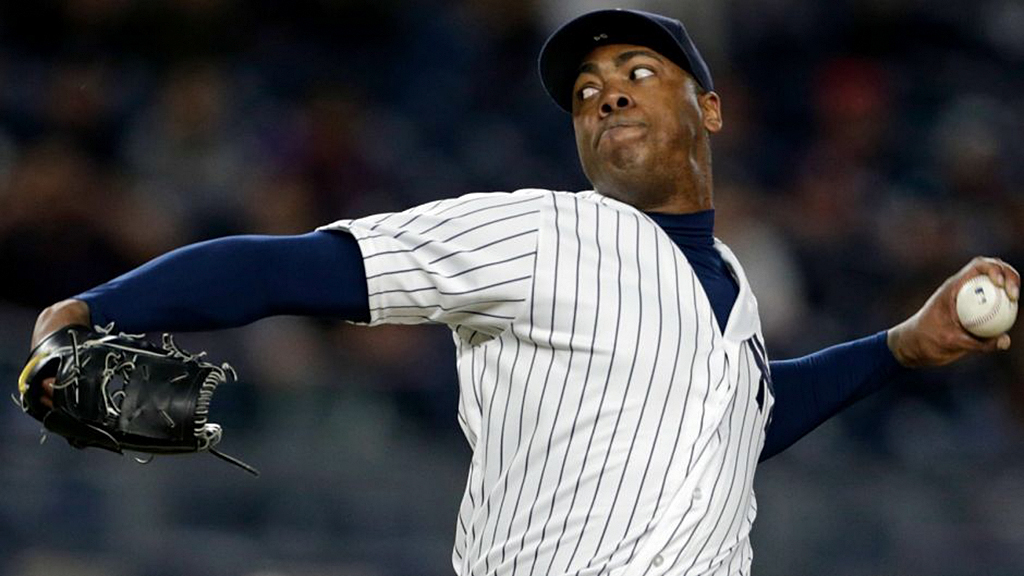 The New York Yankees will have Aroldis Chapman back in 2020 closing games for them.

Chapman had an option to opt-out of his contract with the Yankees and test the free-agent market but instead signed an extension that will keep him in pinstripes through the 2022 season, ESPN reported.

Chapman will make a total of $30 million over the next two seasons and then make $18 million in the final year of his contract, according to ESPN.

The flame-throwing closer has spent 3 1/2 seasons with New York. The Yankees first acquired him in a trade with the Cincinnati Reds in the winter of 2015. He was suspended for the first 30 games of the 2016 season because of an alleged domestic violence incident with his girlfriend. He was accused of choking the woman and firing eight gunshots in his garage. He denied the allegations.

STEPHEN STRASBURG OPTS OUT OF DEAL WITH WASHINGTON NATIONALS TO BECOME FREE AGENT: REPORT
WORLD SERIES STARS MAY BE ON NEW TEAMS DURING THE 2020 SEASON

Chapman was subsequently traded during the 2016 season to the Chicago Cubs in a deal that landed the Yankees shortstop Gleyber Torres. Chapman helped the Cubs to a World Series title before he re-joined the Yankees in the winter of 2016.

Chapman has been one of the best relievers in baseball since making it to the major leagues in 2010. He has a 14.8 SO/9 in 550 career appearances. He is also a six-time All-Star.