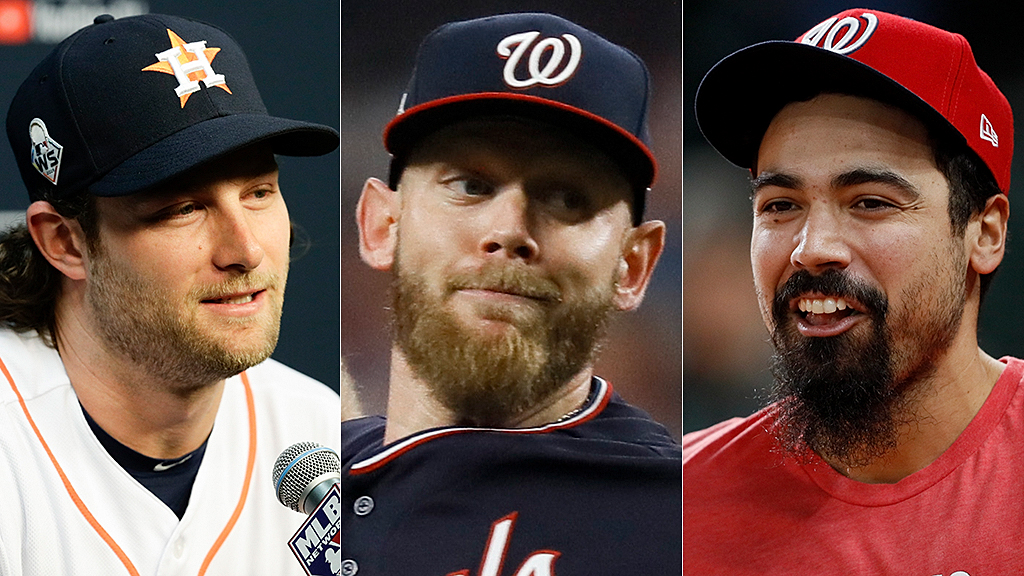 MLB Commissioner Rob Manfred discusses the league's bid to hold the attention of fans and the future of baseball.

Anthony Rendon, Stephen Strasburg and Gerrit Cole all emerged as stars during the World Series, but neither player is necessarily considered a lock to return to their respective teams next season.

Rendon is certainly going to test the free-agent market this season. Rendon, whose agent is Scott Boras, had an MVP-type season hitting 34 home runs and batting .319 with a 1.010 OPS.

Rendon will turn 30 in the middle of next season and it’s unclear what he could possibly command on the open market. According to The Washington Post, the Nationals offered Rendon him a seven-year deal worth somewhere between $210 and $215 million. With his age and given that he’s a third baseman, Rendon might not be able to find a deal like anywhere else on the market.

His teammate, Strasburg, might be in the same boat.

Strasburg signed a seven-year, $175 million deal with the Washington Nationals in the middle of the 2016 season. He earned $35 million in 2019 and would be set to make $100 million over the next four seasons. But he has the option to opt out of his current deal at the end of this season and at the end of next season.

Because Strasburg had a terrific season which culminated into a World Series MVP award and his agent – who is also Boras – looks to maximize his clients’ value every chance he gets, it appears there’s a chance he may test the open waters with Rendon.

Whether a team wants to give a long-term deal to a 31-year-old pitcher remains to be seen and could create a dicey situation for Strasburg moving forward.

On the Houston Astros’ side of the spectrum, Cole leaving the team to head elsewhere is almost guaranteed. Cole was seen addressing the media with a Boras Corporation hat on as he appeared dismayed with Houston failing to use him at a pivotal moment in the World Series.

Cole reportedly wants to head to the West Coast – he’s from Newport Beach, Calif., and went to UCLA.

Cole was among the best pitchers in baseball all season long and will get a big deal from a team. The Los Angeles Angels and Los Angeles Dodgers come to mind as potential suitors while also considering the deep pockets of the New York Yankees.

This offseason definitely creates the possibility of some of the heroes of the World Series and the MLB Postseason may be donning new caps in 2020.